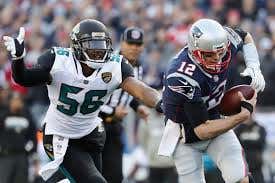 Let’s take a look at the picks Caldwell has made in the top 5.

2. Blake Bortles. Not gonna say anything because I’m friends with Big Cat.

3. Dante Fowler. Traded. Wasnt offered a contract extension and was never a starter.

5. Leonard Fournette. Injured all the time and has a 3.7 yards per carry since entering the NFL.

If it wasnt for free agency and later draft picks like Telvin Smith, the Jaguars wouldnt have the talent they do. Right now, it looks like 4 out of 5 picks in the top 5 werent good. That’s tough to do.

Horrible. God Save Our Jags