Who would’ve thought (roughly EVERYONE in the office) that the Red Sox were gonna put a bow on the MLB season in the fashion they did? Who could’ve anticipated the emergence of so many storylines ready to impact our very own baseball family. The Yanks & Sox were set to battle it out over the course of the summer per usual but this time with two brand new 1st year managers at their respective helms. A back drop all but ensuring a renewed sense of the rivalry that has driven fandom on both sides since the Sox sold off perhaps the greatest baseball rockstar of all time, George Herman Ruth. No shit,There have been other moments since then. I personally have a soft spot for the moment when Jason Varitek tried to get the bug out of A-Rod’s eyeball. 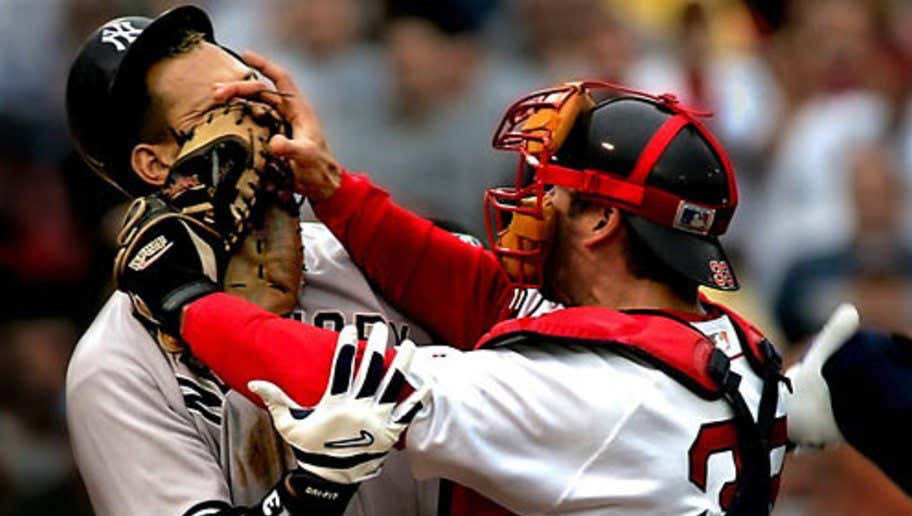 Although, Pedro sending Don Zimmer ( R.I.P Zimm, a fucking legend) down to the ground like an 18 pound house ball down the lane with no wax did MORE than enough to stoke those flames. 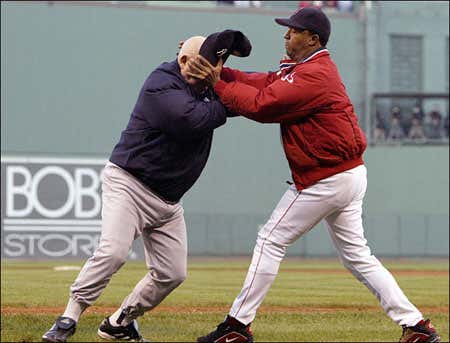 Still not a great look. I mean good lord Pedro, I’ve got a sack of kittens I just found on the side of the road, you wanna spike them like poor ole’ Zimm? (feel free, not a cat guy. Beat it P.E.T.A)

The point here is with history being what it is and Hubbs being the vile human he is by virtue of his Yankee fandom, the manager situations and Jumbo Dong & Big Dick Stanton making splashes in their respective ponds, the season was gearing up to be a BEAUTY.

Then one fateful night in early April the Saugus Rocket would land in Oakland and eventually bear witness to the cultivation of what would become just one of the many bricks used by the Oakland Athletics to pave their way, unexpectedly, to the postseason. Sean Manaea would twirl just the 7th no-hitter in team history against the Boston Red Sox who at the time, were the best team in baseball and riding a white hot start to the season. 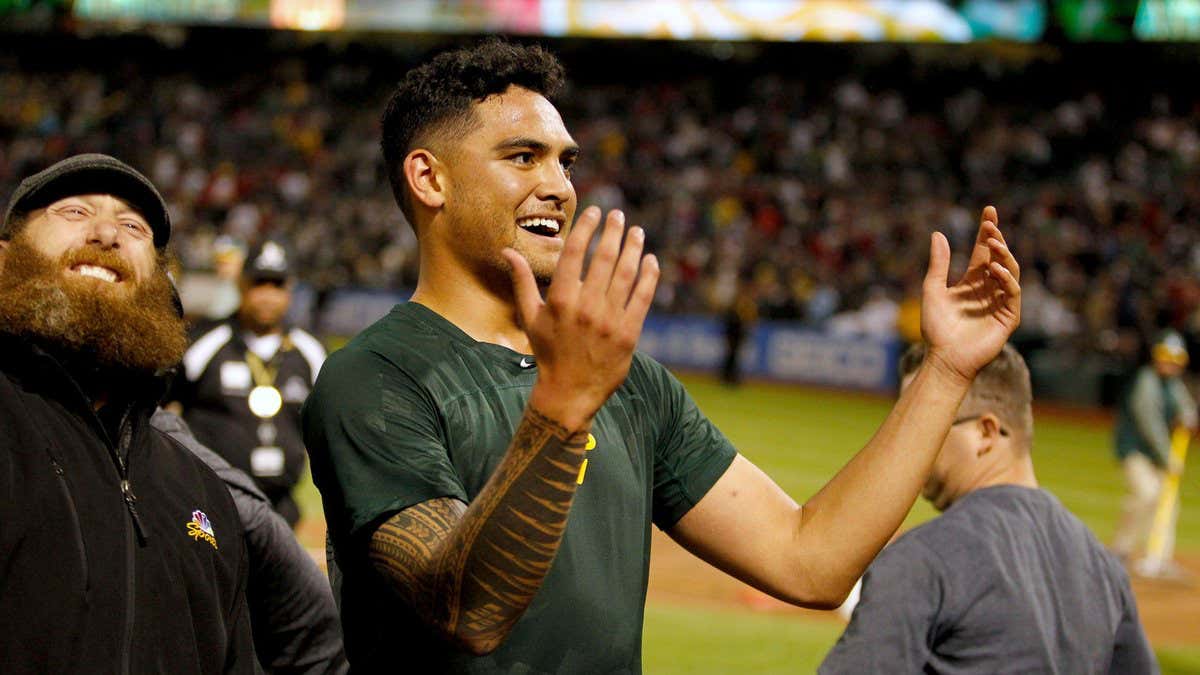 The man on the mound for the Sox that night? The same man who would deliver the final pitch of the World Series, embarrassing Manny Machado on a hellacious slider and bringing a massive & raucous contingency of Red Sox fans to their feet. Chris FUCKING Sale. 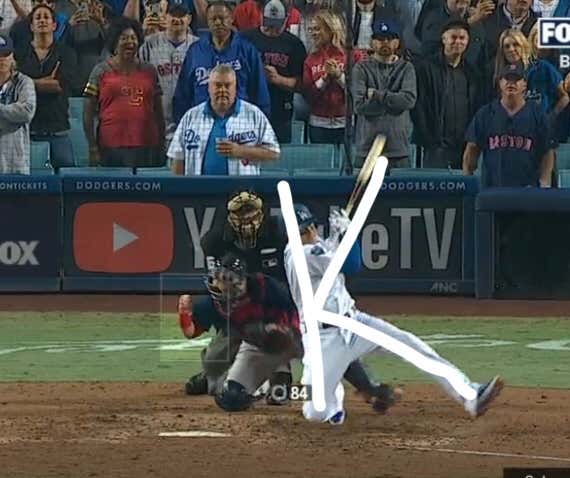 Unlike the Sox that night vs. Manaea however, something hit me. Couldve been the faithful fan of the A’s that put the Saugus Rocket square in his cross hairs and was cocked, locked & ready to unload and BOY did he!

Nobody expected that night would carry the weight it would throughout the season as the A’s would eventually catch fire and make their way to the Wild Card game & also provided me with ammunition when firing at the rocket DAILY. That Wild Card game though was against another familiar face in our Barstool baseball family, Hubbs and DAAAAAAA JANKEES! As we all know the Sox would go on the take the division and the Rockets’ flame would only seem to burn brighter. this was just the beginning folks. From time to time I would check in on that AL EAST rivalry and really started paying close attention when it became possible for the Yankees/Sox games to have a DIRECT impact on where the Swinging’ A’s could potentially be playing post season baseball. Never mind the late September matchup with the defending Champion Astros in which the Red Sox conveniently pissed away 2 of 3 doing the A’s ZERO favors. The rivalry had started to bleed into my west coast bubble and was affecting my daily life. I felt like the slice of pizza getting swept away by the pizza rat! 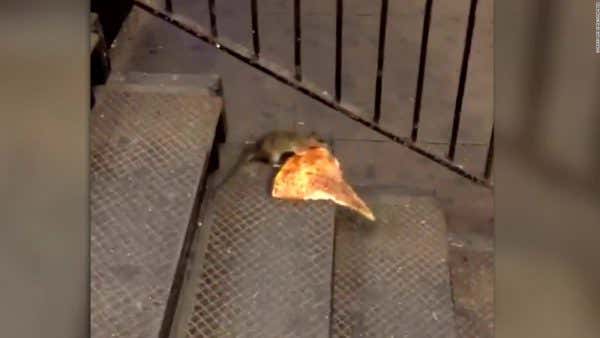 Naturally this put Hubbs on my radar. So as the season came to an end and it became clear that the A’s were going to be headed to NYC for the WC game my focus shifted to that waste of flesh and bone that is Hubbs. While we obviously know how that turned out, it was really a few events that led to the birth of the ‘Facilitator of Fun’. long story short, Hubbs cheered very aggressively in my face, a Yankee fan poured beer on an A’s fan and Hubbs celebrated it. multiple times. #offended- Hubbs pissed of Dave and was forced to watch the World Series push in Boston as punishment and Dave liked the idea of Hubbs being chaperoned. Of course, I obliged.

From the Minute I set foot into Bills on Lansdowne I KNEW I was in ROCKET country. this is where the ride takes off. From the crowd chanting in unison to the double middle finger guy who hates Hubbs to the other 200+ section10 fans, you could tell it was special. you could feel the pride and you could sense the thirst for victory. Maybe that was Hubbs thirsting for a new throat and liver after ending up under the bar in the fetal position like a sacrificial lamb. YOUR sacrificial lamb folks! I was merely doing gods work and seeing that Hubbs knew A’s fans and Sox fans alike wanted nothing but the absolute worst for him. for the record, I drew blood and never even touched the kid. You’re welcome. Well wouldn’t ya know it, unlike the Astros, he survived. Cool.

This just meant that I NEEDED the Sox to keep winning and maybe i’d get another shot to bury the pizza rat bastard Hubbs. For you. For me. FOR US! 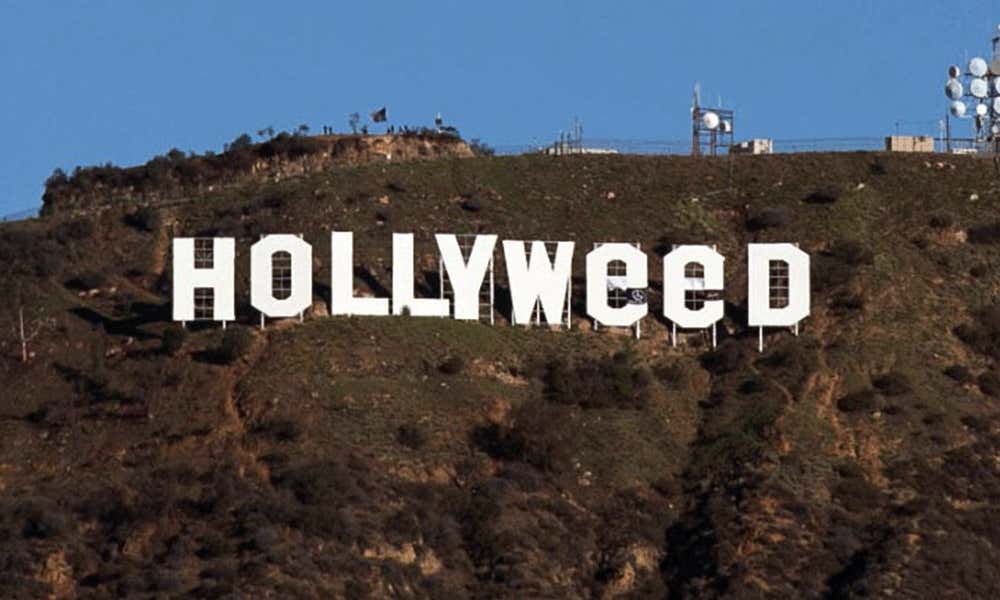 Dodgers in 5, Kershaw MVP. Yea I fuckin’ said it. whether or not I believed it is none of your business. You don’t think I’d just forgotten about what it would be like to drink Carrabis’ tears for all the world to see do ya? Plus, we all knew the ALCS was going to feature the 2 best teams in baseball regardless of what NL team was gonna get the Old Yeller treatment and its more fun to give the Rocket shit than jump on his train. This train was not gong to be stopped however.

As we mad our descend upon Dodger stadium it became abundantly clear that the Rockets’ flare had been seen from miles and miles as fan after fan shoved and shouted for just a glimpse , just a simple acknowledgment from the Rocket was sending undergarments flying about the 3rd deck like a tornado had just struck Laundromat. it was FANdemonium! From embraces to each passerby to heartfelt exchanges with life long sox fans that he clearly had the ear, respect and admiration of. The Rocket was at a god damn home game in LA and I was riding shotgun.
I had to maintain that line I was walking between wanting to throw Hubbs off the 3rd deck because his team beat my team therefore ruining OUR chances of being in this very position and maybe seeing Carrabis throw himself off the 3rd deck watching a potential epic collapse. what followed was a wave of persuasion that I didn’t see coming. The passion, the comradery, the relentless self brainwashing in an attempt to maintain sanity. ALL of it was impressive in its natural environment. ALL of it moving.

As the tide of victory began to slowly ebb and flow in favor of the shores of Boston I was presented with a choice. I could continue to gin up what would only be passed off as half cocked hate a shade towards the Rocket or I could do what I was here to do. Enjoy the ride with the Rocket and shit all over Hubbs. For you. For me. FOR US! So I had to make sure my brother in arms, The Saugus Rocket had as good of a seat as possible to watch his boys do work. Plus snacks are free n those seats and lets just say your boy was feelin’ snackerish.

Damage was done early and the Red Sox never really let you feel like this was going back to Boston anyway.

As the Sox sent Kershaw and the Dodgers home for the 2nd year in a row without so much as a gift basket in the back seat, the wave of Red Sox fans began to crest as the Rocket began to fire his boosters! A narrative shifting, MVP performance by Price and 2 Long balls by Pearce became secondary to what I was witnessing. A young man was starring his life’s work in the face. Years of work & sacrifice. Years of doing what he WANTED to do, HOW he wanted to do it and WHO he does it for came pouring out. Embraced by the traveling Fenway faithful, the Rocket had launched right before my very eyes and yet, there he stood, as grounded as ever. What a ride, ROCKET. WHAT. A. RIDE. 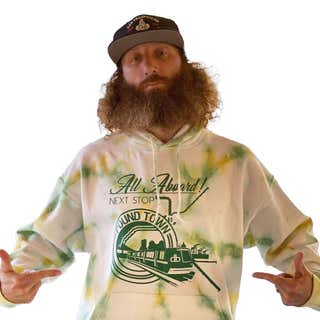