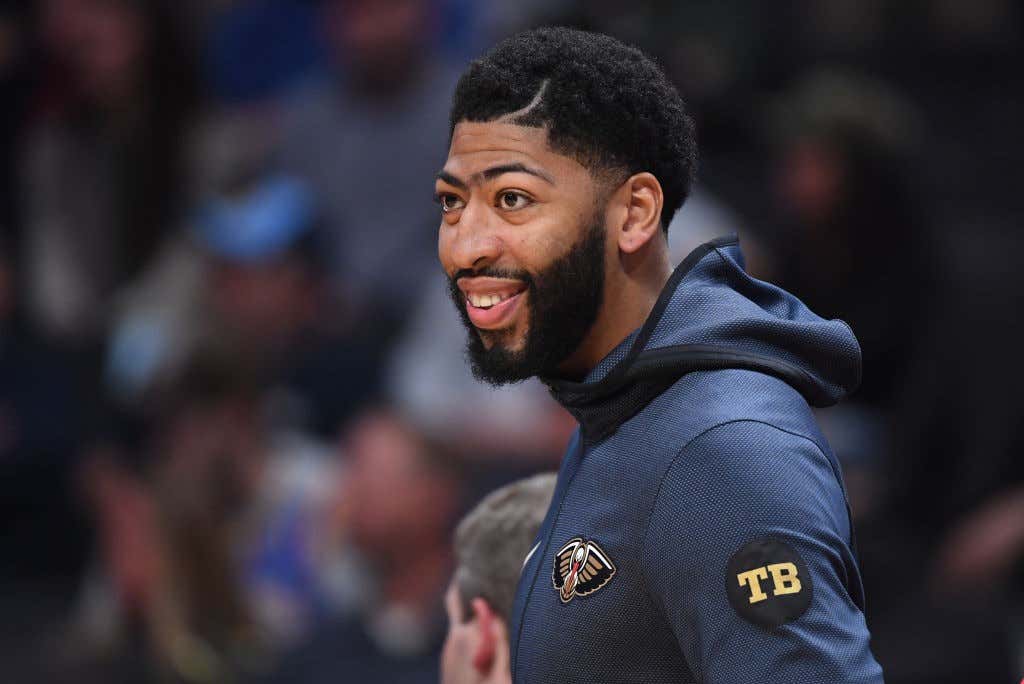 It’s all the rage right now to break NBA records. Each and every night it seems like some sort of record is being broken by someone, mainly a Warrior. This made me think, now that we’ve seen a wide variety of 3P records be broken, what else is on the hot seat? What former player is shaking in their boots that a record they may have held for decades is now in jeopardy? Well I went through and looked at all the single game records/season records and these are the ones I would officially put on the hot seat.

Currently, Kobe Bryant owns his record with 28 FGM, something he accomplished on 1/22/06 against the Toronto Raptors. You may have heard of this game, as it was his 81 point performance

Given the explosion we’ve seen on offense, this record is for sure on the hot seat. Anthony Davis got close in 2016 when he made 24, and we’ve already seen Blake Griffin made 20 FGM in his 50 point outing against the Sixers. It’s only a matter of time before someone does it, and it would not shock me if it happened this year when you combine how poor defenses have looked with pace and all that shit

I’ll give you a second to try and guess who owns the record for most DREB in a game. Shaq? Dwight? Barkley? No, no, and no. It’s actually Rony Seikaly, who had 26 for the Heat back in 1993. That might be the most random thing you learn today. Anyway, we’ve already seen some pretty impressive rebounding performances this season, and given how teams love to shoot nothing but threes, I don’t see this slowing down any time soon. Dwight got close last year with 22 DREB, and I would imagine as soon as he hits the court he has to be considered a candidate to break that record this year.

This is perhaps the biggest no brainer of them all. As a reminder, Steph Curry owns the record at 402 3PM that he set during his unanimous MVP season. He also owns the second, third, and fifth most single season 3PM totals. Klay Thompson owns the fourth. Well, as of now Steph Curry is averaging 6.0 3PM a night, so assuming health we can figure he’ll play around 75+ games (played 79 in 2016, was hurt last year). Let’s say that’s the case, that puts him at 450 for the season. You may say it’s crazy that he averages 6 3PM for a whole season, but have you seen him? Does that look like a man who is going to take a step back? No chance.

Another random factoid for ya, did you know Kendall Gill owns the single game steals record with 11 in 1999 as a member of the Nets? You do now. This total has been challenged a few times over the last few years with both Lou Williams and Draymond getting 10, and already so far this season we’ve seen PJ Tucker snag 7 in a game against the Jazz last week. Something tells me we haven’t seen the last of someone snagging a shit ton of steals, and in my opinion it’s most likely come from the usual suspects

This is one of my favorite all time single game records. Scott Skiles totaling 30 assists in 1990 for the Magic is one of those random trivia questions I always got right as a kid growing up. To be honest, there’s really only one player who could even sniff something like this, and he just so happens to play on a team that puts him in a great position. That is Rajon Rondo. Nobody, and I mean nobody assist hunts like Rondo, he just had 25 in 2017,

and now he plays for a Lakers team that not only has LeBron, but also is averaging 122 points a night. They need to score as many points as possible considering their defense is junk, and I could easily see Rondo put up a classic 7/9/31 line.

I am confident this record will for sure be broken. Currently Wilt Chamberlin owns the record with a single season PER of 31.82. Well guess what, two players already have a higher PER. Those two are Anthony Davis and Steph Curry. Nikola Jokic is trailing as well with the 9th best PER of all time so far with 31.61. These three are going to be flirting with this number all season given all the things they do for their team. Each one of them essentially IS their teams offense, and basically always have the ball

In the least surprising news ever, Russell Westbrook owns this record at a usage rate of 41.65%. That is so ridiculous I cannot even begin to explain it. He also owns the third most, which again, surprises nobody. James Harden has been known to flirt with this usage title in the past, but now with CP3 there and perhaps Jimmy Butler, I think he stays in the mid 30s. That’s why there’s just one player that I think has a chance to challenge Westbrook’s record given what we’ve seen through the first 7 or so games. That man is Giannis. He already has a 36.69 usage rate, and if you’ve watched any Bucks this season and see their new system combined with the fact that he’s going to be gunning for MVP, he’s really the only active player I think has a shot.

I’m sure there will be more obscure ones that are borken, like most consecutive FTs made for a game played on a Wednesday or some shit, but one thing I think we can all agree on is we’re just getting started when it comes to rewriting the record books this NBA season. That’s why this league is so fun to me, sure the Warriors will probably win the title like everyone expects, but the season is going to be filled with all time historic moments that makes it worth tuning in.