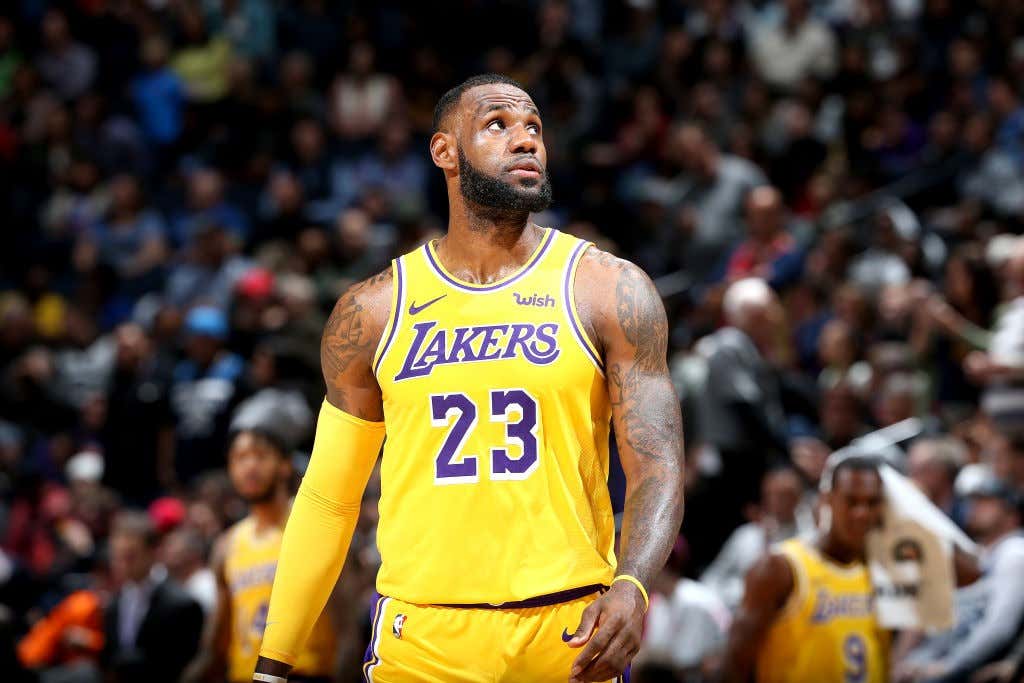 If you had just 7 games before passive aggressive LeBron would show his face, come on down and collect your prize! After another loss last night, the Lakers are now 2-5 on the season, giving up 122.4 points per game, and find themselves 2 full games out of the 8 spot in the competitive West. It appears LeBron is getting a little frustrated, which is odd because where was this mentality from what, 7 days ago?

What happened to taking time, and knowing what you got yourself into? Now it’s as if he’s ready to trade Brandon Ingram and Kyle Kuzma for JR Smith and Kyle Korver. What exactly did LeBron expect to happen when he joined this team? Did he think they were good or something? This Lakers team is filled with kids and went 35-47, did he think they would magically play defense or something? They gave up 109 points a night last year, and it’s not exactly like LeBron is willing to play defense. I have to admit, as someone who was rooting for chaos this second he made his decision to come to LA, I can’t get enough of this stuff.

And he’s right, you don’t want to be around him when his patience runs out because he’ll be handing you a plane ticket to your new home. If you don’t think LeBron has the power to trade and shape this team how he wants, where the fuck have you been for the last 15 years. When LeBron says something Magic is going to listen, and if he isn’t happy with you the next think you know you’re playing for the Hawks or some shit. I mean he’s held up his end of the bargain, LeBron so far this year is averaging 27.6/9.1/8.1/2.0 with 50/24% splits playing 36 minutes a night. However what he’s now learning is that the Western Conference is a different animal than the one he dominated for his entire career, and it’s not going to be as easy for him to just will teams to victory anymore. It’s almost as if nobody told him that was the case when he made this move.

I mean the Timberwolves are a goddamn disaster. You will not find a more dysfunctional franchise than them right now, and they took it to the Lakers every which way. They do have a nice win over DEN, but nobody will pat them on the back for beating PHX. All of their other losses (5) have come against Western Conference teams. If anything this looks like the situation he wanted to avoid (rebuild) rather than one ready to contend for a playoff spot. You just hate to see it.

So I say give me more chaos. Give me more passive aggressive tweets about fitting IN not fitting OUT. Give us the bitch boy LeBron we know and love because we’re not even 10 games into the season and I already cannot turn away from this car crash. Give me firing Luke Walton and bringing in Ty Lue, trade for DWade, you know LeBron wants to.

In the meantime, nobody is going to want to hear you complain. You chose this life bud