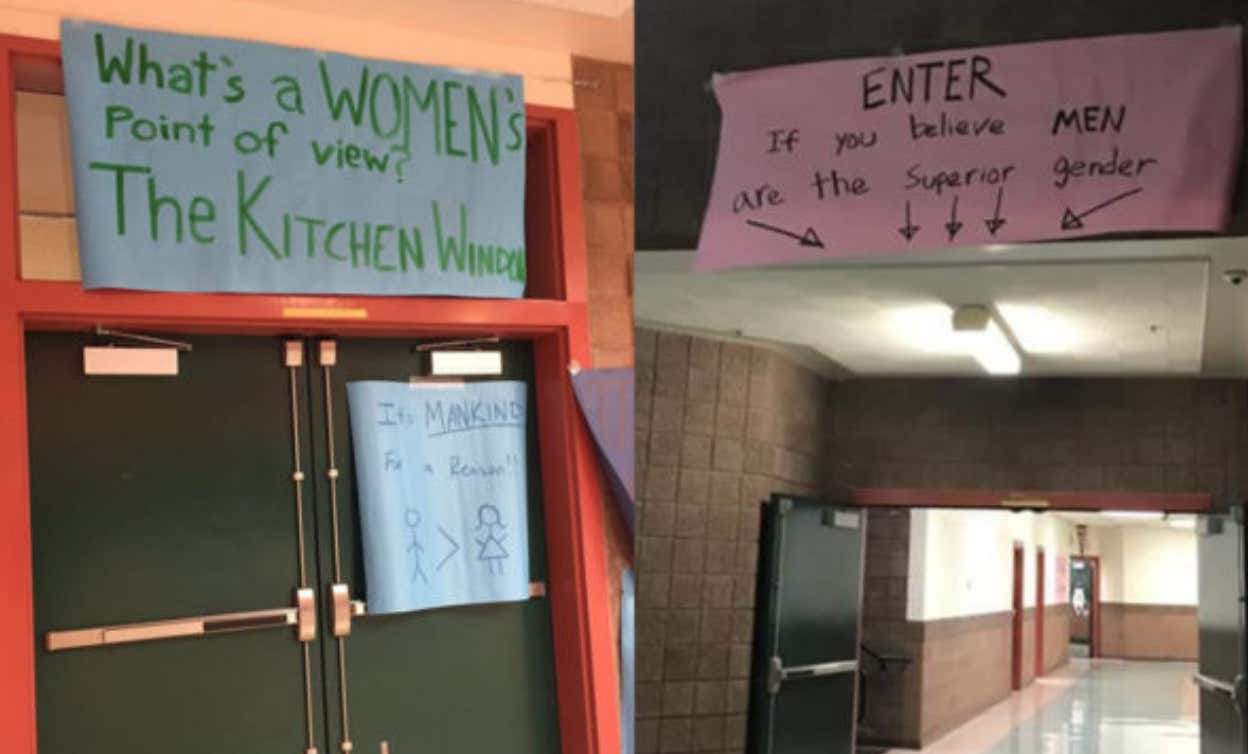 SOURCE-For the second year in a row, Snow Canyon High School’s annual Men’s Week has ended with the school filled with posters telling students that men are the “superior gender.”

I’m going to read the rest of the story, but geez this doesn’t sound like a great idea.

As an annual tradition, Snow Canyon High School holds a Men’s Week and a Women’s Week, events that the school has, in the past, billed as a “battle of the sexes.”

An annual tradition?! Does PFT run this school as a principle or something?

It’s a tradition that’s gotten them in trouble before. In March of last year, pictures of posters with sexist jokes hit social media and caused a public outcry against the faculty.

All controversy is good controversy, I guess? High school’s across America are holding diversity days once a month to have their kids be more woke, but this one is doing the opposite. Continuing to hold “The Battle Of The Sexes.” When we think of weird states across this beautiful country I think we forget Utah too much. 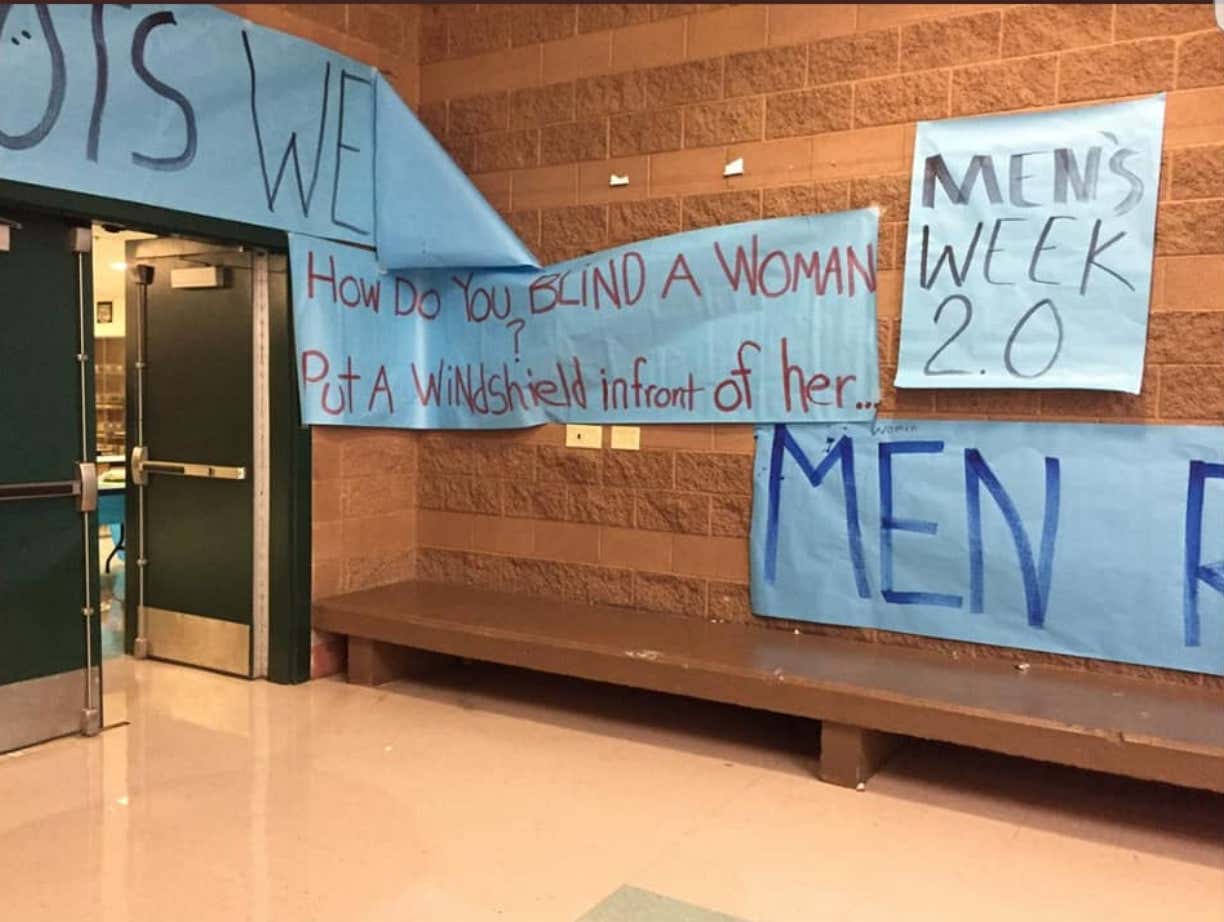 Did I laugh? Yes. Does that make me an asshole? Probably. You laughed too, so at least we can be assholes together. The kids are creative with their sexism. 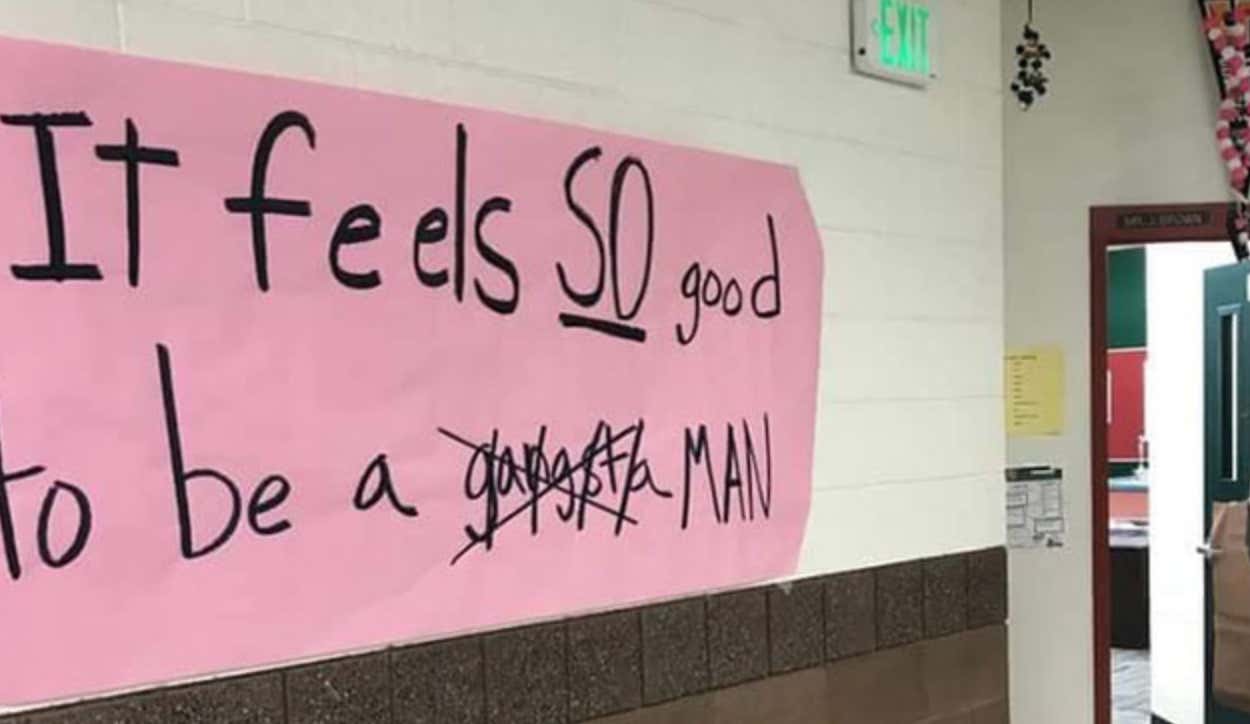 On the Friday of the week-long event, the boys were supposed to be thrown a pizza party and allowed early dismissal from class. Instead, the school opened the pizza party up to all students and canceled the arm-wrestling contest.

I’m just in shocked this whole thing went on without a single person in the school going “hmmmm, maybe we should stop doing this?” Group think is a powerful drug.

The event was meant to be part of the school’s “Battle of the Sexes,” with a “Women’s Week” being held in February.

Apparently, the “Battle of the Sexes” has been canceled. Unacceptable! You’ve got to let the women of the high school go now. You can’t let them not be able to bark back with their own signs. Life may not be fair, but it needs to be fair in this situation.