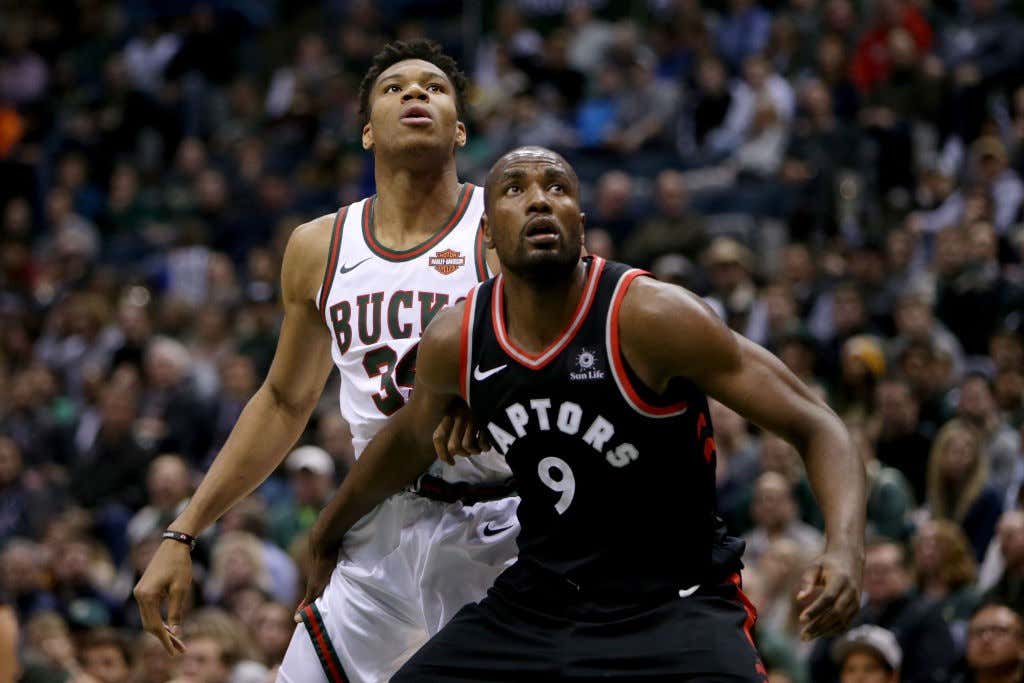 Well this fucking sucks. Safe to say heading into tonight’s game this was probably the most hyped matchup of the young season in the East. The undefeated Raptors (6-0) heading to Milwaukee to face the undefeated Bucks (6-0). So far we’ve seen the Raptors dominate, but 5 of those 6 wins came at home so this was a great chance to see them prove their standing as the best team in the East at the moment on the road. Then for MIL, this new system has them firing on all cylinders but at the same time, wins over CHA/IND/NYK/PHI/MIN/ORL certainly leaves room for questions. I mean IND is good and they won that game by 17, so there’s no reason to think the Bucks aren’t for real, this was just going to be a great measuring stick game to see how good they might be. Do they live in the TOR/BOS tier, or are they more along the lines of being the best team of that next tier that has teams like IND/PHI/DET in it.

Frankly, I think Kawhi not playing for (rest) is pretty lame. He hasn’t played since Friday, and hasn’t played a back to back yet. I get it, you want to be cautious, and maybe hearing that Giannis was out is one of the reasons he’s sitting, but come on. You’re really saving him for their B2B against the Sixers? Grow up. If he’s healthy let’s see him play. I know the Spurs did shit like this, but how on earth does Kawhi need rest. I get he plays around 35 minutes a night when he does play, but it’s not like he has a shit ton of miles on his legs. In addition to Kawhi sitting out, it looks like the Raptors are basically punting this game, which as a basketball fan I find annoying. It’s weird to me that if guys are healthy they aren’t playing, because as we saw last year with how tight the East may be, head to head matchups matter. I know it’s only late October, but when it’s two good teams like this, these kind of games matter.

Now for those of you who are skeptical of this Giannis diagnosis, considering he was allowed to play after he got hit in the head the other night, apparently there’s more to the story. Here was the play from Saturday night

This is something you do not mess around with. I was surprised he was even allowed to continue to play on Saturday night, but now that he is showing legit symptoms you obviously have to hold him out until he is cleared. We’re at the point now where you can’t mess around with head injuries so I have no problem with him being out, he’s really hurt. It’s the Raptors that are being little bitches (outside of OG’s personal reason). These two teams don’t play again until December 9th up in Toronto, so I guess we’ll have to wait until then to get a litmus test between these Eastern Conference Contenders.

If it were me, I would find some way to reschedule this game. Make up some excuse with the arena or something and give everyone with tickets a credit or something along those lines. It sucks that the first big time matchup of the East can already be disregarded before it even starts, and I mean I’ll still watch it, but that doesn’t mean I won’t be annoyed the whole time.