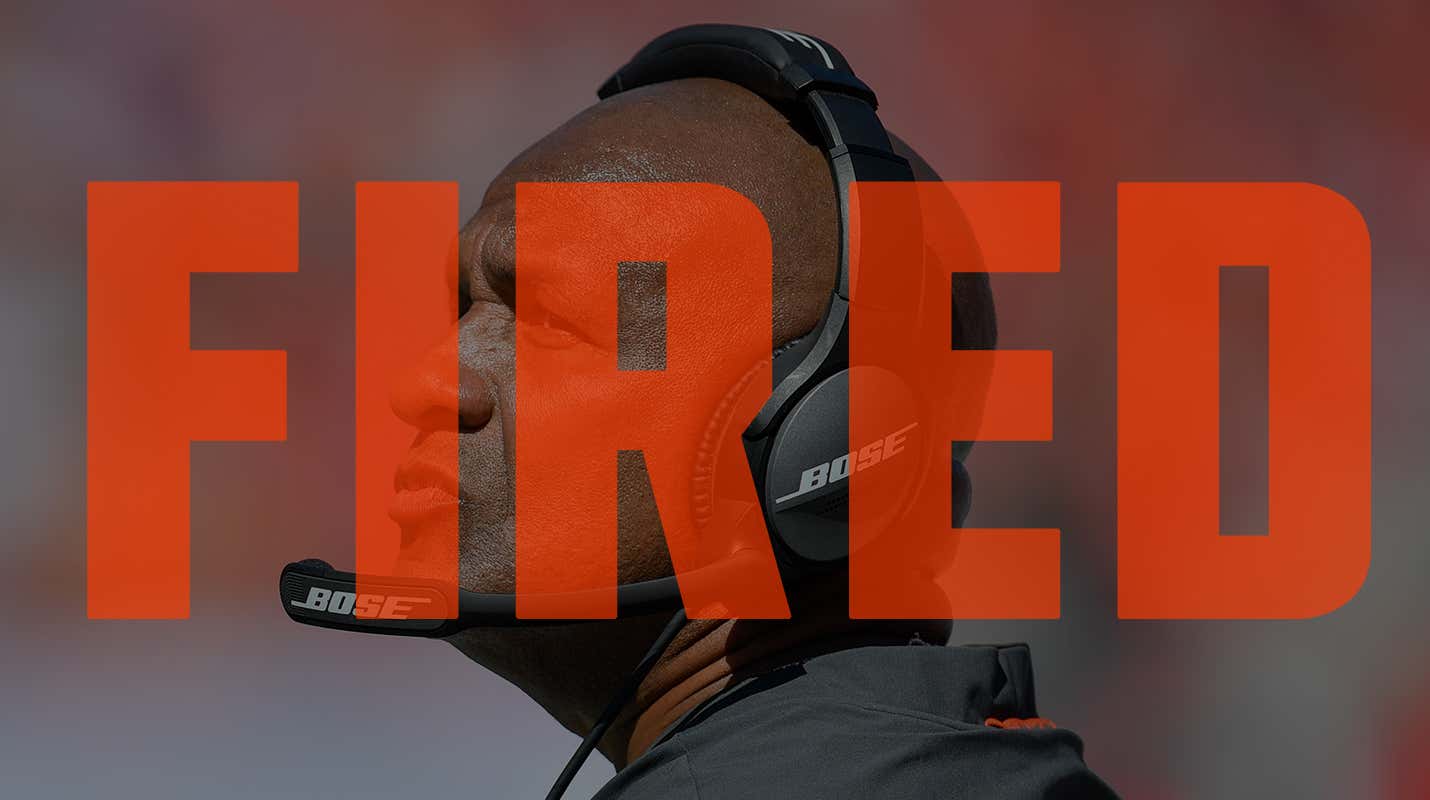 It’s over! They did it! My goodness, they finally did it!

After going 3-36-1 in three seasons, the Browns have finally canned Hue Jackson.

The guy has the second-worst winning percentage in the history of the NFL. Even with that stat, nobody tossed more coaches and players under the bus than Hue Jackson. He took credit for things when they went right…

Then didn’t say shit when it went back to being bad.

He didn’t know how overtime worked.

He ran QB sneaks from the three yards with no timeouts and 15 seconds on the clock.

It’s over. There’s still more that has to change. I am not sure Gregg Williams and Todd Haley can be around much longer. Williams has had the defense okay at times this year, but even Myles Garrett called out his scheming and play calling yesterday.

Todd Haley has also done his fair share of damage to the team with questionable calling and decisions at times as well.

But the real issue was Hue Jackson.