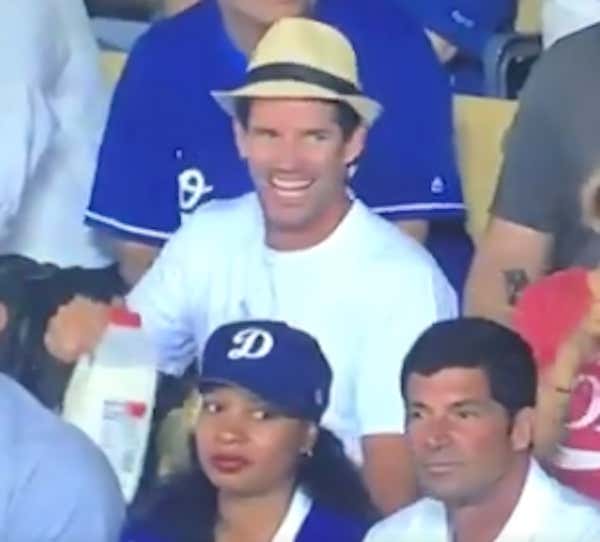 While the Red Sox winning the World Series is obviously a huge deal, especially around here at Barstool (click here to buy all your championship gear), I feel like the biggest story of the night was this nutbag bringing some whole milk into Game 5 of the World Series. I know Dodgers fans have taken a lot of shit over the years for being soft because they arrive late, leave early, and just don’t have the edge as some of the crazy fucks here in the Northeast. But as someone that spent a week in LA and actually experienced the mind bottling traffic to Dodgers Stadium (about 2 hours to go like 2 miles) and incredible Cali weather, I can actually understand some of the reasons Dodgers fans do what they do.

However, there is absolutely, positively no coming back from this guy for Dodgers fans. I can overlook the fedora just because douche chic is an actual style for people that live in LA. But bringing a half gallon of milk to a World Series game is straight up loony tunes. And not just any milk, but whole milk. That’s the hard stuff.

I could almost excuse this if it was a Padres game in San Diego during the dog days of August and this guy brought some cereal for a nice picnic, was a Lebowski fan that wanted to slug some White Russians while watching some hardball, or had a baby to feed. But bringing just a bottle of milk and a mouth to a ballpark is nuts. Any adult that is drinking milk on a consistent basis deserves to be on some sort of government watch list. But to drink it directly from the bottle during a game is next level cuckoo. You know who does that shit? Ron Burgundy during the biggest meltdown of his life and the motherfucking McPoyles. If I saw someone casually chugging milk out of the bottle while walking to HQ, I would run to the other side of the street. You know how much it takes to get a fat asshole like me to run? But this guy’s face, fedora, and absolutely preposterous move of bringing a bottle of dairy into a baseball game would get me to do it. How did this guy make it past Dodgers security? Yeah a bottle of milk is different than a weapon. But if you are brining either into a baseball game, you clearly cannot be trusted. This lady knows what I’m talking about. 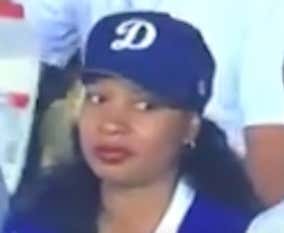 To be honest, if you told me this was a guerrilla marketing campaign for the upcoming new Joker movie, I’d believe you. Because if you slap a Why So Serious on this picture, it actually makes perfect sense. 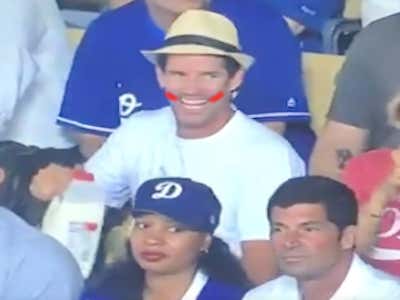 After all these years, it turns out The Joker’s origin story is a fedora-wearing Cali bro that has enough pull to get tickets to a World Series game. Biggest comic twist since (I’d have to ask Robbie Fox for a comic twist this big). We’ll just say biggest twist since Bucky Dent’s home run.

Anyway, clean it up Dodgers fans and try to play up the “We arrive late and leave early” stereotype so hopefully the rest of the planet forgets that this maniac is the new face of your fanbase until further notice.

UPDATE: Looks like he may have actually been planted there as some guerrilla marketing for some Fox Sports segment. I hate what the world has become in 2018.