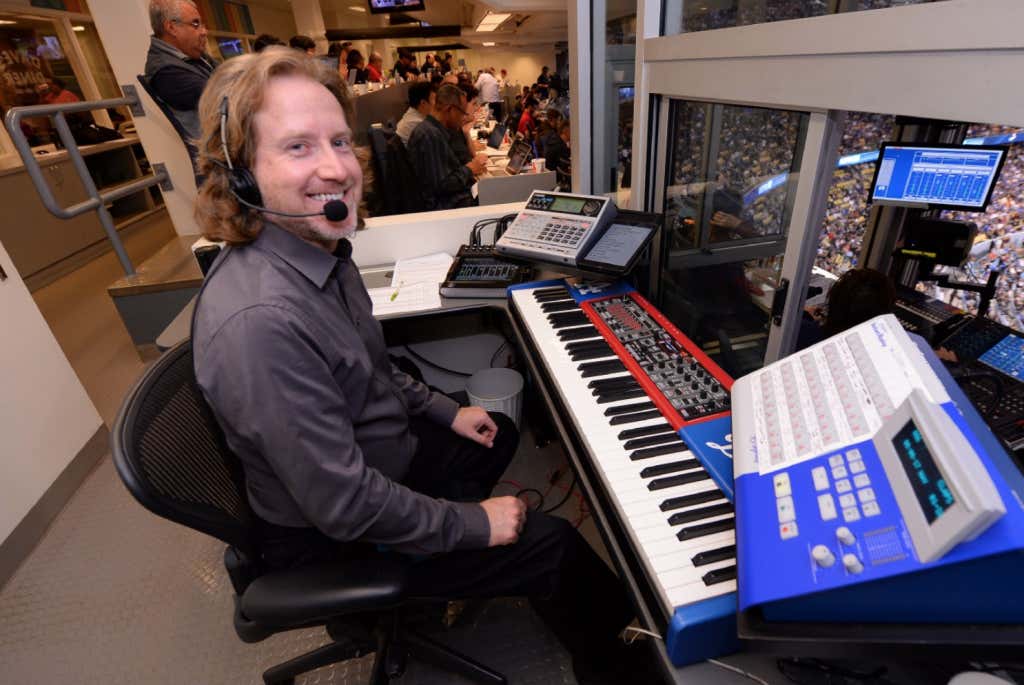 Last night’s 18 inning rollercoaster marathon was something I won’t forget. It had just about everything, besides Drew Pomeranz throwing a pitch. I honestly forgot David Price came in relief or JBJ’s clutch game-tying home run. It was an incredible to watch from my point of view. Three things stood out to me: 1) Nathan Eovaldi is a cyborg and can throw an unlimited amount of pitches 99 mph 2) The Dodgers organist is a maniac and has to been wired on tons of drugs 3) The Dodgers scoreboard guy who hits strike or ball is the best anyone has ever been at any job in America.

Nathan Eovaldi turned in one of the best relief performances in World Series history, after already pitching in Games 1 and 2. This dude was average/middle-of-the-road for most of his career and now he’s the best postseason pitcher ever (Joe Flacco syndrome). His arm is robotic and he’s a horse on the mound. It takes a lot for me to give this kind of credit to a Red Sox so I will keep it brief, but it makes no sense how this guy is doing what he’s doing. I look forward to him getting PAID in the Winter from somebody only to suffer from a horrible burnout and lose feeling in his arm entirely. There’s just no other way this plays out.

The Dodgers organist from start to finish, 1st to 18th was a goddam monster. A big part of Dodgers Stadium is the blasting music and organ. To help balance out the pathetic quiet crowd, the stadium pumps the noise all the way up. Dieter Ruehle is the man behind the music and I respect the hell out of this guy. He put in a full 18 inning perfect performance last night and din’t miss a beat. It’s sort of something you always notice but don’t actually put thought into how you’re hearing everything. Well, all of that is being played live and it’s downright impressive to do that for 7 hour straight on command.

When you’re at a game like last night you start to lose your mind a little bit. You notice the little things happening. Well, whoever controls the Dodgers scoreboard and hits “strike” or “ball,” he or she is the best at any job that has ever been tried. I’m talking the pitch would leave Walker Buehler’s hand and the scoreboard would know how it would be called before it hit the glove. The only explanation is that they are from the future. The timing was next to impossible how fast it was. I’m almost looking forward to the organist and the strike/ball scorekeeper more than the game. Well, besides Drew Pomeranz entering the game. I’m here for that. I traveled across the country to see Drew Pomeranz pitch meaningful innings in the World Series. It’s like if Sonny Gray ever did that for the Yankees. Watching him sit alone in the dugout from the 13th inning on while Eovaldi shoved was hilarious. No one talked to him, he just sat alone, casually winding his arm up in case Cora made the call. It never came, and the Steven Glanzberg of baseball had to wait another day to shine. 27 days of rest heading into tonight! Can’t wait!