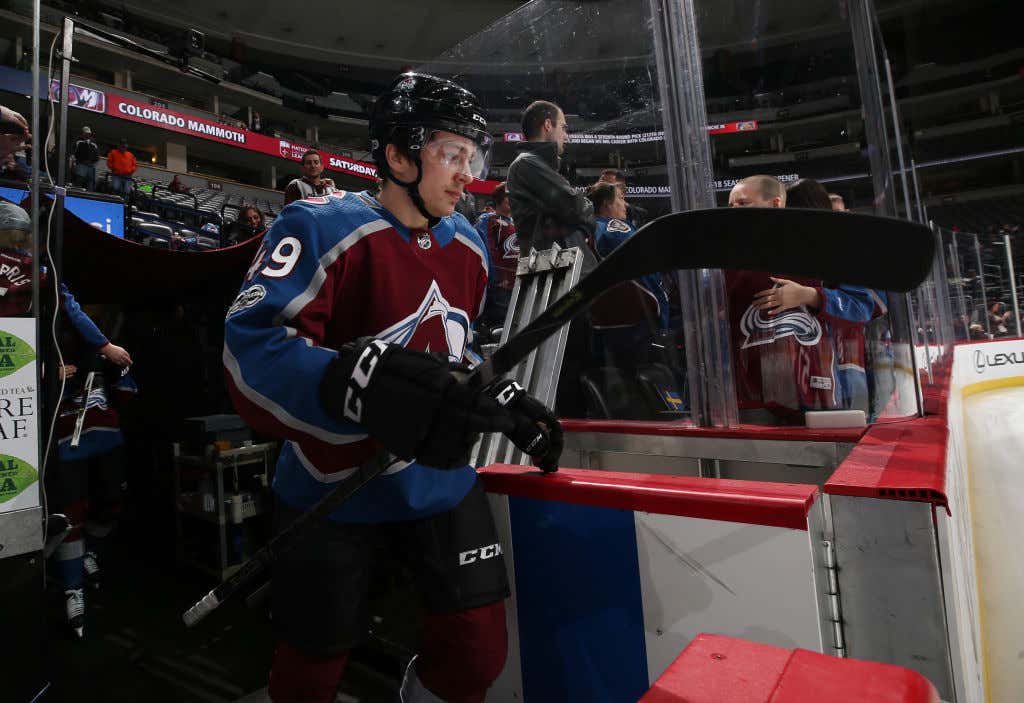 I can’t stop listening to this. Colorado Avalanche defenseman Sam Girard was asked to sing ‘Ava Maria’ in front of fans last night and he belted out the most amazing singing voice I have ever heard.

Girard is a good hockey player and all. 20-year-old with a ton of upside. The Avalanche acquired him in the deal that sent Matt Duchene to Ottawa. But man, what the hell is this guy doing in a hockey rink? The guys should be making a zillion dollars singing opera all over the world. I’m not really sure the market for Opera singers or even the salary, but why risk injury when you can sit on your ass and sing all day.

This would be the coolest thing in the world if you could sing like this. Imagine? Being out on a Friday night at the bar and you just belt this out? Where ever I go I would just sing because I know I am better than everyone else at it. A ton of people would probably be weirded out by it, but a ton of people who also fucking love it. How could you not love that?

The 20-year-old from Quebec was drafted in the 2nd round of the 2016 draft by the Nashville Predators then traded to Colorado in 2017. He played in 68 games last season with the Avs and scored 3 goals and had 17 assists. Through 10 games this season, Girard has 3 assists on the year.