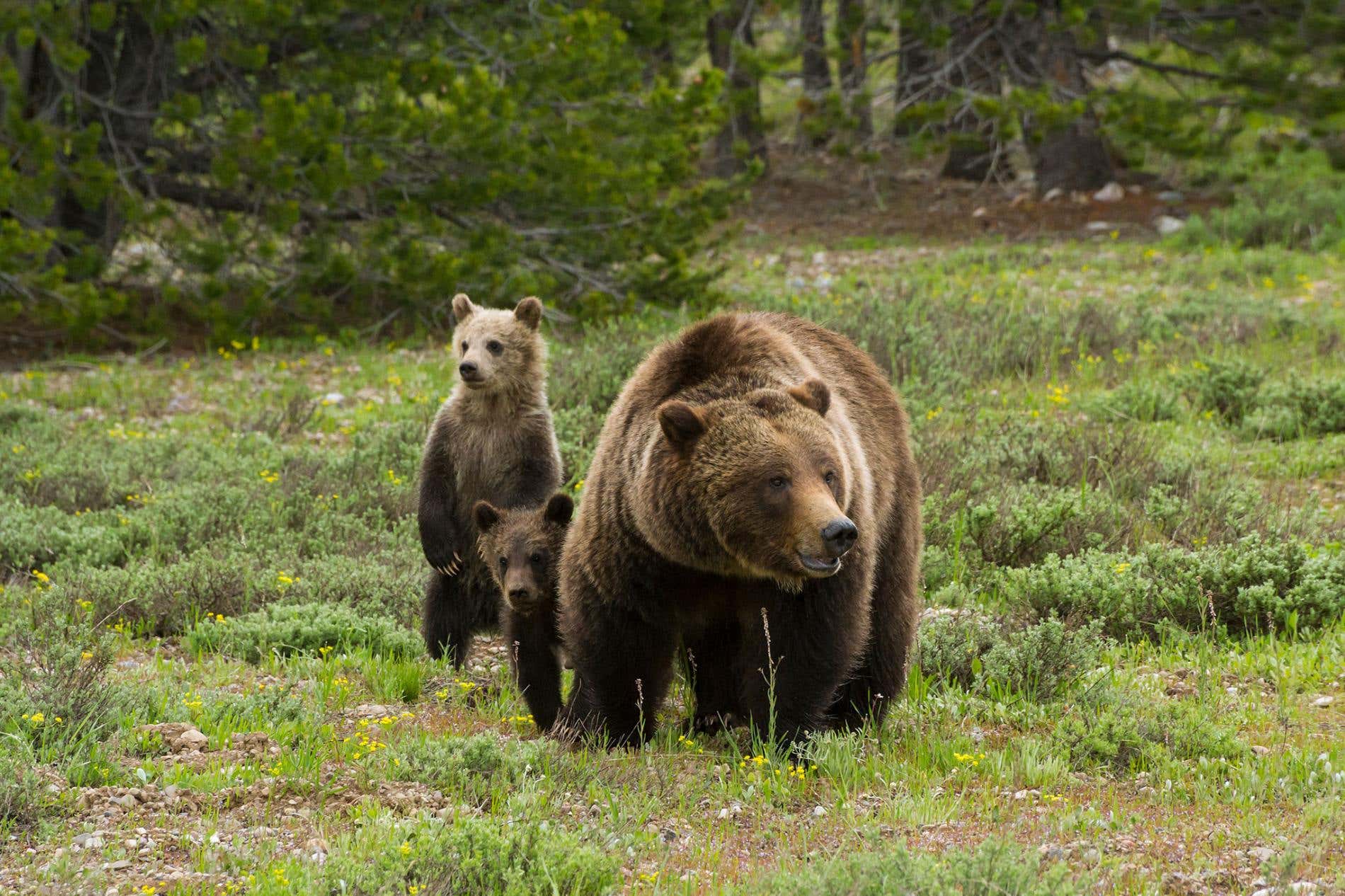 New York Post - When a Canadian family noticed a group of bears on their property, the father attempted to scare them off by firing a warning shot into the air. Unfortunately, this provoked the mother bear, who charged. Amazingly, the man was able to fire off his last shot, momentarily knocking the beast off her feet and giving him enough time to make it back to safety. He later tracked the bear family, and believes while the mama bear is sore, she’s okay.

I can’t stop watching that video. It’s such an outstanding combination of horrifying and mesmerizing. When that bear starts sprinting at him down the hill, my heart drops into my colon. I don’t know how that dude didn’t shit his pants. He must have either already pooped or he might just be incapable of feeling fear. I guess having a shotgun in your hands helps with the confidence just a little, but at the same time you never know how you’re gonna react when you’re truly facing a life or death situation. That’s some real life fight or flight shit.

It’s incredibly impressive that he had the composure to identify the oncoming attack, recognize that he was about to die, back pedal a little, and then fire perfectly with his shotgun, knocking the bear off it’s feet without killing it. You don’t just learn how to shoot like that overnight. You learn how to do that by spending countless hours in the gym, or outside, practicing. You hone your craft so when the moment comes in real life, you don’t end up on your back in a pile of your own shit while a massive mother grizzly bear rips your handsome little face off.

My only issue with this video? Someone needs to let me know what happened to the dog. Why is no one telling us what happened to the dog? He runs inside and the dog is left out there to fend for itself. That’s the last thing we see. It should be the first thing they tell us after the video. Jesus I hope that dog is okay. If your dog is getting attacked by an angry grizzly bear you don’t t leave your dog outside to just get obliterated. You get your ass out there, and you save that fucking dog.

I found the full video posted by the guy who shot the bear. It’s crazier because it has sound and is being filmed by a woman watching her husband nearly die a horrific death. He also tells the whole story in the video description. Turns out he actually was incredibly prepared for this exact type of situation and has dealt with bears his whole life. That definitely makes a lot more sense. Still unsure about the status of the dog though.