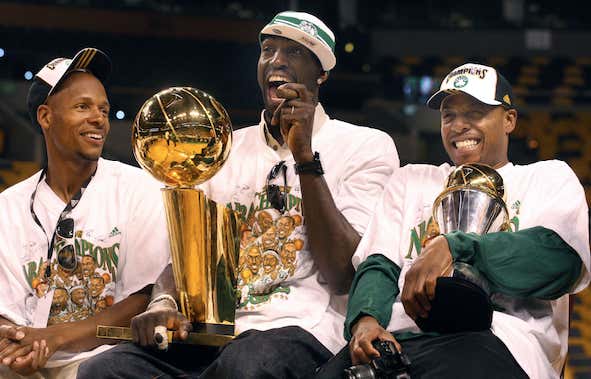 When I saw KG put out this video yesterday, I couldn’t help but be filled with emotion. Even though it’s been over 10 years since this group was together, it still makes me emotional whenever I see content involving them together. I guess that’s just what happens when you’re the only Celtics team I’ve ever seen deliver an actual banner. Remember, 2K doesn’t count. Watching this made me think of a fun hypothetical that I wanted to take to the blog and see what you guys may pick.

If you could pick someone from this 2008 team and put them on the current Celtics, who would it be?

Now, a couple ground rules. Obviously a majority of you would choose one of Paul/KG/Ray. That’s too easy. Personally I would go Paul because he’s my favorite Celtic ever, but I could see the argument for KG as well given how this roster is constructed. So to avoid that, I am making those three ineligible. Don’t even think of picking them for the sake of this fun exercise. As a reminder to make this easier for you, here’s what that roster looked like. 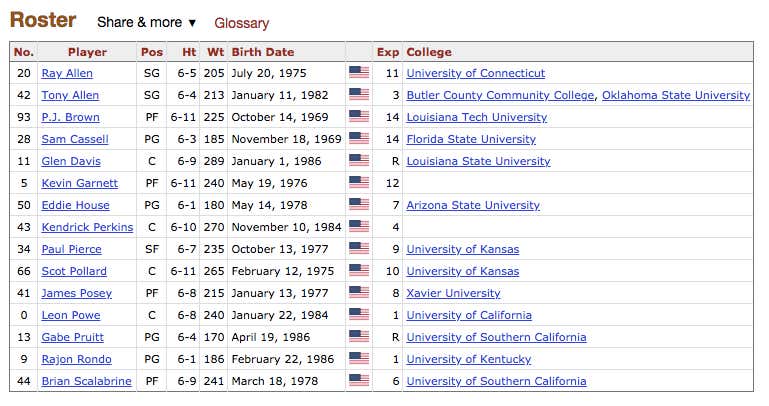 Once you eliminate the Big 3, it’s a bit more of an interesting debate. You have to consider how this team is currently constructed and how the NBA has evolved since that time. After thinking about it for waayyyy too long I have it down to these three

Why Perk when we already have Baynes and Boo Butt? Well, it’s simple. The Celtics have never lost a playoff series when the starters were fully healthy and Perk was in the starting lineup. So what would I do? I would start him, wait for the first dead ball, then immediately sub him out and go with our regular guys. His success rate is too great to ignore, and that’s not my homerism talking that’s analytics.

What do we know Brad stays up late at night and gets his rocks off to? Versatility. Well way back in 2008, James Posey was the versatile stretch four in small ball lineups that would fit in perfectly on this team. A guy who doesn’t need the ball on offense, can hit you a big momentum three, and then is a dog on defense. Put him in a lineup with Smart/Rozier/Morris/Posey/Baynes and see who scores on that.

Partially because he is a fellow Sun Devil, and also because I feel like he would love life in today’s NBA where all you are asked to do is hit threes. As we know, this team desperately needs shooting because they shoot the ball like dickheads. Put Eddie out there, run him off screens, drive and kick whatever. I would love to see him finally be the answer to our shooting woes.

Now I turn it to you. Who would you go with? It was painful for me to not go with Rondo, but I feel OK about the PG spot. You could talk me into a young defensive beast Tony Allen, because watching him and Smart bully people would be awesome. Hell, even Scal would be awesome because every championship team needs a mascot. So who would you pick and why? Give me your top three in the comments below.