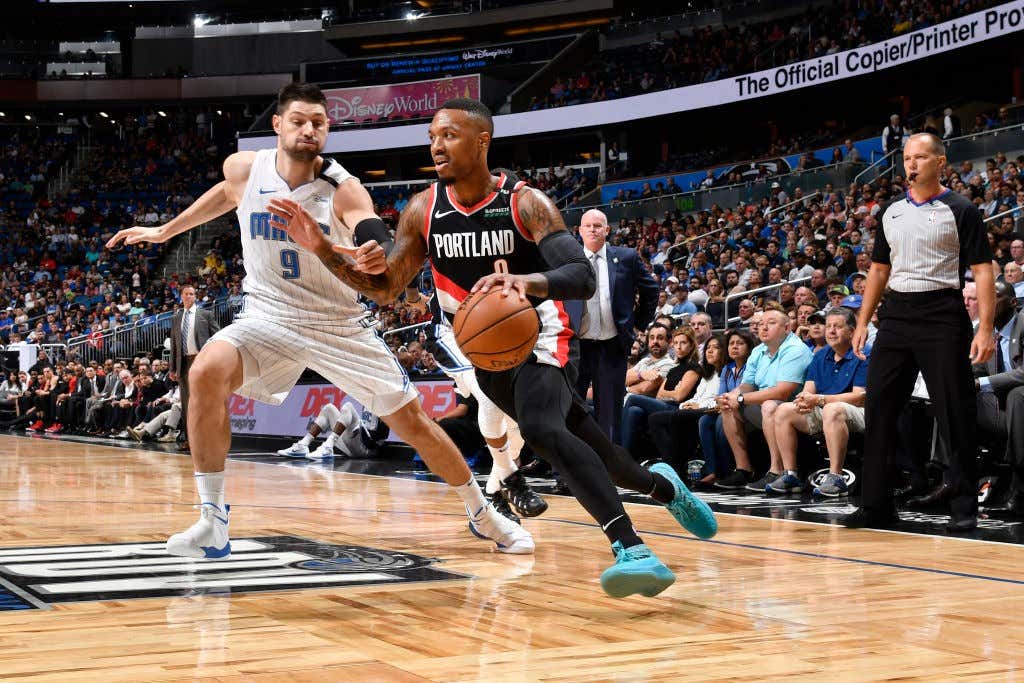 Happy Friday everybody and welcome back to another edition of Last Night In The NBA where we catch you up on everything that went down from the night before in the Association. We had four games on the schedule Thursday night, with some teams looking to turn around their slow starts, some winless teams looking for that first taste of sweet victory, and a potential Western Conference head to head battle that may have big time implications come Spring. Sounds thrilling right? It was. You may have missed it, and that’s OK just keep reading and I’ll tell you what happened.

Well, at least the Cavs put up a fight. You could have told me they were going to get blown out considering they didn’t have Kevin Love and I wouldn’t have batted an eye. Instead, they were competitive, with every quarter decided by 5 points or less, they simply ran out of gas. A great effort in the fourth quarter to put up 35 points, there’s nothing to feel down about if you’re a Cavs fan. Nobody thought you were going to win this game anyway, and at least you have some promising performances to build off of.

Getting actual  signs of life from those three was important considering the starters pretty much were a non factor. The bench for the Cavs was their strongest unit, with four players in double figures and of the five that played only JR Smith struggled (0-7). All other bench players did not miss more than four shots, and they did a great job of not turning the ball over with just 9. The problem was, this was a talent issue and they just don’t have it.

For DET, at what point do we legit consider the Pistons to have the best front court in the East? Is that a crazy statement? Maybe, but find the lie

Who has shown they can stop these two? Blake Griffin is playing then best basketball of his career and looks like a legit MVP candidate now that he’s healthy, and the Pistons remain undefeated. They shot 53.6/39%, made 11 3PM and went to the line 29 times. That’s the type of production that covers the fact that you also turned the ball over 20 times. Now I get it, they’ve beaten the Nets, Bulls, and Cavs for 75% of their wins, but whatever who are we to judge. They haven’t played down to an opponent yet and that’s an important trait to have. We’ll see if they are for real as they are about to go back to back with BOS.

What is with these Magic and why are they scoring so many goddamn points? I mean Portland is clearly the better team, but another 114 points? Who saw that coming? I continue to be so intrigued be the length and young talent of this team, and maybe that’s because it keeps delivering. We had Vucevic who has been on an absolute tear to start the season with 24/11 on 10-16 shooting

there is sneaky a lot to like with the Magic. Sure they may lose a lot of games this year, but they are at the very least watchable, and that’s certainly a step in the right direction. The defense still blows, but they’re young so I’ll forgive them.

For POR, as is often the case, it was the Dame/CJ show, and really the Dame show after some fan pissed him off. That was a bad idea.

Dame had something crazy like 34 points in the second half and really took over this ballgame. He had 19 in the fourth and 11 of PORs last 13 points. That’s our first true Dame Time folks. The man was possessed and when that happens we all win. I also want to shout out Zach Collins, who was a perfect 7-7 off the bench in his 18 minutes. I’d say that’s pretty impressive and his 17 points were a career high

I’ll have my Celtics thoughts in the normal blog in a little bit, I’ll just say that boy did they need this win. Could not have played worse in the first half only to look like a completely different team over the final 24 minutes. A win in October may not seem important to some, but for this team, given how it happened getting down by 16 and clawing back. Very, very much needed.

Now for OKC, yikes. Now 0-4 without Melo, so was he really the problem? Much like the Celtics they had a problem shooting the ball finishing with just 39/25% splits as well as missing 11 FTA. That’s going to sting for a team still searching for their first win. Did anyone have them winless through their first four games? Even without Westbrook? Makes you wonder how far can they drop before they really get in trouble given this conference. Not panic time yet, but you don’t feel great this morning as a OKC fan and I don’t care if PG13 had 22 points

He still went 7-22 from the floor. And I don’t care that Westbrook nearly had a triple double

He went 5-20 and barely had any legs in the fourth quarter, everything was short as hell. So even against a team like the Celtics, who at times are legit allergic to offense, getting a 12-42 performance from your to best players is never going to work out.

Look who has a two game winning streak! I guess Kobe doesn’t need to come back after all! In reality, this was a bit of a collapse by Denver, which Nuggets fans will tell you is all too familiar. This isn’t to say they didn’t play well, they did, they just had a hard time finishing. At the end of the day theyh still shot 50% from the field, and had six players in double figures with three of them notching at least 20 points

But their problem was down the stretch in the fourth quarter there was juuuusssstttt a little too much Paul Millsap isolation. They got away from what makes them such a good offense with the ball movement and the screens and the cutting, instead opting for isolation after isolation form a player that finished just 3-9. Not enough Jokic touches for my liking, but even he missed his few fourth quarter bunnies. At the end of the day they gave up 34 points in the fourth, losing the quarter by 9 and the game by 7 and it all happened within the last 3ish minutes of this game. It’d be a real shame if a blown lead like this comes back to bite them in the Spring.

For LAL, I mean everyone played with great energy and looked awesome. You had LeBron’s first triple double as a Laker

Hell, is anyone even talking about how JaVale McGee is an actual serviceable center? That may be the craziest part of this whole Lakers team, he’s been great!

But come on, let’s not kid ourselves. This win was all about Lance. He took over in the fourth quarter and was an electric factory, bringing the Staples Center to their feet like only Lance can. What a goddamn rollercoaster this dude is as a player, but when he’s feeling it I don’t know how you could say he isn’t incredibly fun to watch

Suddenly the Lakers look like a different team now that they seem to have found a groove, and just like with every LeBron team, this up and down play to start is to be expected. We’re just at the point where you basically can’t go to sleep until after the Lakers game is over, and frankly that’s pretty annoying.

And that’s it! You are now all caught up on everything that went down from the night before in the NBA. We’re back at it tonight with 7 more games with some good ones on the docket like GS/NYK, DAL/TOR, LAC/HOU, MIL/MIN, and WSH/SAC. As always go have your fun tonight and just check back tomorrow and I’ll bring you up to speed on what you missed.