Oh no. As a Jared Carrabis once said, you truly hate to see that. Just hate to see it. Would be terrible if the video of Zeke getting thrown out of the club made its way around the internet. I mean that dude was just TOSSED like a moldy piece of bread you don’t want to touch. I can’t stop watching it. The initial point of contact was here: 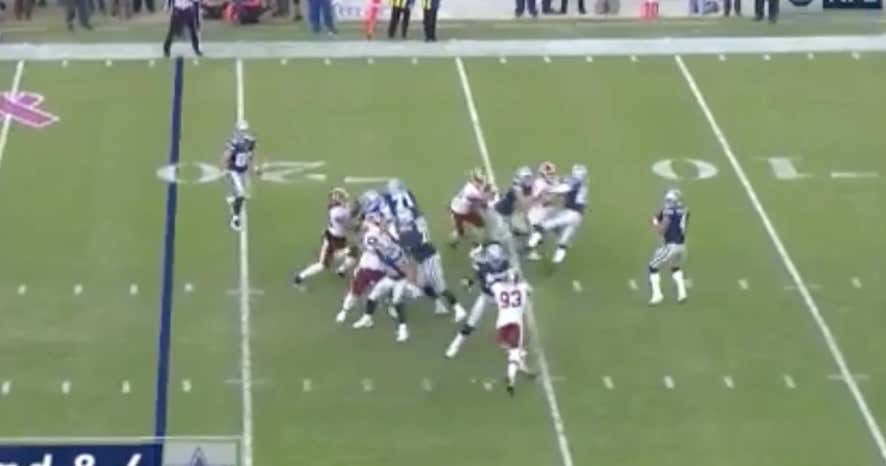 He FLEWWWWW to about here:

And then legitimately rolled off the screen. 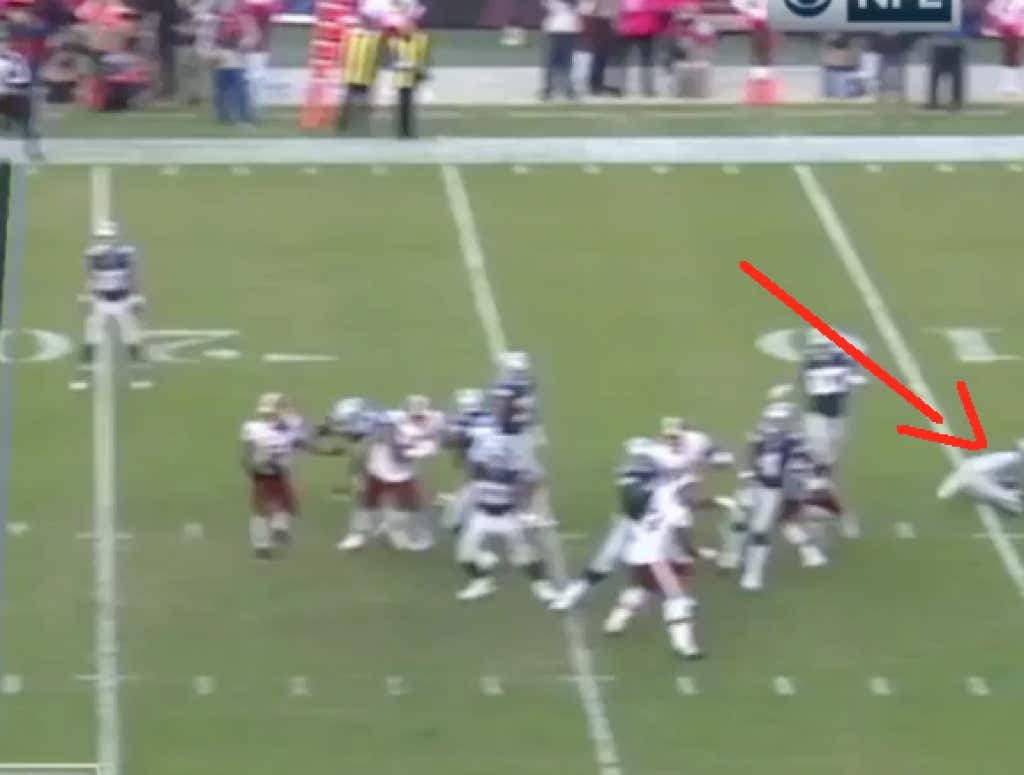 Lololol. Just terrible to see. Matt Ioannidis is having himself a great year. “Throwing Ezekiel Elliot Out Of The Club” might not show up on the stat sheet, but the video lives forever.