We can start printing Durant jerseys in orange and blue, right? Billboards always work when pushing a New York sports agenda. The billboard in this very spot last year is what LeBron said was the deciding factor for him to sign with the Knicks. 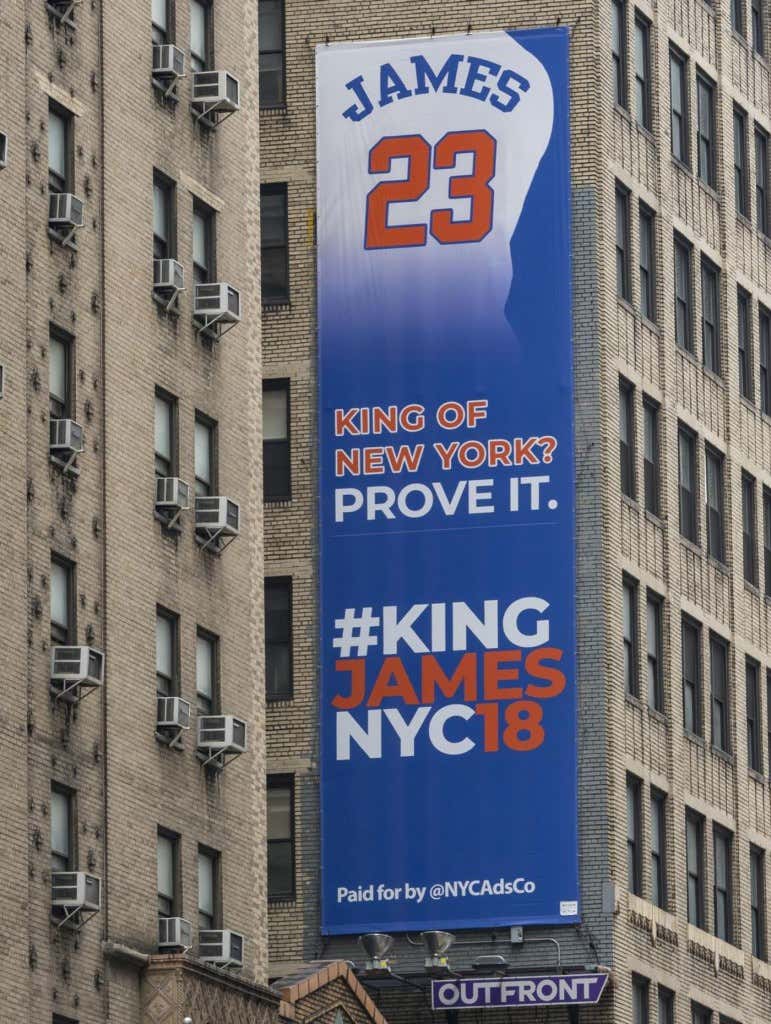 This billboard saved us from the oppressive reign of the Wilpons in Flushing. Now the Mets aren’t a dumpster fire embroiled in an endless GM search because nobody wants to deal with the shitty ownership. 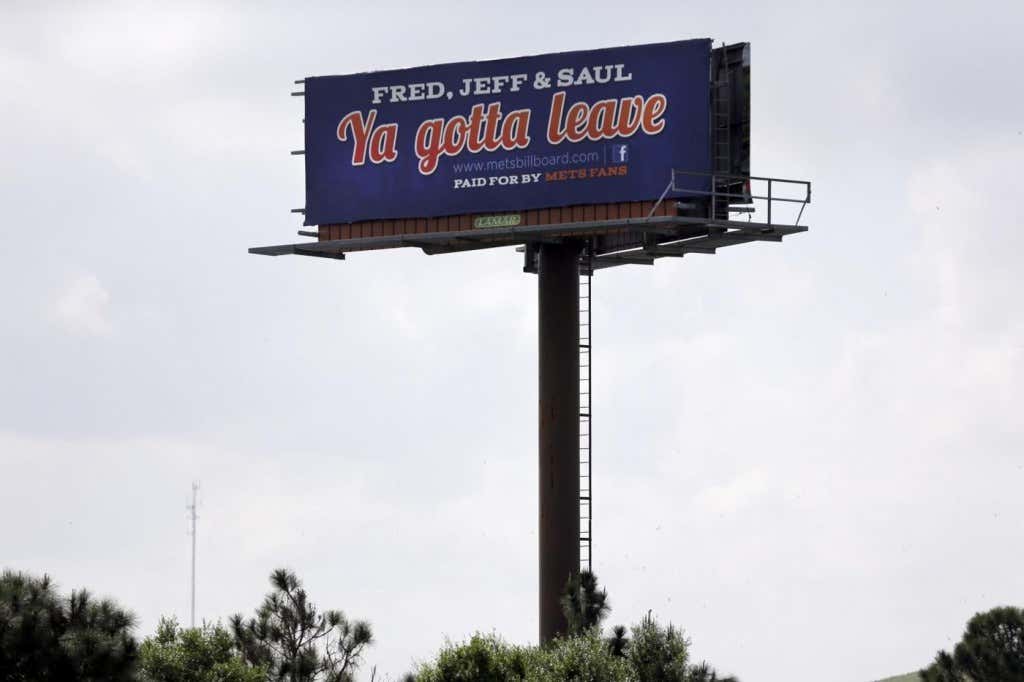 This billboard is kinda true, since the Nets have helped create a great Celtics team. 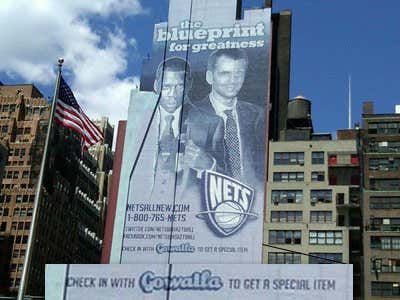 And the Giants bent the knee after being shamed for the way they handled last year’s Eli benching debacle. 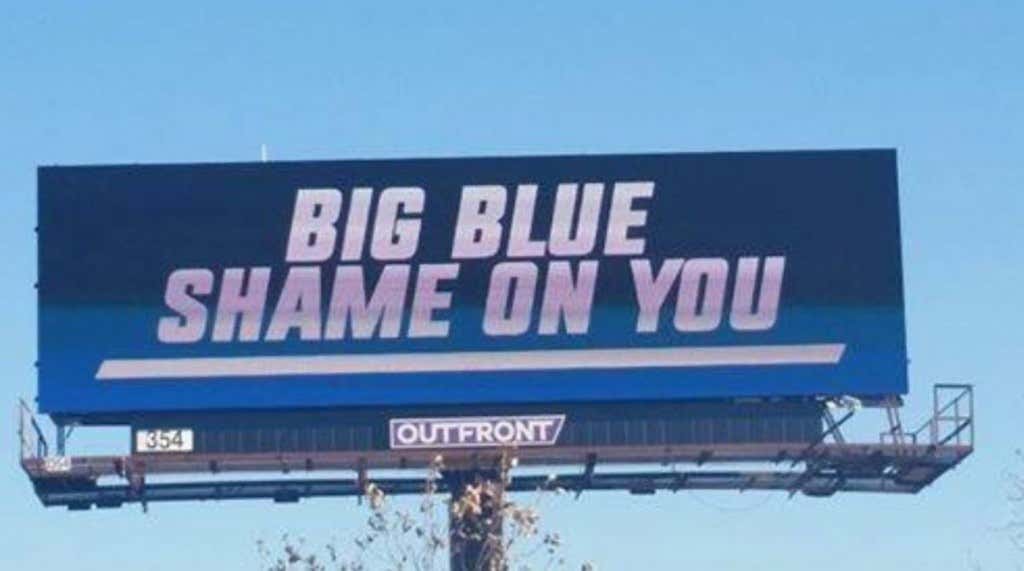 Actually that last one may have worked by shaming the Maras into hiring a pro Eli GM like Dave Gettleman and trying to make the Giants competitive this season instead of blowing it up during the offseason. Awesome!

Now a billboard with a play on MAGA is exactly what is need to entice a superduperstar NBA free agent to work for James Dolan. I can’t wait until Kevin Durant comes into town for tomorrow’s game sees it after explicitly saying he doesn’t want to be recruited!

Then again, Durant’s hair is the best it has ever looked on that billboard, there isn’t a New York on his chest which means he technically isn’t being recruited to join the Knicks, and KD looks more than 3 inches shorter than our 7’3″ brunette Latvian God, which would make Durant definitely 6’9″ and definitely not 7 feet tall. 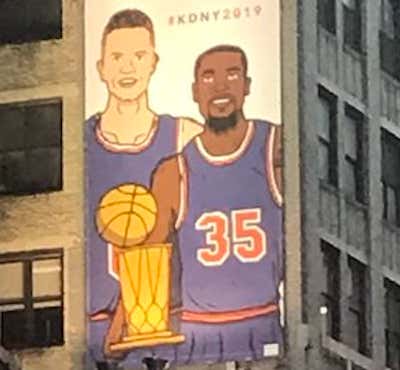 So maybe this billboard will work after all. Personally if I was the guy who paid for that billboard, I would have saved my money and seen if I could but some game used bathwater from ScarJo.

Also billboard or no billboard, I think we can cross the Wizards off Durant’s wish list of teams, regardless of if they were the franchise he grew up rooting for.