25 years later. Pierce Brosnan reunited with his Mrs. Doubtfire castmates this week for a special interview. Lisa Jakub (who played Lydia) has been updating her social with pictures and videos of the group, saying there will be a full interview on The Today Show later this month.

Seeing child actors all grown up never fails to make you say WOAH. Lisa Jakub, Matthew Lawrence, and Mara Wilson all starred in Mrs. Doubtfire when they were almost 15, 13, and 6 years old. This was really Jakub’s only big role, while Lawrence was on Boy Meets World and Wilson racked up the roles between ages 6 and 10 (Matilda, duh).

What are they up to now? Well Jakub has QUITE a bio on Instagram. “Writer, speaker, yoga teacher, traveler, writing teacher, book nerd, Hollywood expat. Author of the books You Look Like That Girl and Not Just Me.” She quit the acting game in 2001 at the age of 22 and lives in Virginia with her husband.

Props to Lisa, she looks awesome. She’s been very open about her struggles with depression and anxiety and how yoga has helped her battle. In 2015 she wrote her first book You Look Like That Girl: A Child Actor Stops Pretending and Finally Grows Up. I’m sure the title says it all there. I imagine Lisa used to get recognized all the time (probably still does) but they didn’t know her name…just “hey, you look like that girl from that movie…is that you??”

Mara Wilson also jumped into the author game after acting. She still has recent credits on her IMDB (looks like she’s done voiceover work for a Big Hero 6 TV series and BoJack Horseman). Mara graduated from NYU and starred in her own one woman show called Weren’t You That Girl? Her book about the child actor life Where Am I Now?: True Stories of Girlhood and Accidental Fame came out in 2016.

No matter what Mara is screwed, she will be called Matilda for the rest of her life. There is no way around that. Every little girl wanted to have magic like Matilda, myself included. I’ve actually read some excerpts from Mara’s book and it is very interesting. Insane fame at 6 years old can really mess you up. Like Lisa, Mara has been very open about her struggles with anxiety and depression. She is a big advocate for mental health awareness. Seems like she is Instagram-less but she is very active on Twitter.

Now Matthew Lawrence, of the Lawrence brothers, went on to play Jack Hunter on Boy Meets World. I LOVE that show (shocker), freshman year of college I “accidentally” ordered every season on DVD to watch on my laptop. 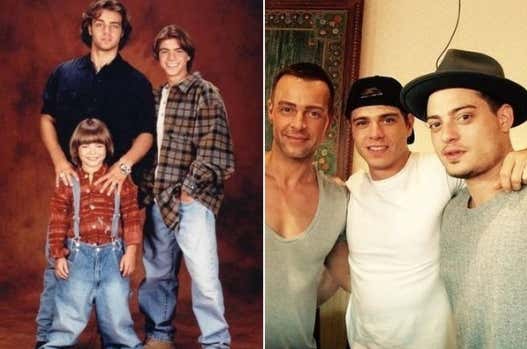 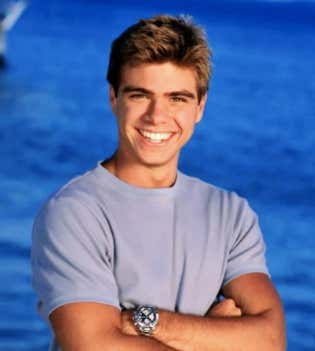 Dreamy. You’re lying if you didn’t have a crush on Jack Hunter. When I hear anything about any of the Lawrence brothers I immediately think of the classic Disney Channel Original Movie Horse Sense. Matthew is barely even in that one (I think he has a cameo?), it stars Joey and Andrew. Great movie.

Matthew is currently still in the acting game! He’s been on TV shows like Melissa and Joey (also starring his brother, Joey), Workaholics (one episode), and Girl Meets World (of course).

Obviously it is a bittersweet reunion without Robin Williams, but it is nice to see the Hillard children back together again. The movie is a classic, and they will be remembered for those roles forever (whether they like it or not).