“I look at some of these high-scoring guys that are shooting a lot more threes than myself or Kobe shot back in the days. Averaging probably 10 threes a game.

I’ll average, easily, 35, 40 points a game. Easily. I mean I averaged 32 without even shooting that many threes… and you can’t impede my progress when I’m running?”

Normally when these old asses say stuff like this it’s just mostly sad – clearly bitter about the current state of the game, lionizing themselves and the era they played in because they feel empty now without the sport, claiming they still got it as they hit 40, 50, 60.  The competitive drive and pride and ego is what drove them to be great in the first place so you can’t really blame them for not being able to shut it off just because they retire.

However in Tracy McGrady’s case, I don’t think it’s completely ridiculous.  Not like a 55 year old saying he’d lead the NFL in rushing – today’s NBA you can basically just stand around the arc and shoot 3s all game.  You watch the Warriors last night?  They dropped 144 with ease.  Just put TMac on a team like that and dump him in the corner and let him jack them up.

Speaking of playing on a team like the Warriors, don’t forget that TMac played with some of the worst teammates for a superstar in modern NBA history.  Hate to name drop Bill Simmons but he wrote a great thing about this breaking down all the bums McGrady played.  These are the guys he started his playoff games with:

McGrady was a fucking ballllerrrrrrr.

35-40 a game sounds greedy though.  Steph shoots 11.8 3s a game, so let’s say McGrady gets like, 15.  He’s a 33.8% career shooter, so that means 5 makes a game = 15 points.  Not sure he’s spry enough to put up another 20.  You think 39 year old TMac is driving the lane and dunking all over people and pulling up mid range with a full complement of minutes?  Doubtful.  Even with the new defensive rules that’s a lot to ask for an old-man-in-NBA-years.

Better question – would he be able to keep up with the NBA fashion game? 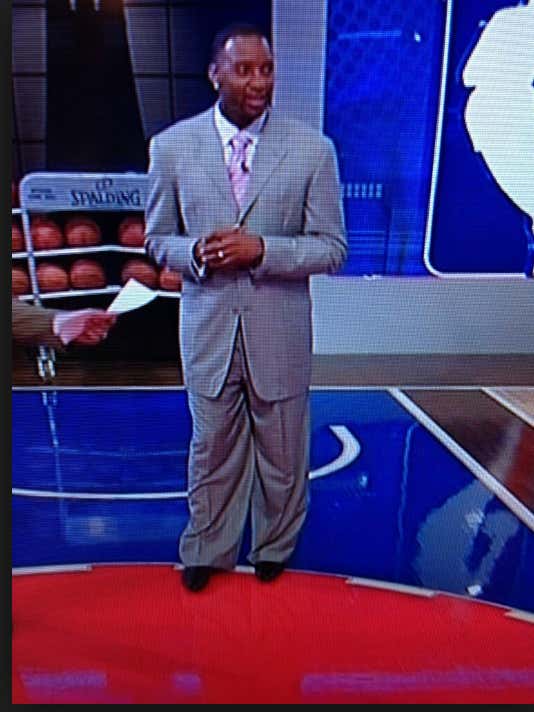