Realistically speaking, today should be considered a national holiday. October 24, 1988. The day that former Penn State lacrosse player Chris Hogan was brought into this world. I mean we have a giant holiday just to celebrate the birth of Jesus, and that dude never played lacrosse once. The only crosse he was ever worried about was the one he was crucified on (it’s okay to make jokes about things that didn’t actually happen). So if the entire world gets off from work on December 25 every year, I think at the very least that lacrosse players around the world should be able to take the day off on October 24. Jesus turned water into wine? Well Chris Hogan ripped rubber into twine, and he did so at the collegiate level. Did Jesus even go to college? Didn’t think so.

Either way, I hope Chris Hogan has a great birthday. It’s poetic that his birthday this year falls on a Wall Ball Wednesday. Hopefully he’s able to find himself a nice slab of wall today at Gillette and gets as many reps in as possible. Or maybe he can even work in a quick little catch with Coach at some point today. 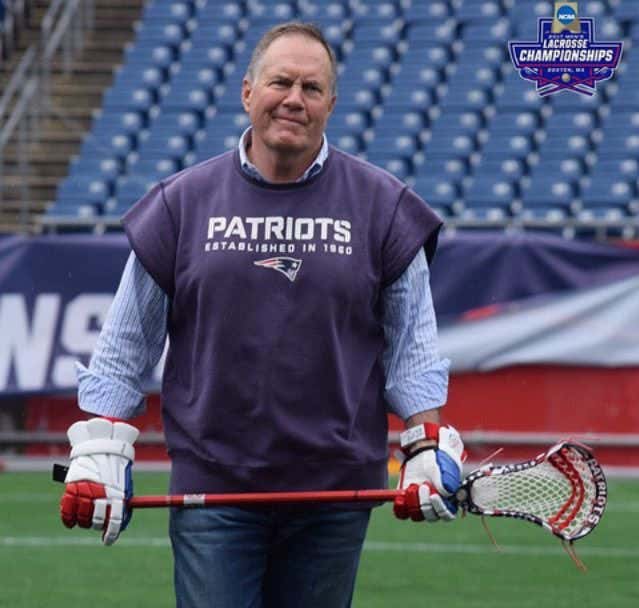 Either way, you know Chris Hogan isn’t going to be taking the day off just because it’s his birthday. He’s still going to be grinding and it’s all about getting those touches in. Now that there are 2 professional outdoor leagues, I think it’s a very realistic possibility that Chris Hogan could find himself on either a PLL roster or an MLL roster this coming summer. Deion Sanders. Bo Jackson. Tim Tebow. None of them would have jack shit on Chris Hogan if he becomes the first athlete to ever play both football and lacrosse professionally. You know it’s true.