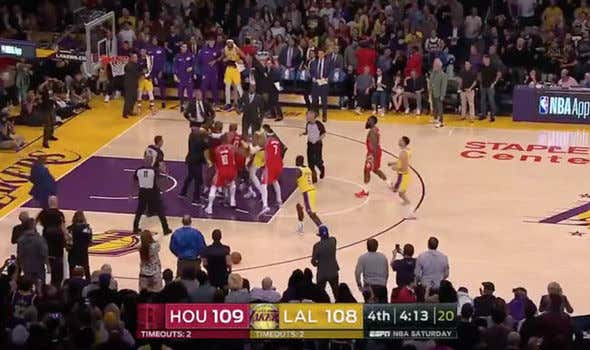 We’re going to introduce a new weekly blog here on Barstool Sports. It will feature Greenie and I arguing about power rankings. I’m hoping to open it up having Stoolies involved too in a voting fashion. But, this blog will come out once a week – likely every Monday recapping the week and where we think teams are sitting within the NBA as a whole. I mean, what else do a Knicks and Celtics fan have in common besides not winning the title this year and a love for the NBA?

The format will get prettier after this week, but for the time being we still have Google docs and a list.

Reags: I think we’re seeing a trend here. Those with the stars are getting off to starts that we expected. Anthony Davis and Giannis were the two popular MVP picks this year. It’s no surprise that they are playing that way and are both in the top-10 after week 1. I continue to buy into the Clippers as well. Could it be my love for Boban? Perhaps. I wouldn’t want to get on his wrong side. But, as I mentioned before they were in the playoff race up until 2 weeks to go in the season last year and that was without Gallo. Now they are healthy and the inclusion of Gortat offensively with the depth at backcourt is one of my favorite teams. Two teams outside of my top-10 that people will probably look at include the Sixers and Lakers. I think both end up being top-10 teams and legit contenders come playoff time, but for now and until they can figure shit out from a team chemistry and rotation standpoint, they are outside the top-10.

Greenie: For this week, I think some of my moves were pretty self explanatory. At this time you have to put teams like TOR over BOS after they won the first head to head matchup of the year, and I think now that we’ve seen a little bit of a shaky start from HOU, they deserve to drop a little bit. It was reassuring to see the Jazz were for real and not just dominant during the preseason, and really I don’t hold their loss against GS against them, in my opinion they should have won that game and proved at least in the regular season they can hang. My biggest riser has to be the Nuggets, who are not only undefeated and just beat the Warriors, but also are holding every opponent to under 100. No other team in the NBA can say that, and the question of whether or not they could play defense was always going to be a huge factor in the season. I’ve also been impressed with MIL through this first week, they sure don’t look like they are going to have the same underachieving problems they normally do, and Giannis looks like an MVP. I’m dropping the Lakers not just because I hate them, but also because we’re seeing what a lack of outside shooting could potentially mean for this group. Now without two main rotation players for a handful of games, I think it’s about to get ugly for them. Philly dropped for me mostly because they haven’t shown me anything that dictates them being higher. They got worked by the Celtics, they barely beat the Magic, and their other win came against the Bulls. Defensively they don’t look as good, and offensively they are rather predictable. Embiid and Simmons are still monsters, but their 2-1 start is a little inflated given who they’ve played. I probably have OKC a little too high, but I need to see more of what they look like with Westbrook back before I truly slide them down if they continue to struggle, but an 0-3 start isn’t great.