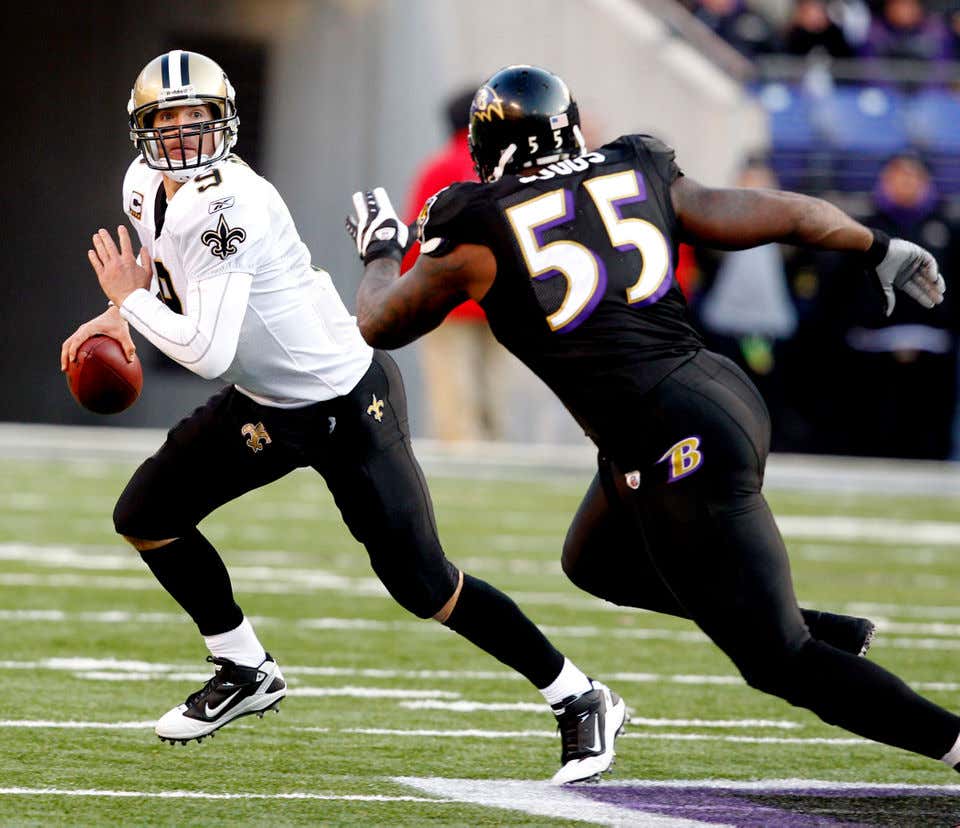 Huuuuge opportunity for the Ravens’ defense to plant their flag today. Arguably the league’s top offense comes to town to face what has clearly been the best defense in the league to date. But the label of “league’s best defense” hasn’t really been stamped on the Ravens yet. We here in Baltimore know that this is a special group, but nationally I think most would still say Jacksonville or maybe Chicago more recently. But the Ravens are the ones who are first in virtually every defensive category this year, and by a significant margin. The Ravens have given up 4.5 less points and 36 yards per game than the next best defense.

One may argue that the Ravens’ defense hasn’t really faced stiff competition yet. That’s not entirely true, as Pittsburgh and Cincinnati are pretty solid in their own right, but I’d say there’s probably some merit to that argument. Today is an opportunity to prove that defense is back in a big way in Baltimore. The Saints are the number one team in the league when it comes to points per game. If the Ravens come out and put out a strong defensive performance today, there won’t be a question as to who the league’s best defense is.

Given that this game is in Baltimore and it’s going to be a bit chilly and windy out there, I think they do just that today. Wink Martindale has been brilliant when it comes to gameplanning and making mid-game adjustments, and I think he’ll have his guys prepared today. Ravens move to 5-2 and turn their attention to a massive Pittsburgh game next week.