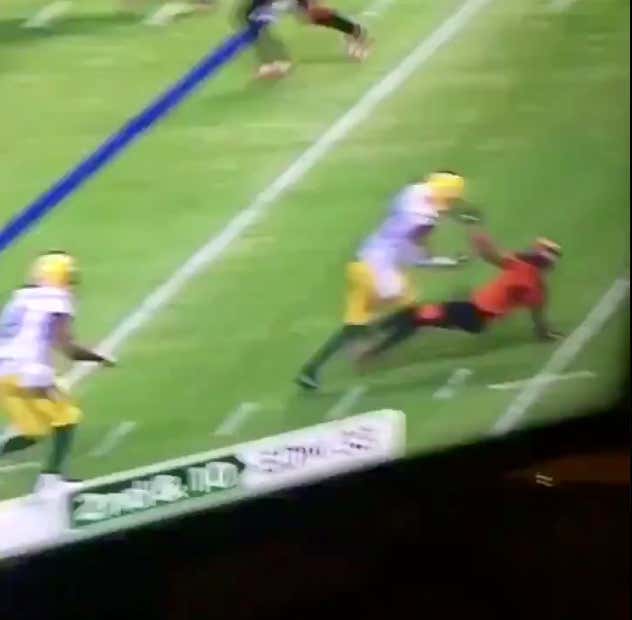 Holy SHIT. Be careful what you wish for. That’s the lesson to be learned there. Don’t ask for the smoke if you can’t handle the smoke. Being confident is important when playing any sport but knowing your limits is even more important. That dude thought he could handle the guy lined up across from him and it turns out he just couldn’t. At all. Not even close. Watch it again and you’ll see that the one dude actually picks the other guy up for half a second when he first hits him. That’s tough to see. You won’t find a more degrading video this month than the one we just witnessed. Complete and utter domination.

By the way, how many times is each team gonna watch that play on film this upcoming week? So many times. Numbers don’t go that high. The opposing team is gonna put it on a loop in their film room and laugh at the guy and the guy’s own team might do the same thing. Teammate or not, you can’t help but laugh at a guy who thought he had it all figured out and then almost died. It’s like the old Mike Tyson saying, everyone has a plan until they get picked up and knocked back 20 yards buy someone who is bigger, stronger and faster than them.