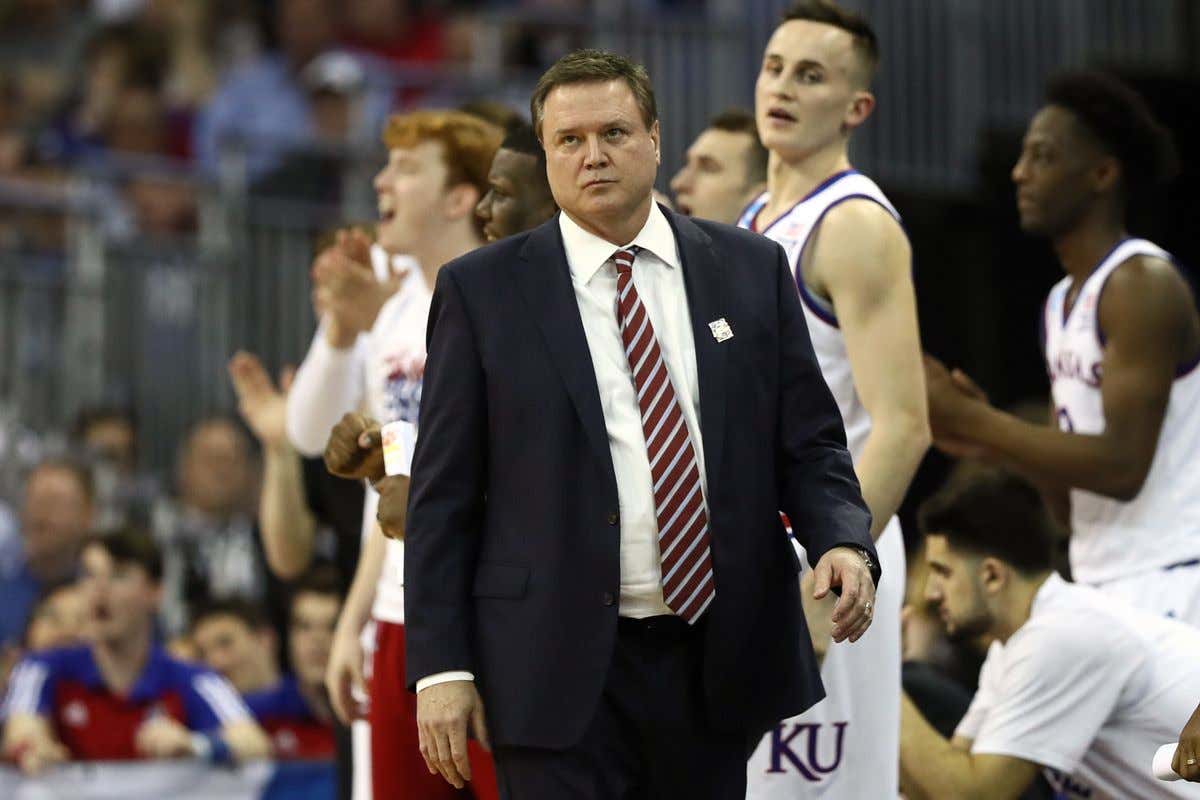 [KC Star] – (De Sousa committed to Kansas on Aug. 30. The next day, Self had a five-minute phone conversation with Gatto from 4:21 to 4:26 p.m. Central time. This was during a time the FBI was wiretapping Gatto, but the conversation was not recorded because of a “technical issue.”)

So the Kansas City Star got a hold of the entire texts that were shown in court between Bill Self, assistant coach Kurtis Towsend and Adidas consultant TJ Gassnola. We talked about the majority of this before as it showed Self talking to Gassnola and saying he was happy with Adidas as well as him and Gassnola talking about getting better players to Kansas. It also shows Townsend and Gassnola talking about Silvio De Sousa.

But, here’s the important part. It’s what I have at the top of the blog. The FBI fucked up the wire tap between Self and Jim Gatto – an Adidas executive. What was said in that 5 minute conversation would likely either save Self or eventually lead to Self getting a bunch of sanctions and possibly lose his job at Kansas.

Right now pretty much everyone thinks that Self had some idea of what was going on. That’s what the text messages make you believe as well as the defense attorney claiming it during his closing statement. However, Gassnola did testify that no one on the Kansas coaching staff had any idea. Personally, I find that a bit hard to believe just reading all the texts.

Now though? Self may be saved. We’ll still have to wait and see what else comes out during the trials but the fact is the FBI has screwed this trial up so much that it may not lead to much. Remember, they had a lead agent go rogue and use money to gamble in Vegas. Now, they have a wire tap between a head coach and one of the accused and you screwed it up. That could have been what made your case.