Whoa!! Talk about an out of left field move on a Friday afternoon. Carlos Hyde has rushed for 2x more yards than anyone else on the Browns roster this year, and he has 5 of our team’s 8 rushing touchdowns. He just signed a 3-year deal to return to Ohio this offseason, and now we are sending him packing for……………a 5th round pick!

Ummm what? I, for one, do not like the trade. I trust John Dorsey but something doesn’t sit right with me on this one. I love the fact that we’re finally going to utilize Duke Johnson more, and now we can finally get Nick Chubb those carries that Hue Jackson has been promising on a weekly basis. But a 5th round pick? I mean, we basically gave him away for nothing! When we traded Trent Richardson away in 2013 for a future 1st round pick, I loved it. Hyde clearly isn’t a first rounder but I figured there would be some middle ground between that and a 5th. 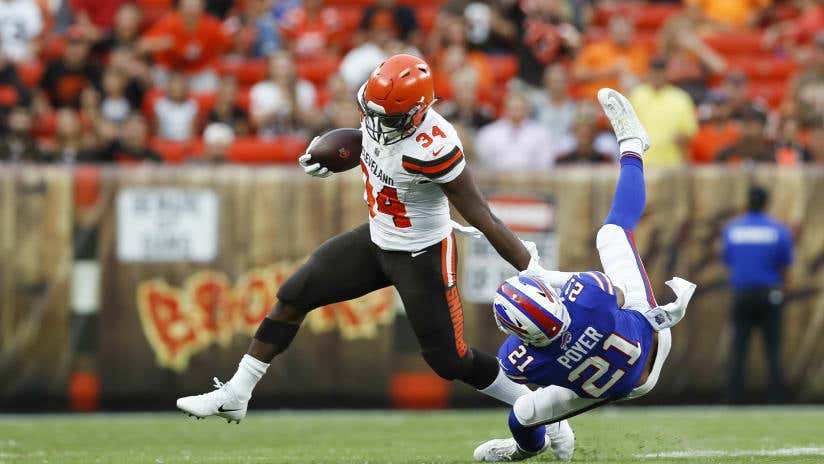 I hope this move is the first domino to fall in a much greater scheme. Did we need to dump salary to bring in a wide receiver? Or is Leveon Bell coming to Cleveland??

Looks like the beginnings of a pretty good package if we need it! And John Dorsey with a 5th round pick is much more valuable than our previous GMs.  But whatever happens, these Browns are not the ones we thought we’d see at the beginning of the year. The roster has had a complete makeover in the last 6 weeks. Before the season started, Cleveland fans were excited to see Tyrod Taylor line up under center with Carlos Hyde in the backfield, as well as Josh Gordon and Corey Coleman at the wideout positions. Taylor is now holding a clipboard and the other three are long gone. Only in Cleveland baby!

Side note: What does this mean for Jacksonville? The Leonard Fournette injury has to be worse than we thought, right? They now have Fournette, TJ Yeldon, and Jamaal Charles all on the roster. There’s no reason to bring in another 3-year $15 million running back unless there’s major issues down there.