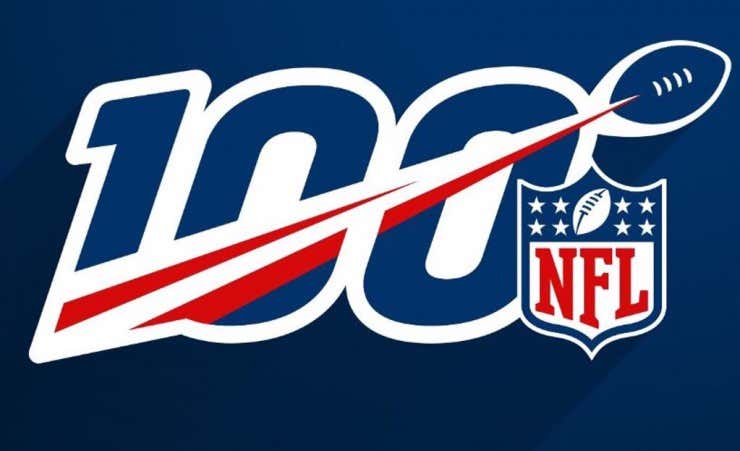 NFL - The NFL will be celebrating its 100th season in 2019, and the league officially revealed the logo that will be used to mark the occasion.

The “NFL 100″ logo was revealed during halftime of FOX’s broadcast of the Denver Broncos vs. Arizona Cardinals on Thursday Night Football. The logo will be featured on game balls and every player’s jersey near the neck area during the 2019 season, similar to how the league deployed its 75th season logos in 1994.

I know there are a lot more important issues facing us in these troubled times than an officially-licensed logo to commemorate a huge conglomerate’s 100th anniversary. Wait. Strike that. Opposite. There is nothing more important.

Let me get this straight, you’re a multi-trillion dollar entity with unlimited budgets, your own network, a every media outlet jumping from one foot to the next at your command in order to keep your business, and a promotions department that is the envy of corporate America. To steal a line from a movie you pretend doesn’t exist, you own a day of the week. There’s a very legitimate milestone anniversary coming up, and this is what you come up with? A “100” with a football streaking across it?

So how did the NFL handle this? Did they use their in-house people or did they go straight to the elementary school to hold a contest and pay the winning designer with a goodie bag filled with pencils and football-shaped erasers? I mean, we’re going to have to look at this on uniforms all next season. At least [history lesson alert] the 75th anniversary was cool: 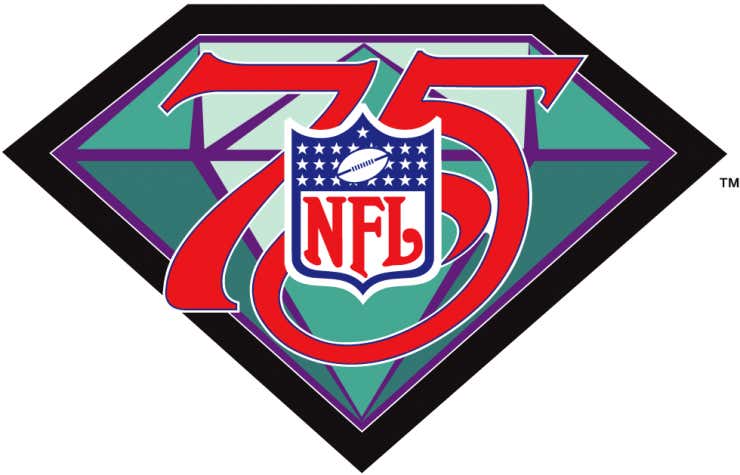 Elegant. Classy. The diamond to commemorate the Diamond Anniversary. The 50th was great too. A simpler design for a simpler, analog, lower budget time of players flying coach, staying in 2-star hotels and holding down offseason jobs: 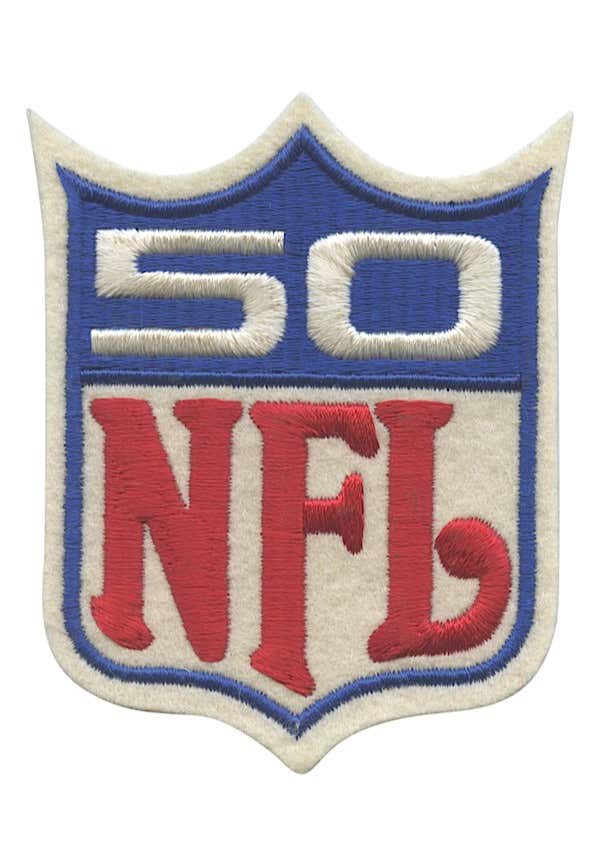 Don Draper himself could not have come up with anything better. This 100th patch isn’t in those proud traditions. It’s like something you’d see on a box of Honey-Nut Cheerios telling you how many Box Tops for Education points you’ll get. It’s something off t-shirt you get for taking part in a local Fun Run 5K. Replace the football with a love seat and it could be the window poster for the blowout sale at a family-owned furniture outlet proudly serving your community for over 100 years. It’s a screen grab of a Sesame Street segment about counting to 100. I’d call it an Arena League logo at NFL prices, but that would be an insult to the fine men and women bringing football played on hockey rinks to the masses.

In the end, does it really matter? Will it really have an impact on our lives? Isn’t this just something pretty stupid to bitch about? And the answer is a resounding YES to all three. But that doesn’t mean I’m wrong on that last part.

Fail, NFL. Go back to whatever Microsoft Paint you drew this up on and take this amateurish eyesore with you. Then come back when you have something worth of a centennial celebration of the world’s greatest sport. The people have spoken.