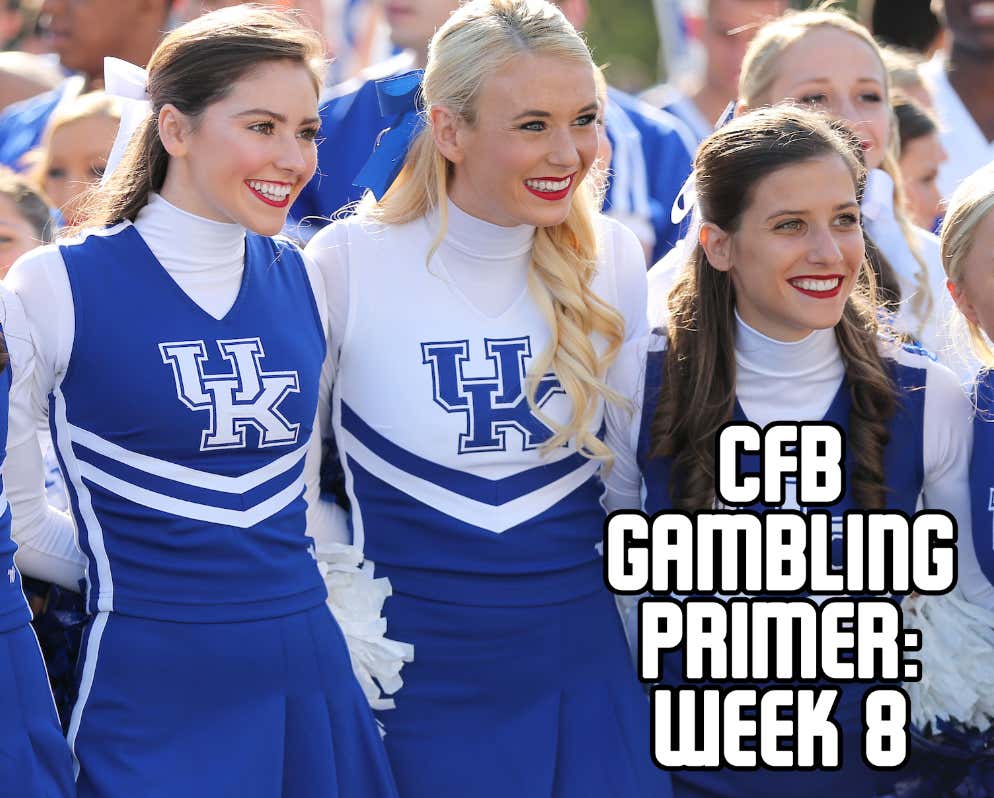 Jack Mac’s Get In The Black Picks:

The stats I use can be defined here. How I see a team winning a football game is simple: control the ball (success rate), combined with explosiveness (IsoPPP), not turning the ball over (expected turnover margin), field position, and scoring when you are inside the opponents 40 (points per scoring opportunity). All of these stats can be translated to defense and specific parts of the game (passing, rushing, 3rd downs, red zone).

Thanks to the design god Nick Trig (follow him on Twitter @TrigDraws), we have a graphic for all the games this weekend, their times, and TV spot. Talk abot a BEAUTY: 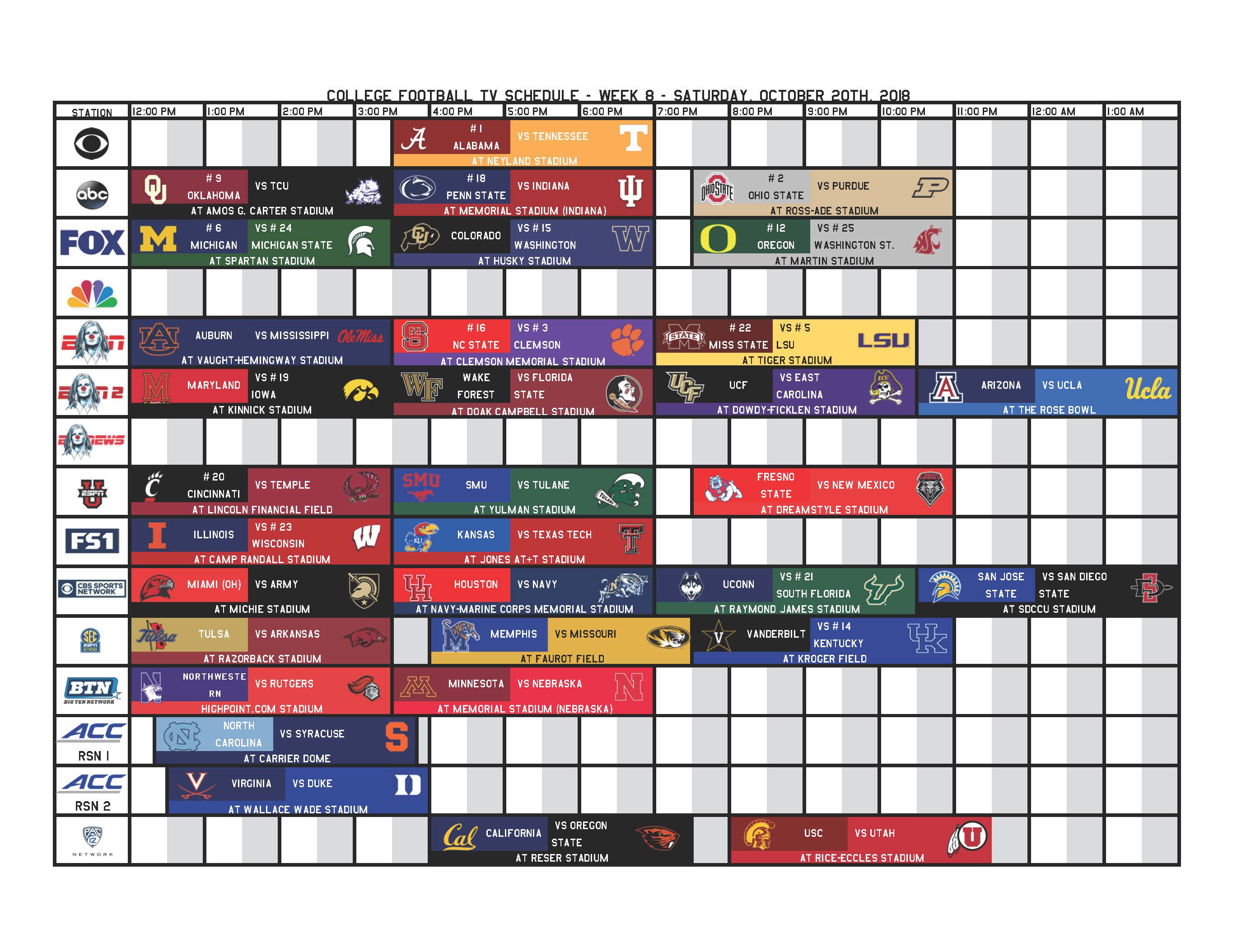 @ Florida, Georgia, and now Mississippi State off a bye. That’s a stretch that proves why being in the SEC is so tough.

Mississippi State’s offense lacks when dropping back, but they will be able to get what they want on the ground:

Joe Moorhead’s offense is difficult to grasp and the bye week was exactly what the doctor ordered for the bulldogs. Moorhead’s Penn State offense didn’t take a step forward until midseason in 2016. I love the situation. Give me Mississippi State plus the points.

Grab Your Cowbells Game Of The Week: Mississippi State +6

I’m actually concerned with how much I like NC State here.

NC State’s adjusted run rate (how many times a team runs in a game, minus garbage time) ranks 85th. That’s thanks to Ryan Finley, who leads a passing attack with the 4th best efficiency in the nation. Clemson’s defense is overall dynamite but struggle against the pass (70th in efficiency). Finley will be able to move the ball. Clemson has the best defensive line in the country, but NC State’s offensive line ranks 3rd in sack rate.

On defense, NC State’s ranks 29th in S&P+. Clemson has an offense that ranks 10th in S&P+ and succeeds running the ball (15th in efficiency). NC State’s rush defense ranks 11th in efficiency, which is good news for the Wolf Pack. Clemson also succeeds once inside the 40-yard line (17th most points per scoring opportunity), but NC State shuts down teams once inside the 40 (5th least points allowed per scoring opportunity).

17 points is too much. NC State matches up well and always plays Clemson tough. HOWLLLLLLLLLLLLLL.

One Man Wolf Pack Play Of The Year: NC State +17

Purdue could easily be 6-0. Their three losses came by a combined 8 points. Now they have Ohio State at home, under the lights in West Lafayette. Let’s not overestimate the home field advantage for Purdue, but the hype for the Boilermakers is as high as it’s been since the Drew Brees era. Roe-Ade is going to be “litty” as the kids say.

I am concerned a bit about how Purdue will handle Ohio State’s offense. Purdue ranks 91st in efficiency and 84th overall, while OSU ranks 9th in efficiency and 4th in S&P+. Purdue will limit explosive plays (59th vs 65th), which is good news for a game that looks to have potential of a back and forth tilt.

Why I like Purdue here is their explosiveness. Ohio State’s defense has been disappointing all season, ranking 41st in S&P+. Where they struggle the most is in defending against explosive plays (121st). Where does Purdue succeed on offense (17th overall)? Explosive plays (9th).

I expect a big game for Rondale Moore and to take Ohio State to the brink: 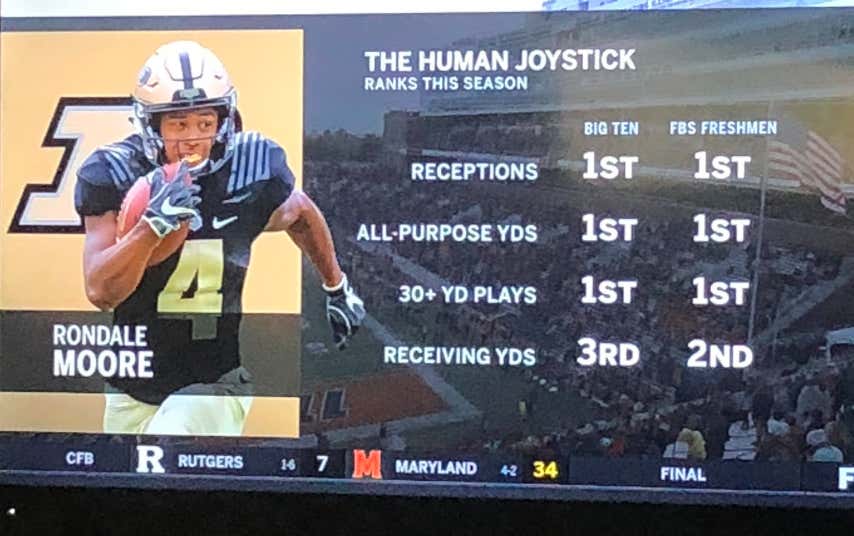 I love betting on Jeff Brohm too.

I’ve been high on Michigan all year and I’m going back to the well here.

Michigan State’s offense (S&P+ 75th) is not going to be able to get anything going on the #1 ranked defense in the country. They are allowing the 18th most havoc in the country, while Michigan causes the 14th most. When dropping back, MSU’s adjusted sack rate is the 57th best, Michigan’s pass rush ranks 3rd in that same metric. Michigan is doing most of this without Rashan Gary, who is questionable at the time I write this blog. If he comes back in the lineup on Saturday? Sheesh!

On offense, I expect Shea Patterson to have a relatively big day through the air (12th in efficiency vs. 77th). Michigan’s rush offense will also be able to find explosive plays (17th vs. 108th).

Michigan State expected turnover margin is the 12th worst in America. Michigan keeps the momentum going and wins this one. Let’s tease it down to -1.

Typically when we see an SEC team going up against a G5 team in the middle of their SEC slate we’ll want to fade the SEC team. There’s always an outlier, though. The spread is tight and we have an Arkansas team that needs a win. They’ll get it on Saturday.

Arkansas will be able to get the run game going (58th vs. 105th in efficiency). They’ll control the clock and out physical Tulsa’s G5 defense with their SEC bodies. The biggest advantage comes on defense, where Arkansas is causing the 34th most havoc, while Tulsa is allowing the 9th most. Overall, Tulsa’s offense ranks 104th overall. Arkansas is causing turnovers and taking care of the ball (41st in expected turnover margin) while Tulsa is doing the opposite (121st).

Arkansas just has too much talent. They’ll dominate the physicality of the game at home and pick up a win that’s needed in Fayetteville. Chad Morris needs this more than he needs air to breathe.

I love the situation: Vanderbilt is coming off a heartbreaking loss against Florida while Kentucky comes into this game off a bye after seeing their #1 SEC East foe, Georgia, sustain a loss to LSU.

I, also, love the matchup: Kentucky runs the ball the 10th most in America and are very good at it (18th in Rushing S&P+). Here is how they match up against Vanderbilt’s rush defense:

Kentucky (3rd in defensive S&P+) will dominate when Vanderbilt (78th in offensive S&P+) has the ball. Vanderbilt is allowing the 28th most havoc in the country, while Kentucky causes the 17th most havoc on defense. Kentucky takes care of the ball much better than Vandy as well (15th vs. 97th).

Kentucky dominates this game. Plus its probably midterms or something at Vandy. Damn nerds.

Fade The Nerds Game Of The Week: Kentucky -11

Last year’s USC game on a Friday night was a big one, but it doesn’t compare to what is going on in Pullman this week. GameDay is in town for the first time ever (Ol Crimson has flown for 15 years waiting for this moment). 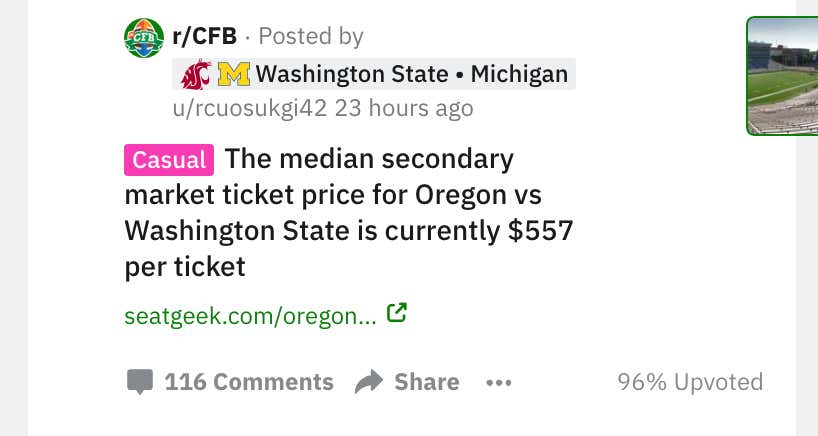 Pullman is going to be ROCKING.

On top of all of this, Wazzu is off a bye going up against Oregon off of their biggest win in years.

Washington state passes more than anyone in the country and for good reason (34th in efficiency, 12th in completion rate). Oregon’s pass defense ranks 75th in efficiency and 108th in explosiveness. Looking at overall explosiveness, Wazzu ranks 30th while Oregon ranks 87th on defense. Mike Leach’s offense will be able to put points up on the board.

What Oregon does best on offense is throw the rock. Wazzu will counter that with their pass defense that ranks 11th in pass efficiency. The Cougs will get after the QB, ranking 17th in adjusted sack rate, which will spell trouble for Oregon without their star LT (Penei Sewell) on Saturday.

Nebraska is a very average team when you look at the advanced metrics. They rank 61st in offensive S&P+ and 79th in defensive S&P+. The Cornhuskers should really be 3-3. Scott Frost’s offense is much better when Adrian Martinez is on the field, and he seems to be 100% for the first time since game 1 against Colorado. The elusive Freshman QB is back home and ready to get a 1 in the W column.

Minnesota has a good defense, but their offense (103rd) won’t be able to get anything going.

It’s time, folks. The Nebraska corn famine will end on Saturday at 6:00 PM CORN TIME. This bet isn’t for everyone….

Miami (OH) hasn’t faced a triple-option attack since 2011! They are in the middle of their MAC slate and now only have a week to prepare for the triple-option. You think they are going to be hyped up for this game on the road? Their next two games are Buffalo and Ohio, two MAC East foes they’ll need to beat to find themselves in the MAC championship game. The Red Hawks are not going to be ready for Army’s physicality. If you aren’t bought in mentally to a game against the triple-option, you are going to get TORCHED.

Some rushing stats from Army (rush the 2nd most in the country) against Miami’s rush defense:

Army is going to run the triple-option to death and Miami (OH) isn’t going to be ready. Give me West Point ALL DAY.

Respect The Troops For Me One Time Game Of The Month: Army -7.5

This is one of the most intriguing spots on this card. Temple is coming off a win against Navy, while Cincinnati is fresh off a bye with a #20 in front of their name and 0 losses. Why is Temple favored by 3.5 points then? Temple lost to Villanova?! Well, this is a great example of how Vegas power rates teams much different than the public and the media does.

With all that being said, I still like Cincinnati in this situation. Their 26th ranked defense will cause issues for Temple’s 91st ranked offense. Temple’s offense is allowing the 29th most havoc up to this date which is concerning considering the Bearcats defense ranks 41st in havoc caused.

Temple’s defense ain’t too shabby either (15th), but they struggle more against the run than the pass (44th vs. 17th). Cincinnati runs the ball the 17th most in the country, so they’ll be able to get the ball moving. The Bearcats also have an advantage in the special teams battle (54th vs. 118th).

This game is on the road for Cincy, but it’s not like Temple’s home field advantage at Lincoln Financial Field is worth anything more than travel. It seems everyone is betting Temple. I’m going contrarian and taking the Bearcats plus the points here off a bye looking to push their record to 7-0. Even more enticing with the hook.