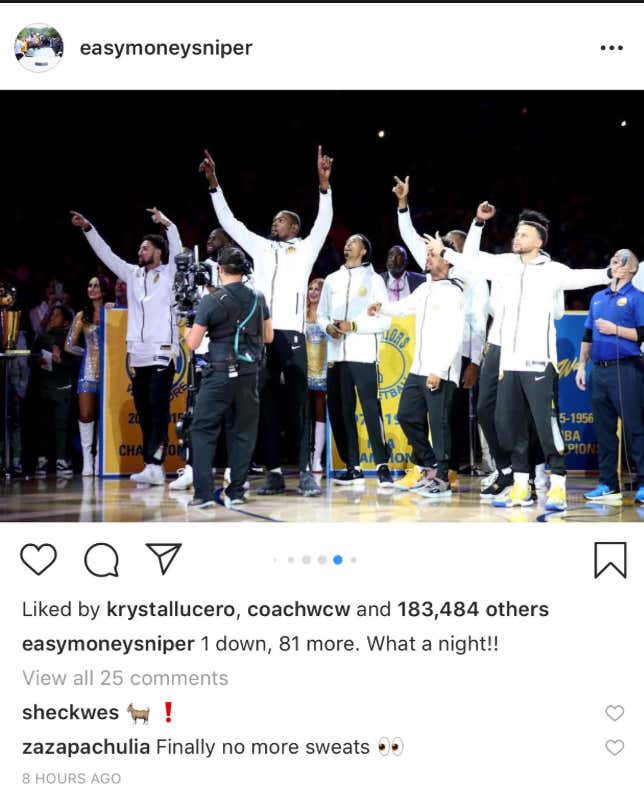 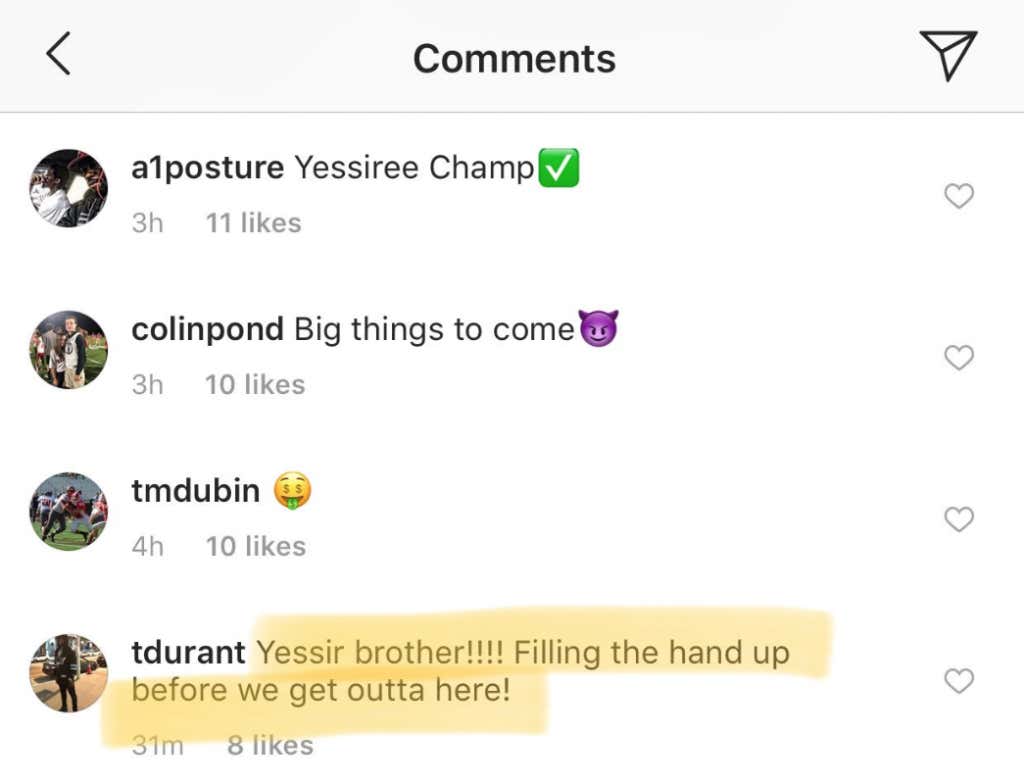 *Whispers to self “Be cool, be cool”*

Hmmm, would you look at that? Kevin Durant’s brother seems to be of the mindset that KD is going to leave the Warriors after he gets fills up the hand with some more rings. Not to go all LeBron “Not one, not two, not three” on you guys, but I wonder if Tony means a full hand as in five rings? Two hands like 10 rings? Or just one more to complete the threepeat and they are out? Regardless of the answer, I wish the Durants the best wherever they settle. During a time where everyone seems to be on their own little island, it’s nice to see a family that stays together after a member gets a job across the country from where they grew up. We already know that Mama Durant is the real MVP. So I guess Tony is the Sixth Man as well as a hell of a great brother and even better man. I know we are supposed to focus on basketball, but everyone forgets that this is the Durants lives we are dissecting here.

What was that you say?

Well now, I imagine known social media power user Kevin Durant is throwing hearts at posts about Frank Ntlilikina starting games because he just likes Frankie’s game. Nothing more, nothing less. KD is just a fan of basketball that appreciates someone else who has a 50 foot wingspan getting his shot to shine in the opening night of the season. Nothing to see here. Nothing to see at all!

Fuuuuuuuuck this is going to be the most nerve-racking season ever, huh? Monitoring every rumor about every meeting LeBron did/didn’t take back in 2010 was hard enough. But that was before Twitter, Instagram, and sports blogs reached the level they are at today. Now every person with a social media account or a reddit handle is a goddamn sleuth trying to figure out where every player is going and why. We are going to be getting intel that Kevin Durant likes soda and Tony Durant’s car is green. And as a Knicks fan, it’s not like I have the Mets or Giants to fall back on. I have gone all in on the Knicks finally landing the superduper stud free agent even though they are roughly 0 for 285,176,917 in my lifetime. Nothing can possibly go wrong!!!

Now has anyone looked to see what Kevin Durant’s cousins said after last night’s game?