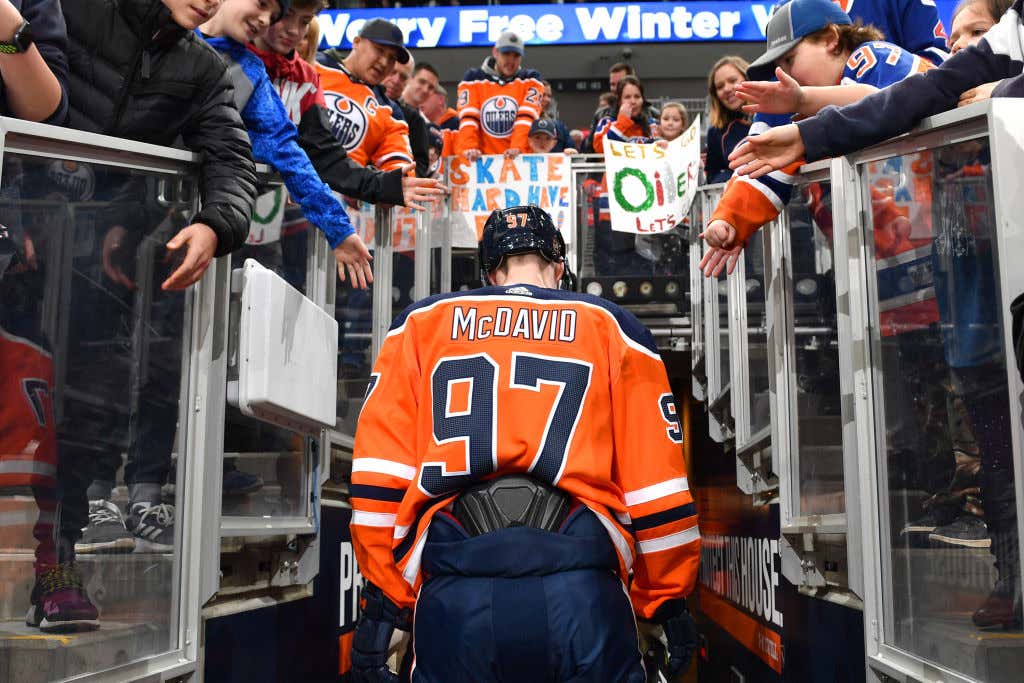 As many people know, today marks the legalization of the recreational use of marijuana in the entire country of Canada. Being that the NHL has the most professional sports teams in Canada of the 4 major sports in North America, tons of hockey players are being asked the question of whether or not they should be allowed to use marijuana or CBD. Connor McDavid, who some say is the NHL’s best player has now come forward and said he believes the NHL would be “stupid” to not look into changing their policy.

McDavid recently spoke with the associated press on the matter:

“You’d be stupid not to at least look into it,” Edmonton Oilers captain Connor McDavid said. “When your body’s sore like it is sometimes, you don’t want to be taking pain stuff and taking Advil all the time. There’s obviously better ways to do it. … You’re seeing a lot of smart guys look into it. You’re seeing a lot of really smart doctors look into it. If all the boxes are checked there and it’s safe and everything like that, then I think you would maybe hear them out.” (via the AP)

He couldn’t be more right. I wrote a blog in September on basically the exact same thing. The NHL has an opportunity to embrace CBD and THC in their game and they absolutely should. I can understand if there is a little push back on the THC, which is ridiculous, but I guess I can understand. But there should be CBD in every NHL locker room.

Marijuana is completely legal is Canada. 100% legal. I know it is in the CBA, but who does the NHL think they are telling their players, who are residents of a country in which it is legal to do so, that they cannot smoke. We are talking about guys lives and their health at this point.

Other players are also being asking as well. Matt Duchene, who played in Colorado where it was legal and now plays in Ottawa where it is legal, had this to say on the outlook of cannabis in the NHL.

“It was so tainted for a long time,” Ottawa Senators forward Matt Duchene said. “And now people are starting to learn a little bit more about it and there is definitely some positive uses to different elements of it.” (via the AP)

Riley Cote, who has been huge for the cannabis movement also estimated that 50% of players were using cannabis for medical purposes during his career due to the light rules the NHL have.

“While the NFL and NBA can suspend and MLB can fine players for multiple marijuana infractions, only a significantly high amount of the drug found in NHL/NHLPA testing triggers a referral to behavioral health program doctors. Cote estimated about half of players during his NHL career from 2007-2010 used some sort of cannabis for medicinal purposes, though players suggest use in hockey currently is lower than the population at large.” (via the AP)

McDavid is right though. The NHL would be stupid to not look into it. They need to start having more conversations. Get guys to the table and talk. Get guys like Biz and Riley Cote in there and let them here how it has basically saved their lives.

Stay tuned, Cote will be a guest on Spittin’ Chiclets in the near future to discuss all of this.