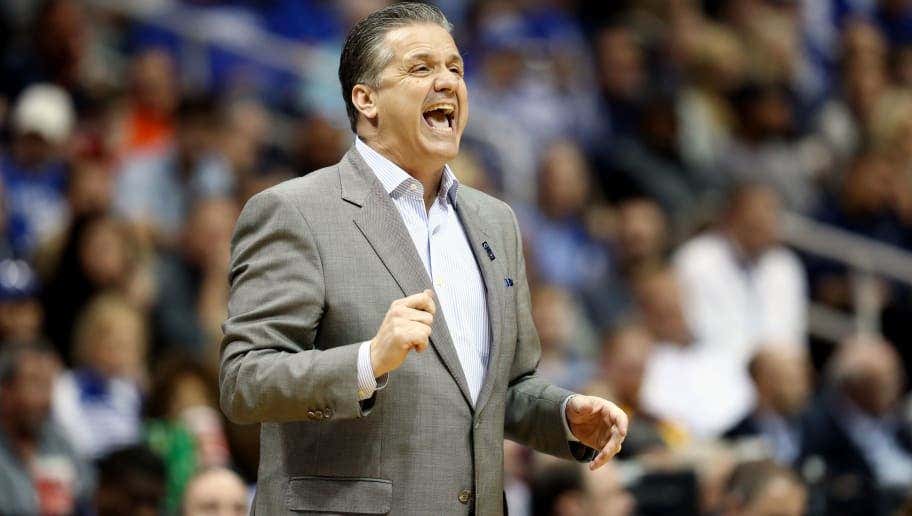 [ESPN] – “I’ve got the solution,” Calipari told ESPN on Tuesday. “The NBA, you want these kids in the G League, you want to do all this? Everyone that goes in the G League is guaranteed eight semesters of college education if you don’t make it. You give them a signing bonus, you pay them. And then if they don’t make it after two years, the NBA pays to have them on my campus. They have to sit out their first year, to prove they really want to be in college. So you can come to college, the NBA is gonna pay for it, for eight semesters. You come back, sit out a year to prove you really want to be in college, then you start playing and your clock starts.”

So John Calipari continued his trend of coming up with wild ideas on how to fix college basketball. He once proposed hosting the SEC Tournament before the end of the season in one arena with multiple games going on at once. He’s talked quite a bit regarding the one-and-done rule. Obviously when you think of one-and-done you think of Calipari. He was the first coach to embrace the one-and-done and continues to recruit as such.

I do think both ideas make some sense as they loosely resemble what baseball does. I think it makes sense in the idea of where he’s coming from with the G League and getting an education. This is obviously on the premise of the one-and-done going away. The idea of going to G League and then in college, is under the idea of minor league baseball essentially. That’s what he means with the clock starting. It also addresses the compensation factor that so many people are talking about now. It takes out the free market and the schools paying for players, instead just letting the NBA franchises pay for them similar to baseball. It makes sense. I’d still be curious to see what happens because if they are getting paid by the NBA franchise would they get paid to do any advertising still?

Then there’s the second idea. That stems a bit from the Rice Commission, which is bringing up the idea of letting kids who don’t get drafted come back to college if they want. Falling into the second round is a whole new animal. We’re seeing more and more second round picks sign multi-year deals. We’re seeing the growth of the two-way contract as well. That’s where I’m not sure what to think here. I mean I’m all for letting kids make their own decisions. If they want to go back to school, what would be the cut off? A week after the draft? I’d be fine with that. I know coaches would hate it because it makes it more difficult to recruit, which we’re going to see happen with the undrafted rule. But, I don’t hate the idea of giving players the power to decide if they want to come back or not. It’d be great for college basketball for some of these guys to come back, which makes the sport better.