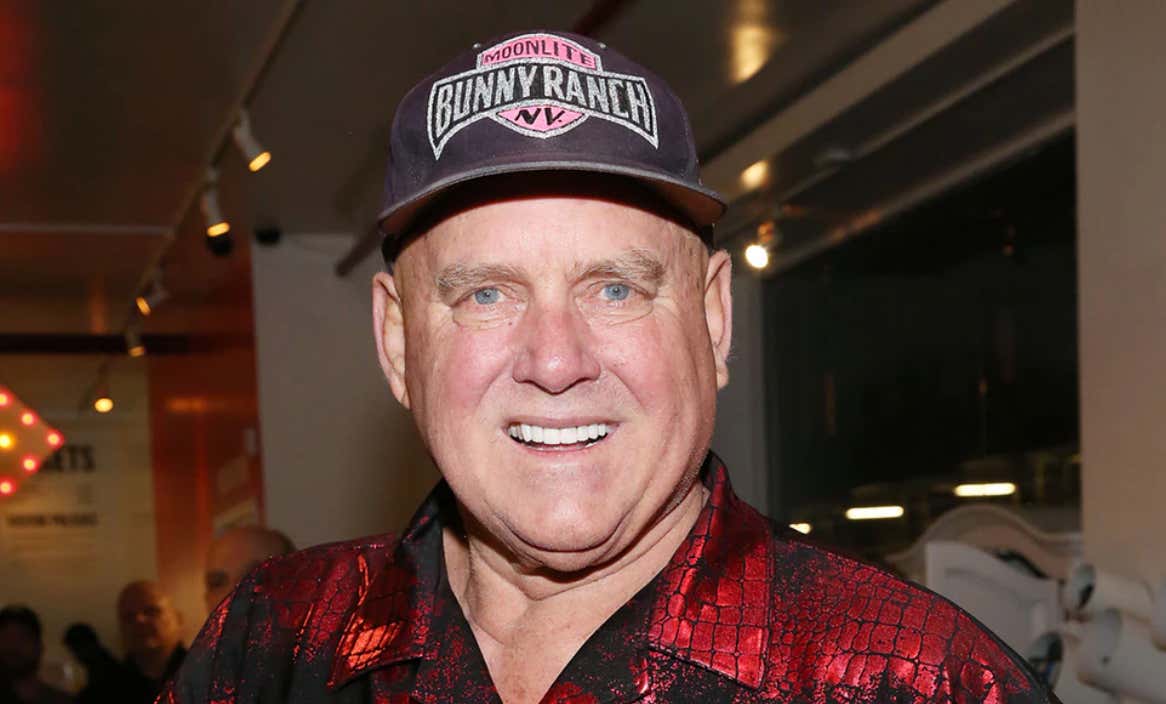 TMZ- Dennis Hof — the owner of the famous Bunny Ranch where Lamar Odom overdosed — has passed away at the age of 72. Law enforcement sources tell us they got a 911 call from Hof’s Love Ranch in Crystal, Nevada around 11 AM. We’re told the call was for an unresponsive male. Detectives are currently on scene … no foul play is suspected. Hof shot to superstardom as the star of the HBO series ‘Cathouse’ — which followed him as he ran his famous brothels in Nevada. Hof bragged about being a pimp — and came up with his own catchphrase, “There’s no business like ho business.” The most infamous incident under Hof’s watch went down in October 2015 when Lamar Odom overdosed after a bender at Hof’s Love Ranch South. Blood tests later revealed Lamar had cocaine in his system. Odom was placed in a coma for 3 days after the incident.