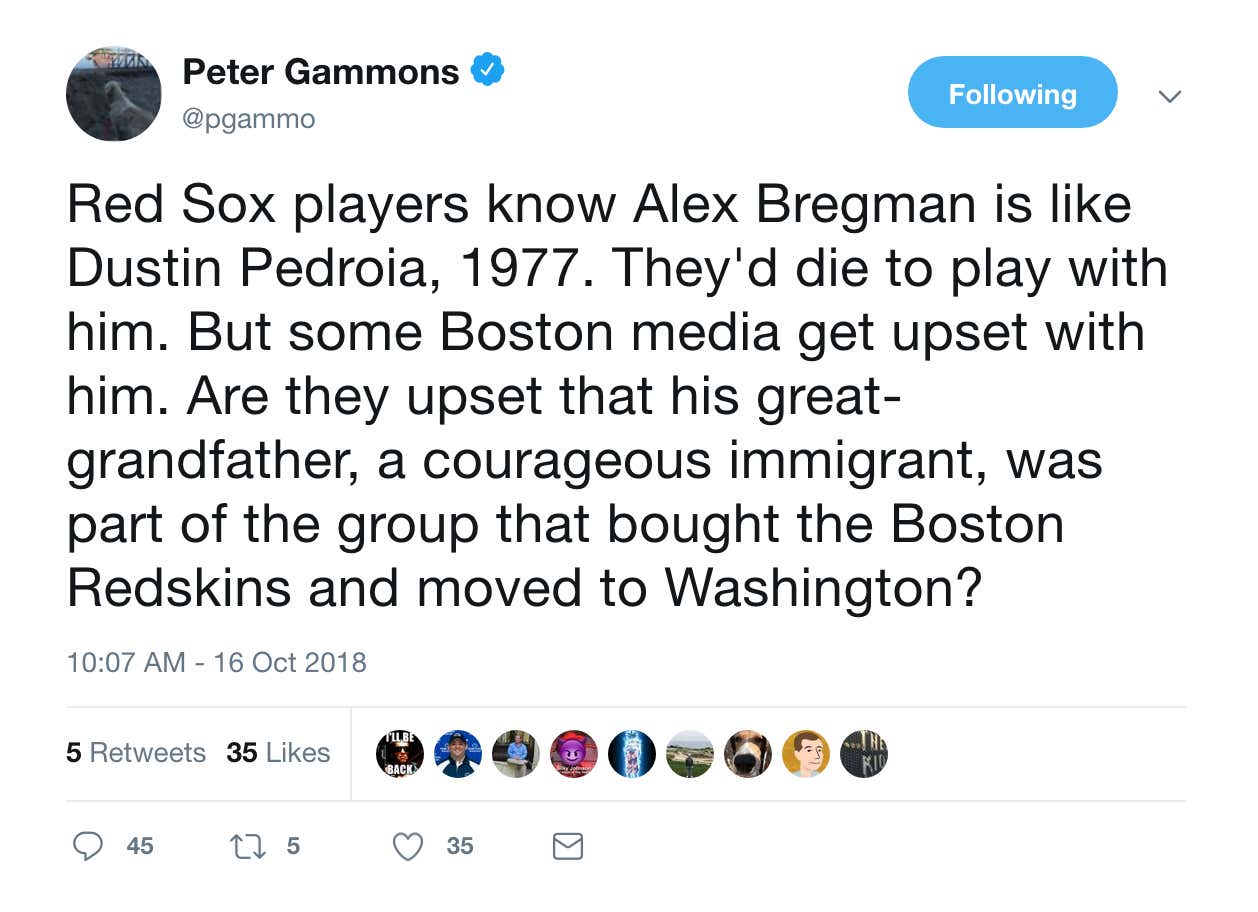 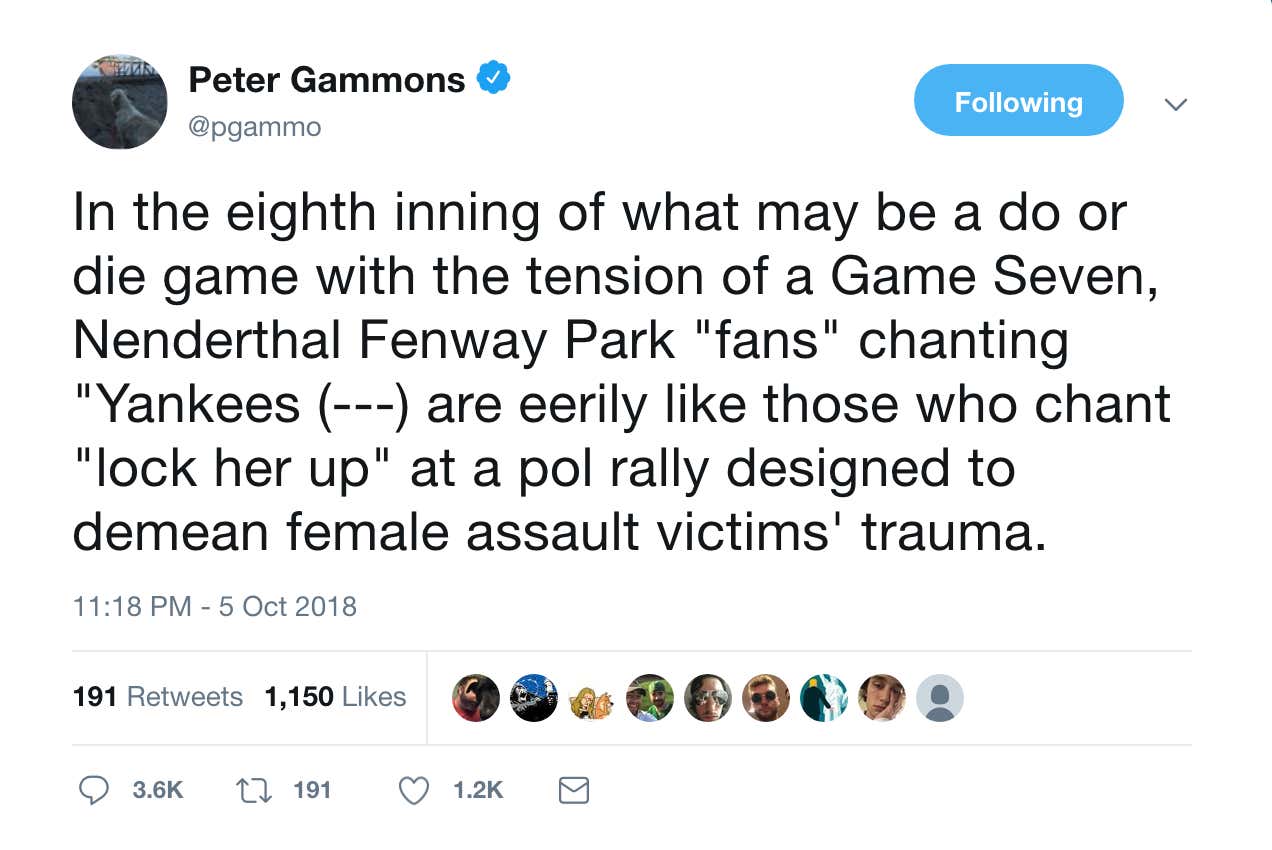 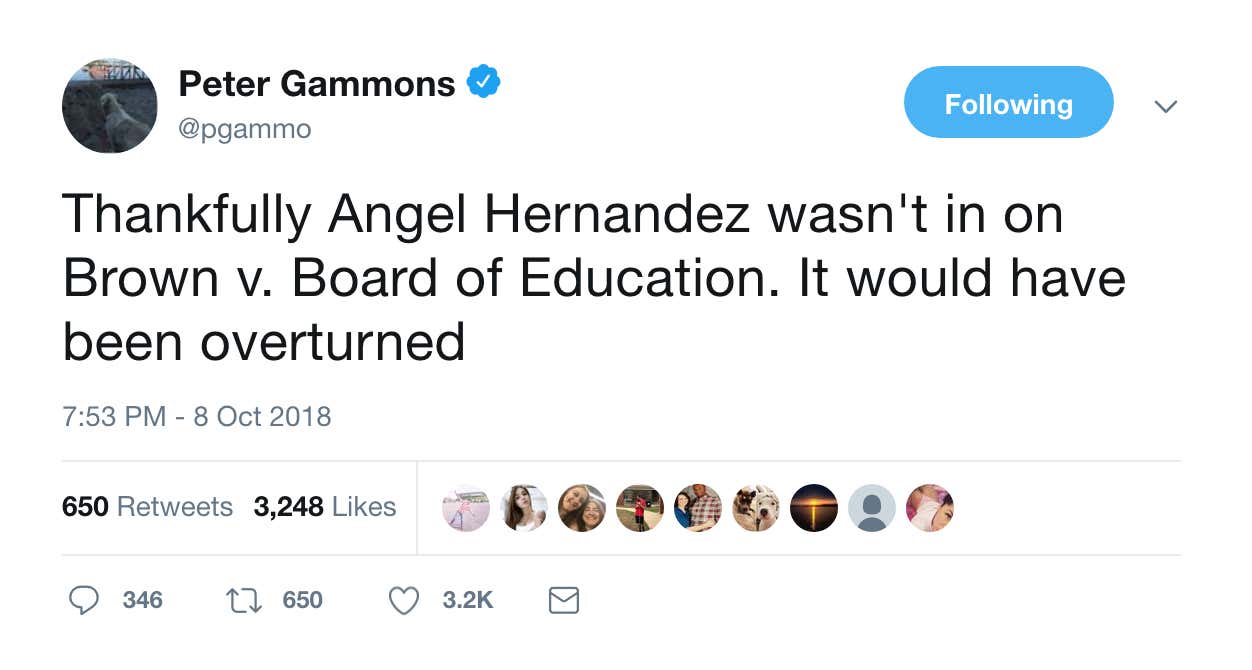 Nobody is having a better October than Old Petey No Brain. Old Man Gammons has been tweeting literally any thought that comes to his brain, no matter how convoluted. Comparing baseball fans chanting to shaming sexual assault victims? Sure. A quick little Segregation Supreme Court reference? You got it! Saying that the Boston Media doesnt like Alex Bregman because of his great grandfather moving the Boston Redskins? Three for Three!

Stay hot, Gammo. Stay hot. Zero repercussions. Never any blow back. Never thinks about deleting his asinine, non sensical bullshit. Its like CreedThoughts but to 600,00 people. Hes like your old grandpa who just gets a free pass for saying anything he wants. Like the Nana from Wedding Crashers

Cant wait until I reach that point in life. Get paid for my thoughts no matter how incredibly stupid or pointless they are.