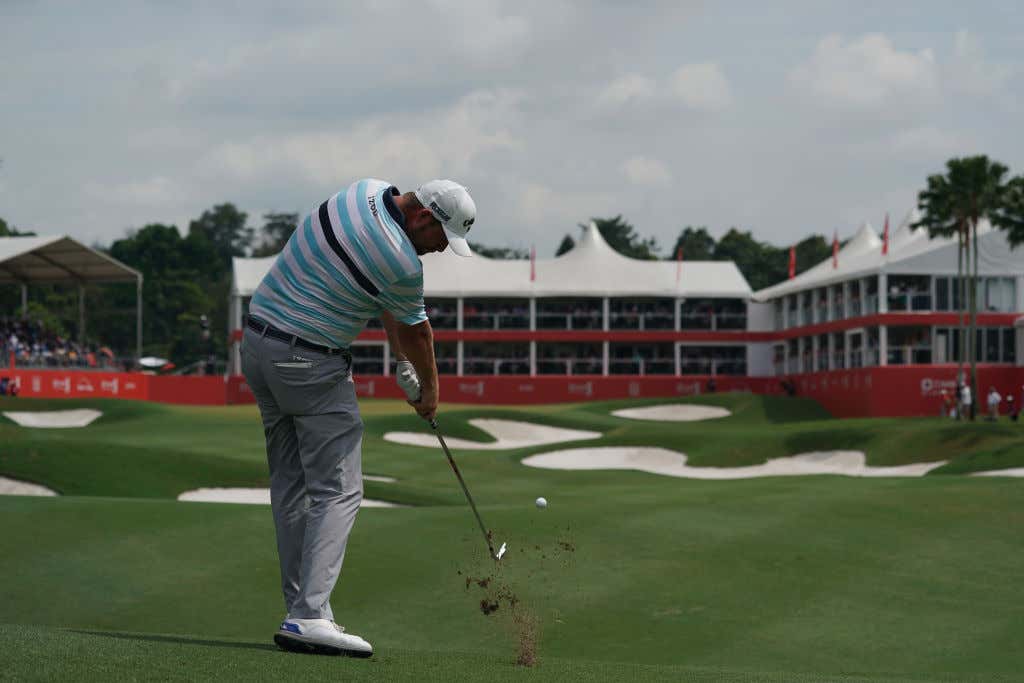 Welcome back to This Weekend In Golf* where we discuss and recap everything that happened in the golf world over the weekend.

*by welcome back I mean this is the first time we’ve done this and we will continue to do it every week. Also I think we need a better name than This Weekend In Golf but I’m a wee bit hungover and can’t think today so let me know what you got.

Hello friends. First and foremost I want to say, congratulations. We made it. It’s fall golf SZN aka QZip SZN aka the best time of year. After several months of battling through gruelingly hot temperatures and humid conditions, we now get to toss on a pair of pants, a quarter zip, and peg it while placing football bets with the foursome then sitting at the 19th hole over a transfusion or five and seeing how we do. All while texting, “sorry babe, it’s incredibly slow on the course today” to the WAGs. It’s the best.

Look, there are a million things more interesting things to do this time of year than get up before the sun, on a Saturday or Sunday, and watch Malaysian Tour coverage. So, if you missed it, here’s what happened.

Marc Leishman ran away from the field at the CIMB Classic for his fourth PGA Tour win. Amazingly, that’s the same number of wins as Rickie Fowler. Leish is now 16th in the official world golf rankings.

Note: My take on Malaysia is this. I will never go there. Just monster after monster appears on this course like it’s totally fucking normal. No thank you.

In this week’s edition of Golf’s A Funny Game, Leish couldn’t keep his driver on property leading up to the CIMB.

Golf Channel — “On Tuesday I got here and I thought I was going to have to call Callaway and get them to leave some more golf balls in my locker, I was hitting my driver a bit sideways. Sorted that out, and this is the result.”

How we celebrating? Beers.

Golf Channel — “We’ll sit that (trophy) in the middle of the table tonight and have a few beers and just talk about it and just have a good night with friends really. I’m looking forward to doing that tonight.”

Speaking of beers, Eddie Pepperell took down the British Masters this week. If you need a refresher, Eddie’s the beauty who shot a hungover 67 in the final round of this year’s Open Championship at Carnoustie.

Eddie vaulted into the world top-35 with the win, which almost assures him his first Masters appearance. Good on ya, Eddie.

The tourney was held at a burned out and brown Walton Heath in England. Some folks bitched about the look, but this is what true links golf looks like. They don’t water the fairways — if it doesn’t rain (which it didn’t this summer), the place won’t be green. It wasn’t green, and it gave us a cool look at some different and awesome golf.

The People’s Women’s Golfer Danielle Kang finished T3 in South Korea this weekend. A disappointing final-round 72 left our girl without a chance to win, but anytime that legend plays well, we’ll talk about it. She may be the single coolest person in all of golf.

Jordan Spieth committed on Friday to play next month’s Shriners Hospital for Children Open in Vegas. This appearance is largely being seen as Spieth and the Tour’s “resolution” after he failed to meet the Tour’s minimum requirements last year because he failed to make the Tour Championship.

At East Lake, the Tour’s chief of operations said:

“I have talked to Jordan and we’ve resolved it. We have come to a resolution. I’m not going to be able to share the details of that, [but] I will say the result is something that you will see next season. It’s resolved in a way that’s going to be a win for our tournaments, our fans and golf in general.” 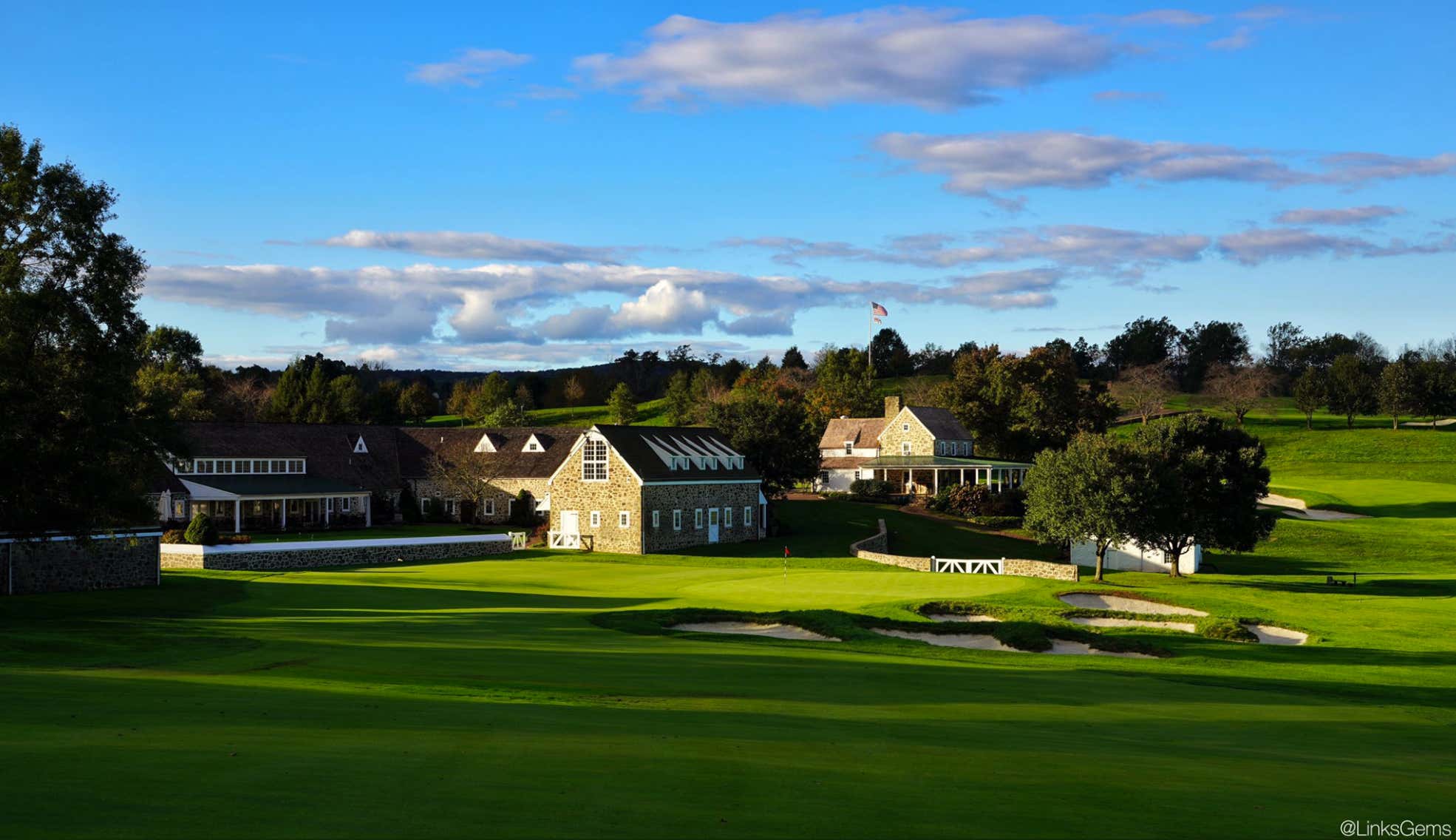 We drove up to his home track, Stonewall, in Elverson, PA. Here are some shots he took in the afternoon after we left. 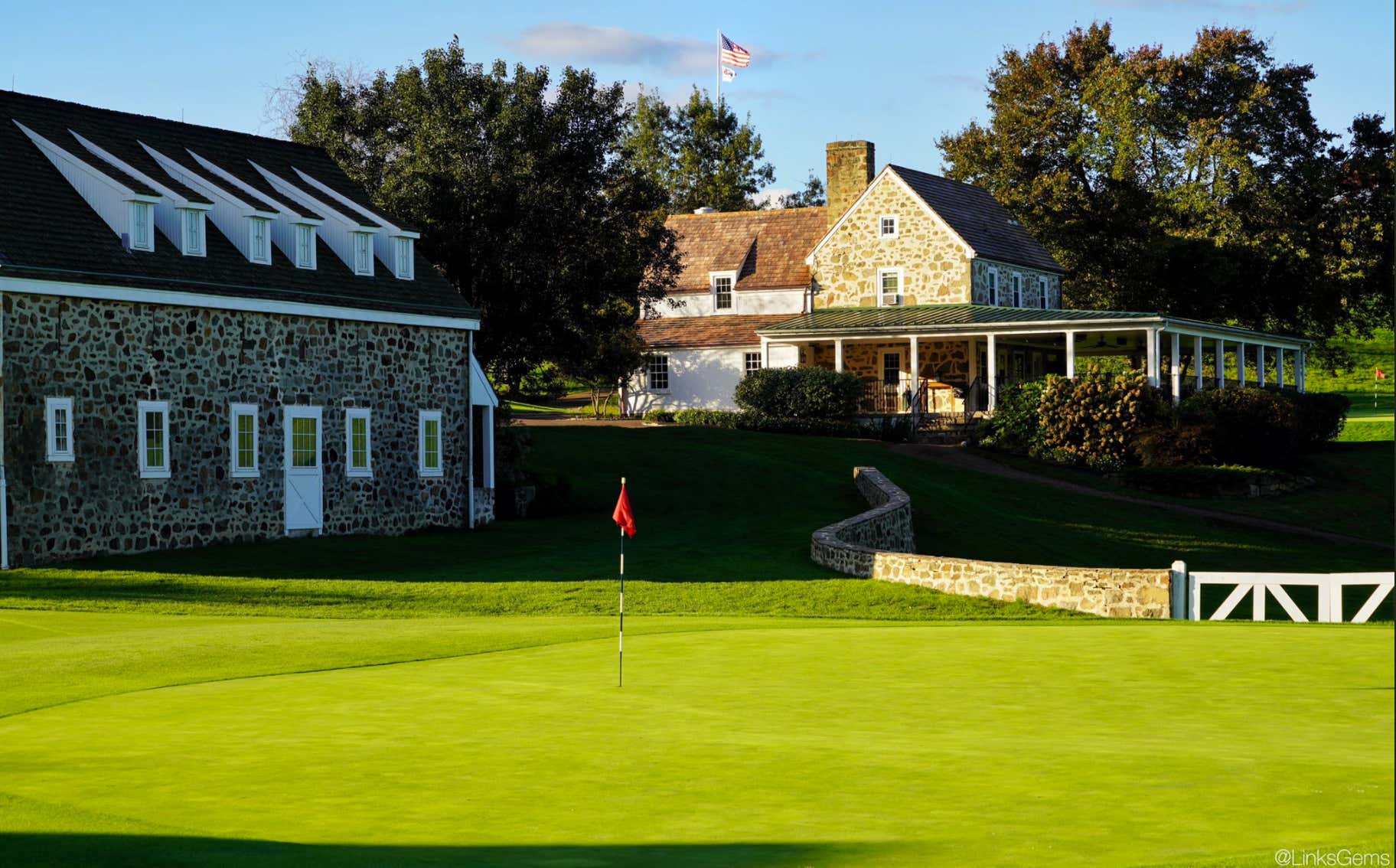 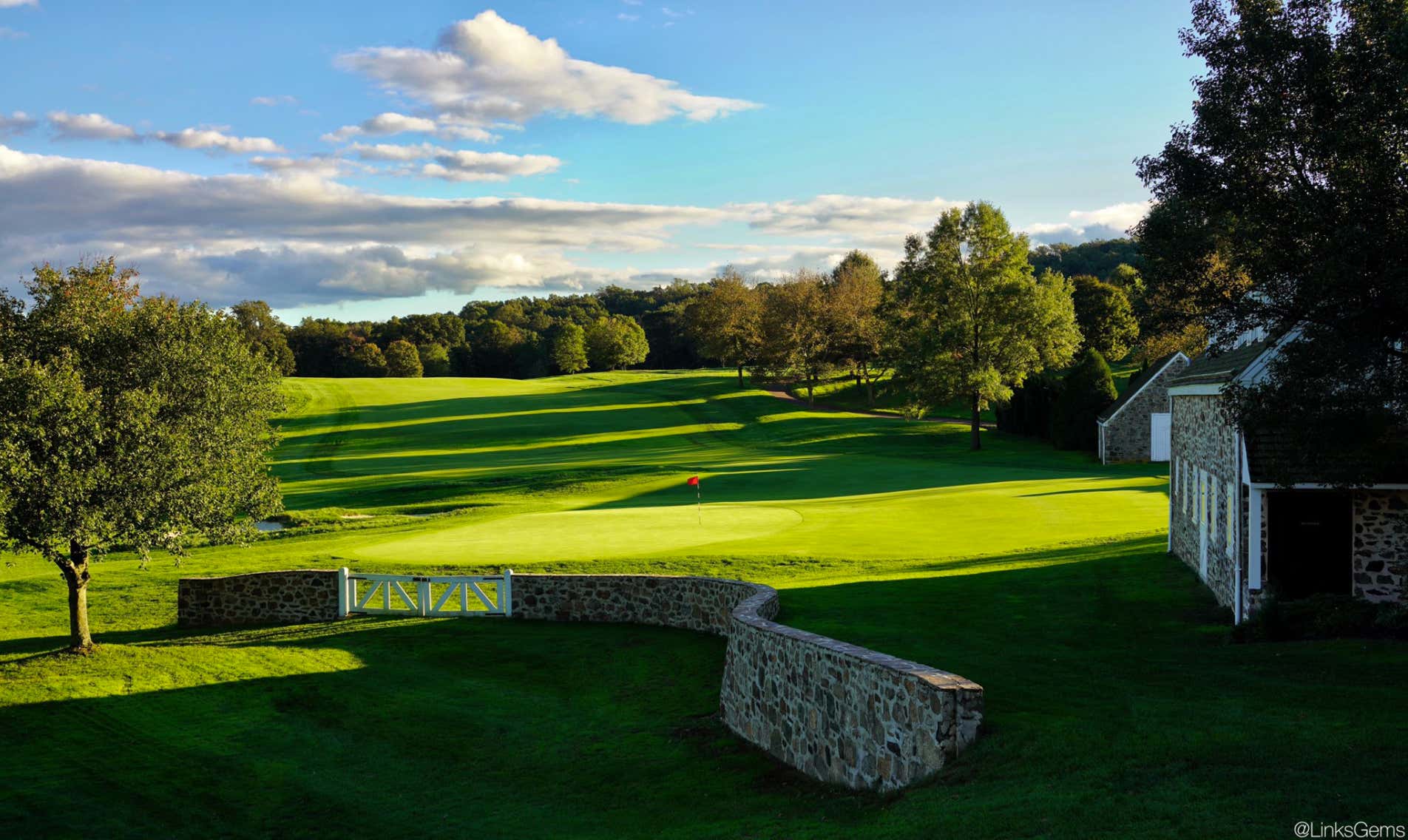 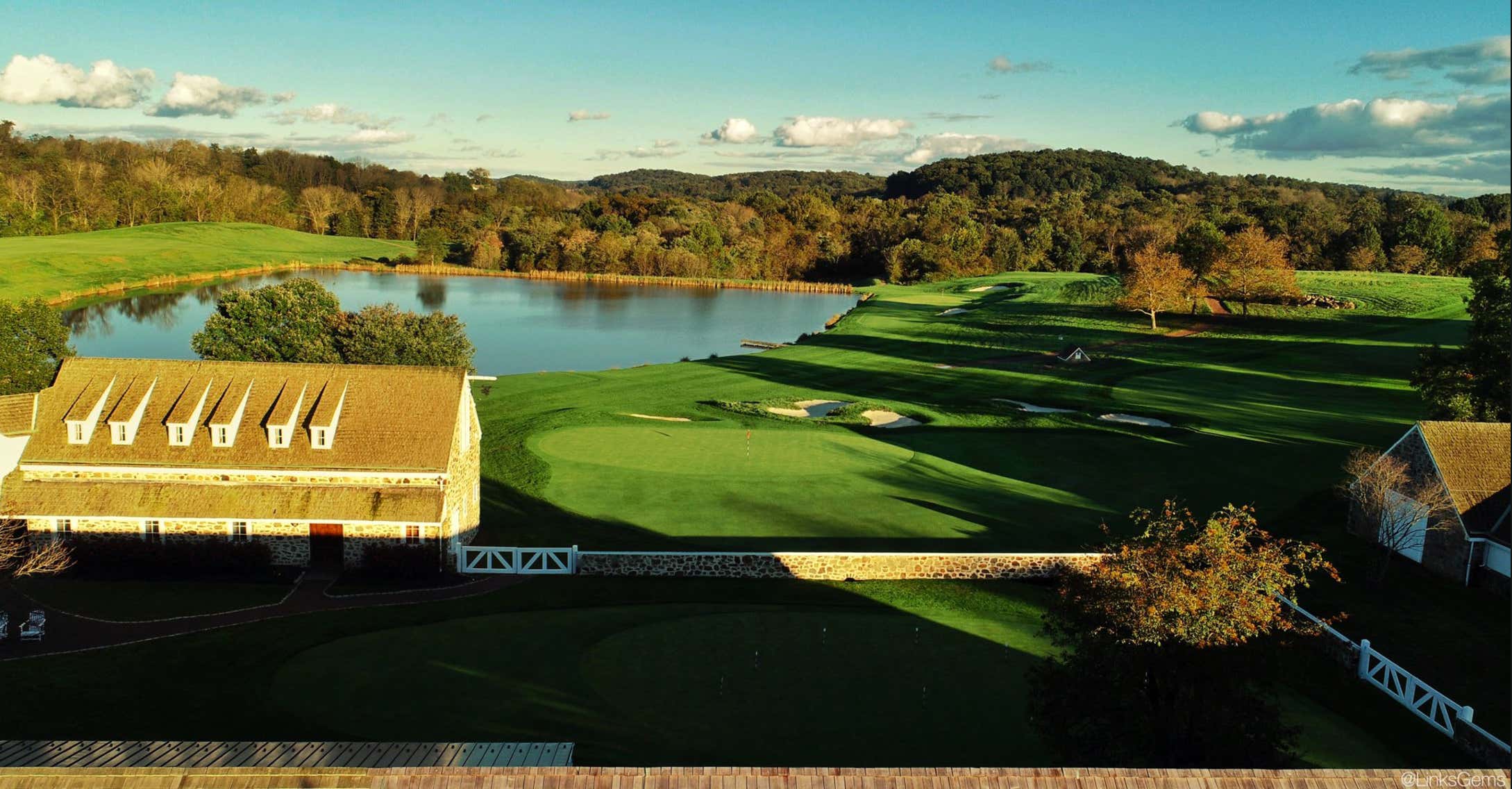 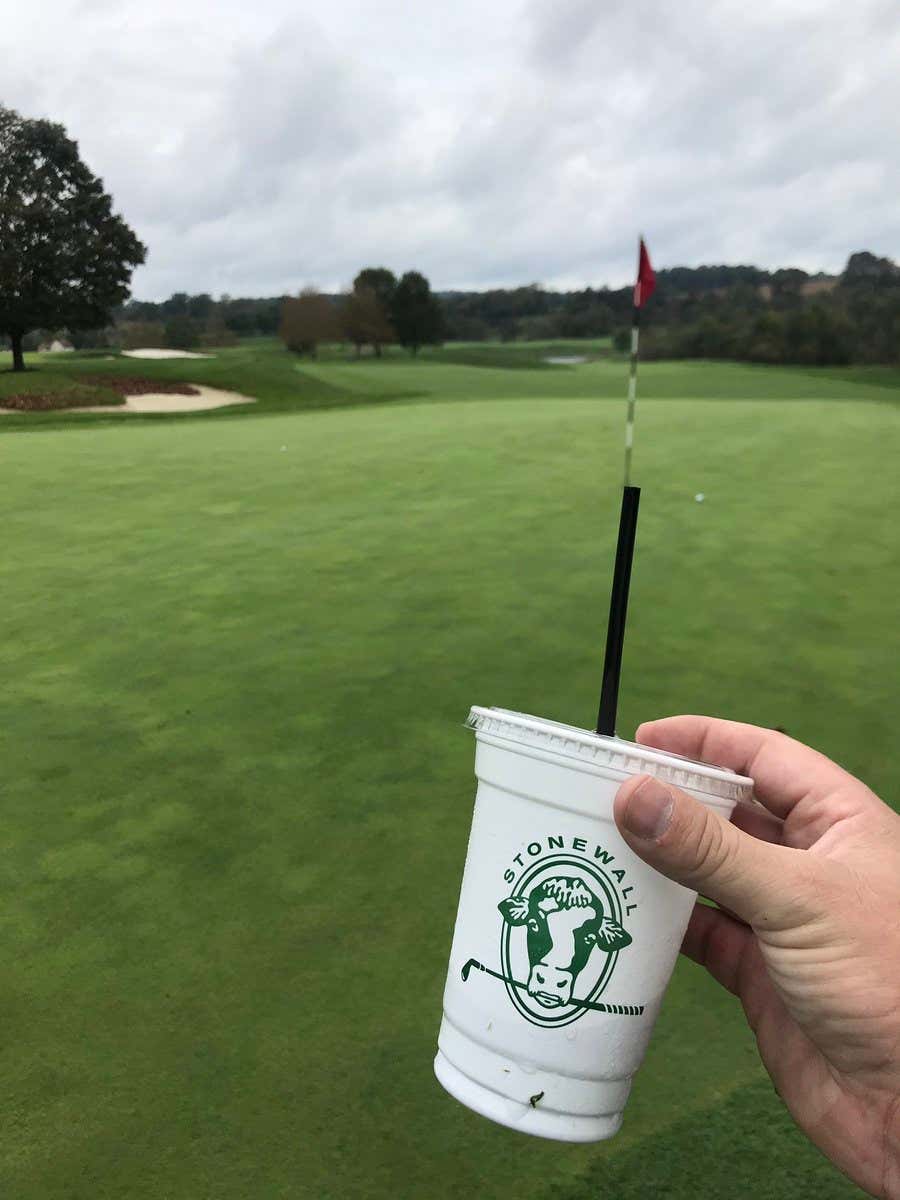 The Tour heads to Korea this week for the The CJ Cup at Nine Bridges. JT and Leish traded blows here last year before JT eventually took it down in a playoff.

We’ll be back Wednesday for the tournament preview.

The new Barstool Golf line is our more premium line of golf gear and it’s come out SWINGING. The Peter Millar QZips had to be re-stocked within an hour of going on sale, and now our lightweight, performance golf hats are next.

Don’t worry, you can still get the PM gear.

The putter grips also had to be re-stocked within an hour. That’s on me — I underestimated how awesome they would be.

You can still click there to be notified when they’re back in stock (should be about a month or so).

Enjoy the fall golf. Take advantage of that leaf rule — your ball’s definitely somewhere around there with a good lie and totally clean look at the green.