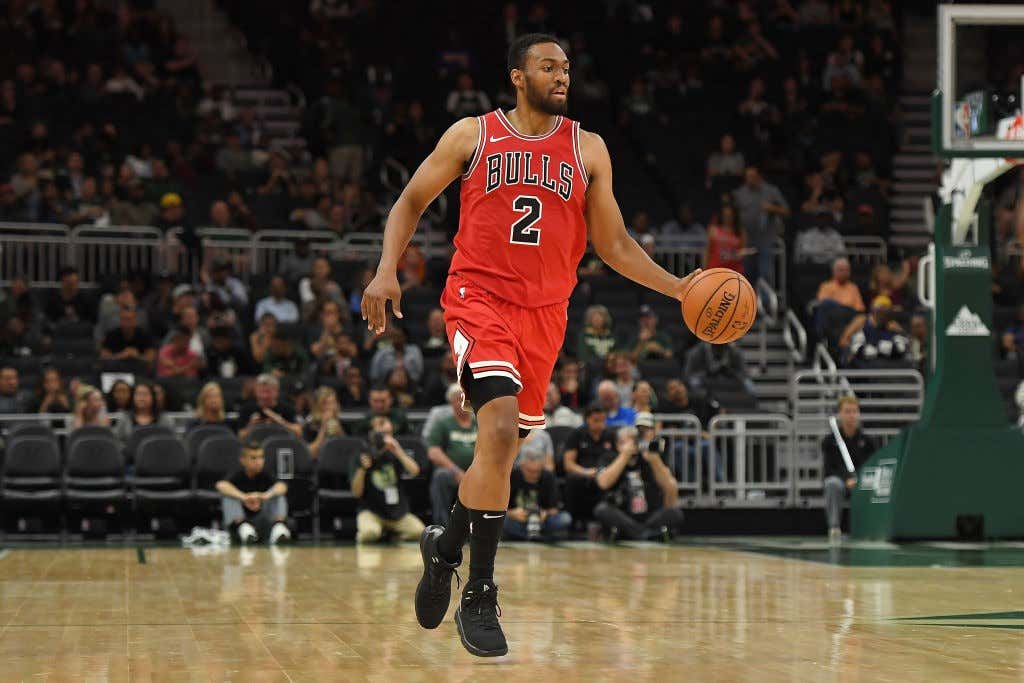 (Chicago Tribune) – Saying he declined to address reporters late Wednesday because he “just wasn’t prepared to answer questions” about his demotion, Bulls forward Jabari Parker answered almost all of them before practice Thursday.

It’s the one he didn’t answer that seemed the most telling.

Asked if, after two left ACL tears, the former No. 2 overall pick is willing to take whatever role at this stage of his career, Parker didn’t miss a beat.

And while he said he has no issues with any coaches and used the move as a reminder to play more instinctively, it’s clear Parker views himself as a starter.

“It would be a huge adjustment for me,” Parker said of a reserve role. “But I just have to change with the times.”

Pointing to Parker coming off the bench for 28 of his 31 appearances with the Bucks last season isn’t the best comparison. He was returning from that second left ACL rehab on a minutes limit. And the playoff-bound Bucks were rolling.

When Parker signed a two-year, $40 million deal in free agency to join his hometown team, he did so thinking he would start. In fact, with Lauri Markkanen slotted at power forward, he thought he would be starting at small forward.

Jabari Parker makes $20M a year. That’s good for the 42nd highest salary in the league. What’s interesting is that none of the 41 other players that make more than him come off the bench. In fact, even a handful of guys that come after him still don’t come off the bench, which makes Jabari Parker the most expensive bench player in the NBA. Something tells me that when he committed to returning back home to Chicago and for big money, that he envisioned a starting spot. Instead, that starting wing spot has gone to Justin Holiday, and Parker is on this team to back up Bobby Portis. Talk about a dose of reality.

With Baby Dirk now injured, it makes you wonder who Fred Hoiberg slides into that PF spot. One would think it would be Bobby Portis seeing as how that’s a more natural fit, but it also wouldn’t shock me if it was opponent based, with the Bulls deciding to go small and start Parker at PF depending on the matchups. This whole story is really just a reminder how much injuries fucking suck.  I would say the Bulls are in a rebuilding phase, so what does it say that Parker can’t even crack the starting lineup of this group? This is not a knock on Justin Holiday either, the guy had a breakout year for the Bulls last year and looks good this preseason, I just have to question the Bulls front office and their decision making if they are going to pay this type of money for a guy to come off their bench. I think we all sort of gasped when we saw Parker got a 2/40M deal, but for a starting caliber player that’s the going rate. Parker is their highest paid player (LaVine is at 19.5M) and accounts for nearly 19% of their overall cap. How many successful NBA teams have that situation where a bench player is their highest paid player?

Personally I’m rooting for Parker to get back to his original form because when he was right he was one of the more exciting players in the league. I thought it was a good story for him to return home, but it sure as hell looks like things are already starting off on the wrong foot. Makes you wonder if things get bad by February, do they try and move him to get out of his deal? That’ll be something to keep an eye on for sure.