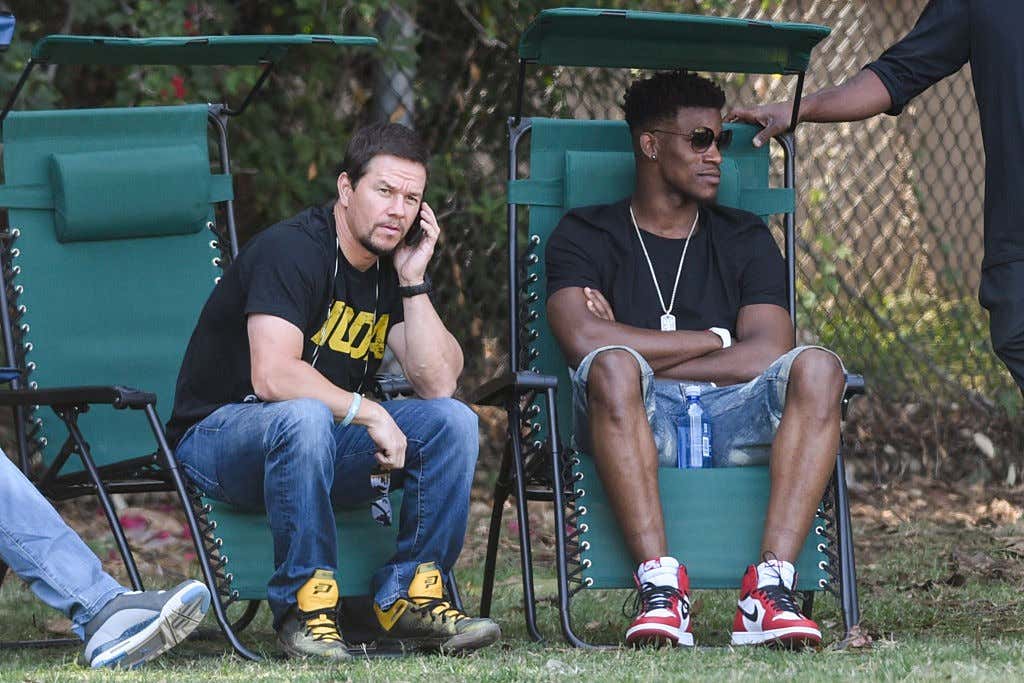 Star Tribune- Mark Wahlberg starred in and was a producer of the movie “Broken City’’ that was released in 2013. That was the same year Wahlberg was filming a “Transformers’’ movie in Chicago, and met Jimmy Butler playing pickup basketball at the Bulls practice facility. Wahlberg and Butler started a friendship that both the blue-collar juvenile delinquent from the Dorchester neighborhood of Boston and the abandoned kid from the dusty streets of Tomball, Texas have made public with great pride.

I’m not saying that Wahlberg was the adviser for the dramatic short featuring Butler that was played out on Wednesday at Mayo Clinic Square, but it was done well enough to be a Marky Mark Production.

There was insight sought from a Chicago media person who had watched Butler from the start of his career. The suggestion was that Jimmy came into the league driven by his underdog status, and that changed a few years later when he started hanging out with Wahlberg and seeing himself as a star. The feeling in Chicago was that Butler’s game stopped growing three, four years ago, as his head grew ever larger.

Oh hell yes. Nothing beats a good Hollywood twist in the NBA world. This entire time I figured Jimmy Butler was just sick of playing with guys he didn’t like, whether it was two Alphas in Chicago or two betas in Minnesota.

Nope! It has nothing to do with any letter in the Greek alphabet. Instead, it turns out it is all Marky Mark’s fault because he became friends with Jimmy Butler and Jimmy got a taste of stardom. Tell me if you have ever heard of a story like this before:

1. Talented kid works his ass off to get noticed
2. Kid catches a break
3. Kid ends up in a big city and blows up more than anyone could have imagined
4. Kid gets a bad rap once success and fame goes to his head

Now I’m not trying to say that GarPax are Ari Gold and Lloyd, KAT’s girlfriend is Mandy Moore, or that the Timberwolves are the movie Medellin. But all of that is truly a tale as old as time. So I’m going to buy this theory simply because it is too funny not to lump national hero* Mark Wahlberg into this absolutely preposterous feud.

Also in case anybody actually thought yesterday’s shenanigans weren’t all planned about by Jimmy Butler, I think the T’Wolves not knowing about Rachel Nichols being in town to interview Butler is the smoking gun.

The Timberwolves have confirmed the organization had no idea Nichols and ESPN were in town until they saw the network airing snippets of the interview as a set up for NBA shows and Sports Centers that would follow.

Thibs after finding out that Jimmy Butler took on all the starters with the third stringers for publicity and not because he is ready to literally die on the court in order to win games this season: