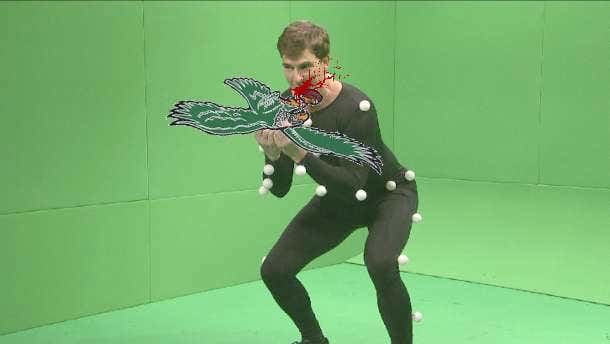 I don’t know how it happened, but I have somehow convinced myself that the Giants are going to win tonight. Usually I dread playing the Eagles more than any other NFL team on the planet just because they are such a pain in the dick, no matter what the records of the two teams are. But between releasing Ereck Flowers, Olivier Vernon coming back tonight, and the simple fact that if the Giants lose tonight their season is DEFINITELY dead (instead of only mostly dead), I am fully all in that the GMen will win, even if that’s just my dumb sports fan brain triggering a defense mechanism for me to get excited about tonight’s game after getting our guts ripped out four days ago.

Now I will say this. If the Eagles had their black jerseys on tonight, all of that confidence would be out the window. I hate playing the Eagles enough as it is, but playing the Eagles with the black uniforms on is like cranking up the difficulty to All-Madden. Luckily that is not the case tonight.

Meanwhile on the Giants side of things, we have some white hot fire emerging from the home locker room.

Now look, I love throwback jerseys as much if not more than the next guy. I have been begging for the underlined GIANTS helmets to make a full-time comeback for years and the white unis are one of the least ridiculous Color Rush jerseys out there. But I hate wearing them for a must-win game like tonight. Save that shit for a game against the Titans or some shit. Plus we all remember what happened last time the Giants wore those white color rush jerseys against the Eagles.

(Fire t-shirt on the guy to the far left)

And that was a GOOD Giants team on its way to the playoffs. Then again, the Eagles did wear black at home for that game, so we were probably screwed from the jump.

As for the actual players that will be wearing those jerseys, I am obviously thrilled Olivier Vernon is back after missing 1.5 months with a high ankle sprain. Coming back for a game that will be rainy and could lead to a reaggravation sucks. But it’s all hands on deck for tonight followed by an extra long week before playing the Falcons on Monday Night Football. Actually what am I saying? I won’t believe Vernon is back until he is actually on the field and sacks Caron Wentz on the first play from scrimmage. The ball is in your court now, Olivier (God it’s weird our best pass rusher is named Olivier).

One guy that didn’t make it back this week is Evan Engram. I don’t know why, but I’m alright with that because it’s almost like having a specimen like Engram at tight end is too confusing for Eli to process. Eli has usually been at his best with slow, plodding tight ends that he usually goes to after pump fakes to someone with a sub-5.00 40 time. Regardless, get well soon Evan and hopefully you can cause some havoc against the Falcons banged up defense during our definitely still alive season in Atlanta next Monday.

After weeks of predicting one, we finally got our Odell Beckham Jr. breakout game, with 131 receiving yards, a touchdown, and a 57-yard touchdown toss. I think/hope he can match those receiving numbers tonight since the Eagles secondary has already been thrashed for 100+ yard performances from Julio Jones, DeSean Jackson, Corey Davis, and Adam Thielen during the young season. I talked to three Eagles fans when I was in HQ on Monday and every single one of them said they were scared of what Odell, Sterling Shepard, and Saquon Barkley can do to them in the passing game, especially since the Giants are desperate for a W. That’s right, I bet you didn’t know Saquon Barkley was allowed to catch footballs since people that pick him apart conveniently leave those out of their arguments. He only had 81 yards and 2 touchdowns through the air last game to go with his 4.3 yards per carry average on the season despite his offensive line being the biggest punchline in the NFL.

Speaking of Saquon, it does bring me a little bit of joy knowing that every time he breaks a long run for the Giants over the next 6-10 years, Eagles fans that also like Penn State will feel a slight punch in the gut considering I had to watch my favorite college football player of all-time get drafted by the Eagles as all the fans booed him to hell and back because they wanted a running back, which is ironic considering the amount of Eagles fans that constantly slide in my mentions to say how stupid it was to draft a running back with the 2nd pick.

Luckily McNabb got them back by leading them jusssst close enough to the promised land while always falling short. I divorced him from my life the day he was drafted by the Eagles, but I will still never forgive Eagles fans for doing him dirty like that. Good thing New York fans never boo players that ended up being stars.

Moving along! On the Eagles side of the ball, the Birds obviously lost Jay Ajayi for the season on Sunday and have to reorg their running game on the fly during a short week against a division rival and perennial thorn in the side Darren Sproles won’t be playing either. Obviously the Eagles and Carson Wentz didn’t have a very pretty game against the Vikings and we are starting to see a little bit of the pessimistic Eagles fans poke out after walking with the swagger of a million Conor McGregors since February.

OH SHIT THAT’S RIGHT, IT’S THE CONNOR BARWIN REVENGE GAME TO GO ALONG WITH THE GOOD JUJU OF WEARING COLOR RUSH JERSEYS ON THURSDAY NIGHT!!! GIANTS IN A (RELATIVE FOR THE NFC EAST) BLOODBATH!

Final Score: Giants 30 Eagles 20
Number of awful NFC Least jokes tweeted if the game starts out ugly: 841,587
Amount of wins the Giants will be behind 1st place in the division after tonight: 0