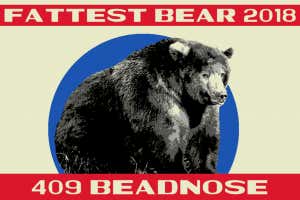 Source- Ladies and gentlemen, sows and boars, the Fattest Bear of 2018 is… 409 Beadnose!

Bears must eat one year’s worth of food in six short months to survive hibernation, and 409 has excelled at that. Her radiant rolls were deemed by the voting public to be this year’s most fabulous flab. Our chubby champ has a few more weeks to chow down on lingering salmon carcasses before she heads up the mountains to dig herself a den and savor her victory. What does the she win for all this hard work? Stronger chances of living through the winter.

Yes queen!! I don’t know if you read my first blog about this or if you’ve all been following this as intently as I have over the past week, but the competition for Fattest Bear 2018 was stiff. My original pick, Holly, got knocked out in round one, so I immediately decided to stan the other lady bear, Beadnose, because women should be supporting women, you know? 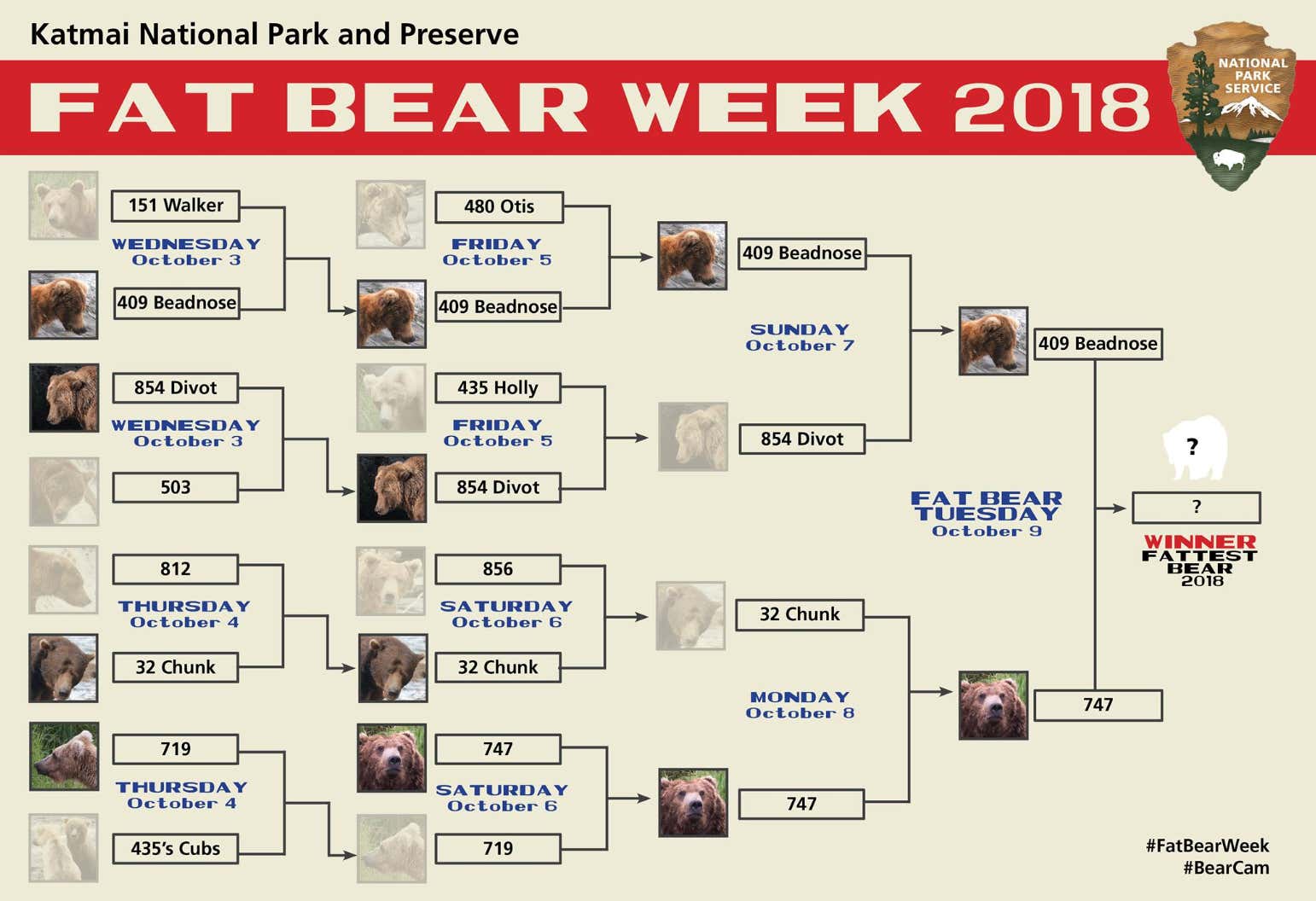 Her victory is a victory for strong, independent women everywhere. Beadnose raised and emancipated two cubs this year, so she was not only hunting for herself, but for two little ones as well. A strong independent single mother! I’m so proud of her. She was up against some intense competition in her final round, too. Bear 747 put up a tough fight, but in the end, the people saw that Beadnose’s overall weight gain was more impressive (you can check out those photos here and here).

If you missed the competition and you’re having a tough day today, I would strongly suggest going through and reading some of the comments on the bear pictures. Imagine your grandmother talking about bear weight gain in the purest, most adorable way. It has brightened my day and i’m sure it will brighten yours! Congratulations once again to Ms. Fattest Bear, can’t wait to root for her again next year, if she’s still alive. Fingers crossed.