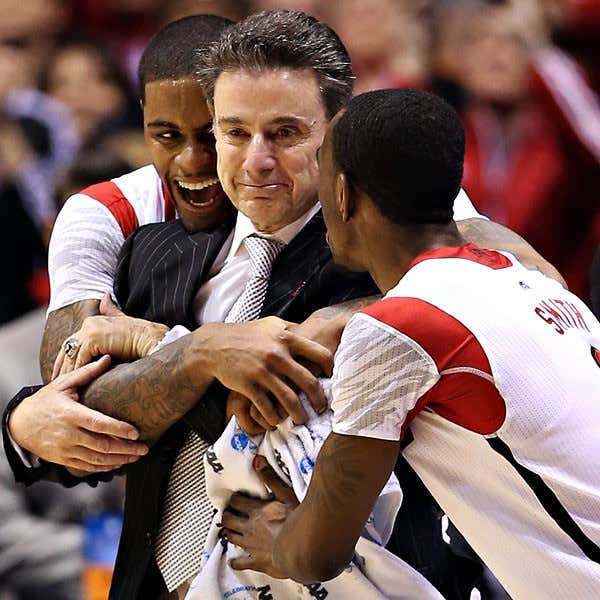 It’s been a topic floating around for some time now, but following what Brian Bowen Sr. said on the stand yesterday is just starting the conversation back up. Should Louisville get the death penalty? Yahoo’s Dan Wetzel, who has been at the court for all of the trial, goes into it yesterday.

That’s where the first problem lies. That’s where a program like Baylor can get off without the full on death penalty. That’s the program I want to use here as an example. Let’s ignore Penn State, Michigan State, etc., and just focus on Baylor where the basketball team had a murder, a pay-for-play, a coach trying to cover it all up and that’s just the basketball program. They avoided the death penalty for that.

Louisville brought in hookers for recruits and then paid a player’s father $1,300. Did they break NCAA violations? Absolutely.

But, look at the two different programs and what transpired at each one. You tell me which program deserves the death penalty more?

That’s where the problem with the death penalty lies. Like 99% of the NCAA it’s an outdated rule. I get the whole first strike thing, but are we really trying to say what Louisville did deserves the death penalty? It absolutely doesn’t. Should there be sanctions? Sure. They already received some with four years probation and stripping the 2013 title – still the dumbest rule in the NCAA.

But, this trial is showing more about how outdated the NCAA is and should be bringing up the conversation of free market pay for players instead of fraud. That’s always been the case here. I’ve said it a million times. Those on trial are showing that this isn’t a fraud thing. It’s simply paying for players to come to their school to give them a chance to win, because good players = more money for the program. It’s that simple.

So, yes, Louisville like many other schools here fucked up in terms of paying someone like Brian Bowen’s father. But, they are far from the only program to do so. Hell, we’ve heard Creighton, Oklahoma State and Oregon all come up during the trial for the same player. That doesn’t deserve the death penalty. Let’s just stop trying to punish the current kids with something like this for what an assistant coach in the past did. It doesn’t make sense.

If Baylor couldn’t get the death penalty, no program should. Let’s just retire tossing it out there and work on updating the NCAA rule book instead.