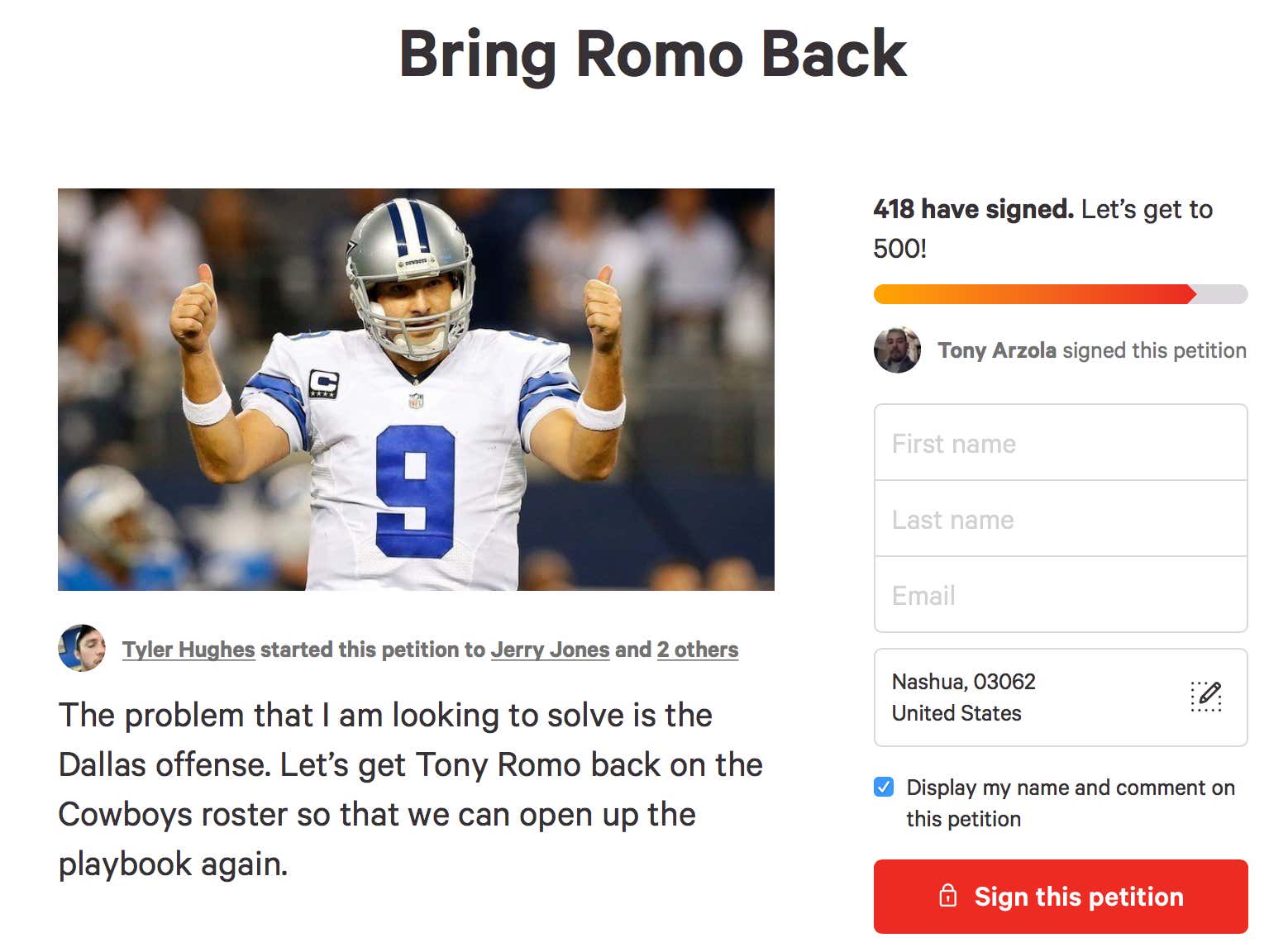 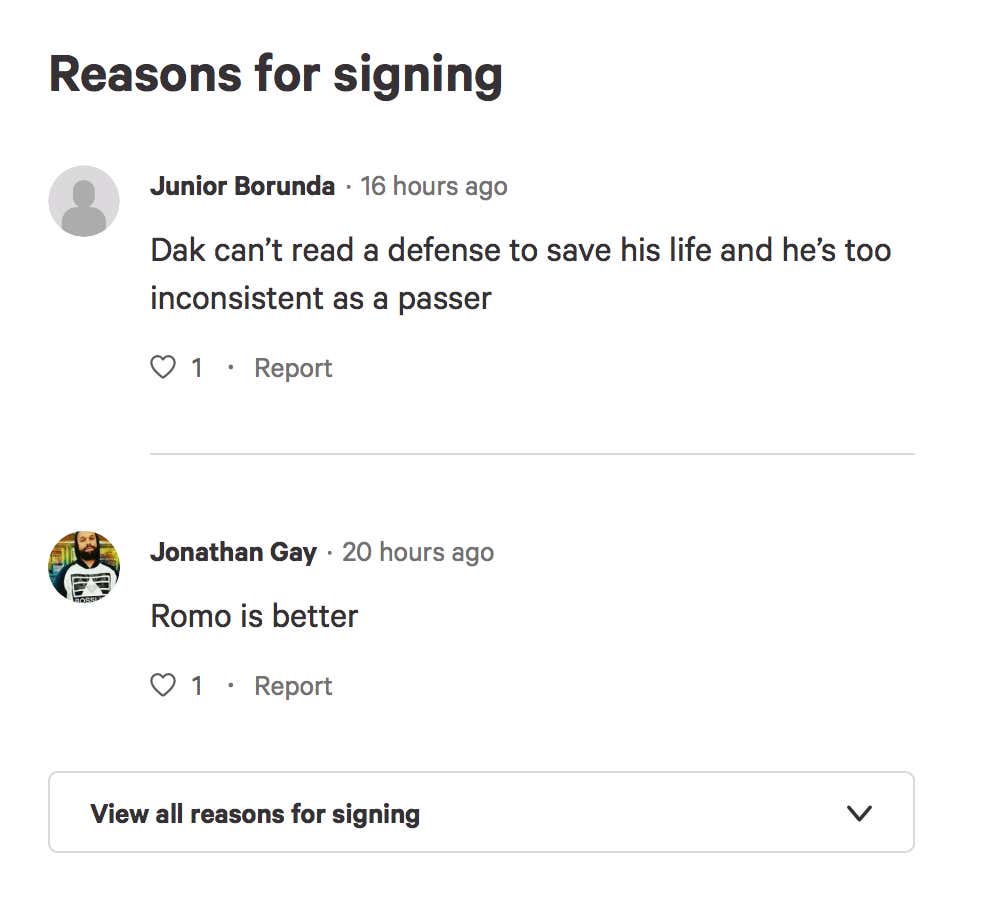 Listen folks, desperate times call for desperate measures. Dak Prescott looks like poop so far this season, and Cowboys fans have spoken- NO MORE DAK! They’re tired of having steam blown up their asses by Jerry Jones and Jason Garret about how tough he is and what remarkable leadership skills he has. All fans care about is that, after five games, his stats look like this.

I can smell ‘em from here! And you know what? Troy Aikman, the man responsible for bringing Dallas THREE Super Bowl Championships, he can smell it too! Aikman is officially off Prescott’s bandwagon and his hate train.

“He needs to be more accurate with the football. I’ve said for many, many years, as long as I can ever remember, when I’m asked, ‘Hey, what do you look for first in a quarterback?’ The first thing I look for is accuracy because the rest of it doesn’t matter.

So what do you do as a fan who has zero control over the organization and the roster?

You sign a petition to replace Dak Prescott with…

TONY ROMO! A man who in his 9 seasons as the starter won them TWO playoff games! TWO!

The same man who fans – just two years ago – also started a petition for!

(P.S. I thank 7-year-old me everyday for going against the grain of my entire family and picking the Packers as my team. Best decision of my life. Even Little Liz knew they were losers.)