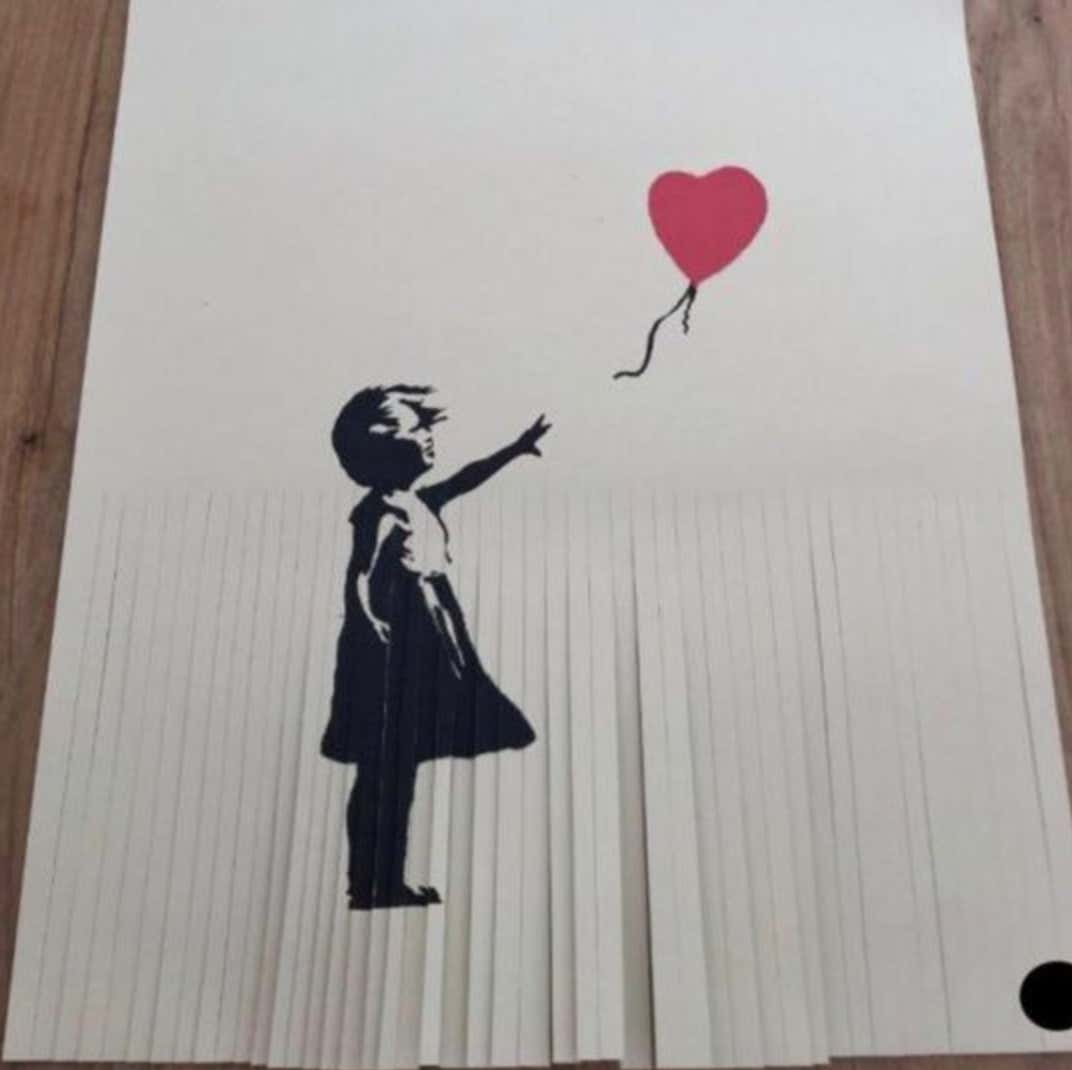 Metro- An art collector who owned a Banksy worth £40,000 has shredded it in an attempt to imitate the artist’s latest stunt – but has now made the piece almost worthless. Art experts were contacted by one owner who wanted to sell their print of the Girl With a Balloon which hit international headlines after Banksy shredded it with a remote device just seconds after it sold for more than £1 million. The bungling seller had tried to imitate the destruction by slicing strips using a stanley knife, and wanted it to be sold for £80,000, double what he had paid for it. The print was one of just 600 mint condition prints in the world, but the experts refused to accept it, and have slammed the ‘crazy’ decision as ‘opportunistic vandalism’. To add insult to injury, it has now been valued to be worth less than £1.

Art people are so goddamn stupid it’s unbelievable. Imitation is king in the art world. Everyone is losing their minds over Banksy shredding his artwork after it got sold for over a million bucks so now an owner of a Banksy shredded his own in hopes that it would make it more valuable annnnnnnnnd it’s now worth less than four whole quarters. Yeah dude no shit your cut-up art is now worth next to nothing. Banksy is a super popular artist so, when he does crazy shit to his own paintings, it’s going to increase the value of that art. It doesn’t work when Average Joe does the same thing to a Banksy. I don’t collect art and even I know that’s not how the art world works. It makes me laugh to picture this dude carefully pulling his Banksy outta the frame, grabbing a piece of scissors and cutting it up with giant dollar signs in his eyes. He thought he was about to make BANK with his genius idea. Nope. He just turned his Banksy into confetti and now has literally nothing to show for it.

I would pay a full three figures to have video of the guy’s reaction when an art expert broke the news to him. I hope it went something like this

I don’t wanna be too mean but this guy might end up killing himself. You really gotta start questioning yourself if you pull a stunt this dumb.