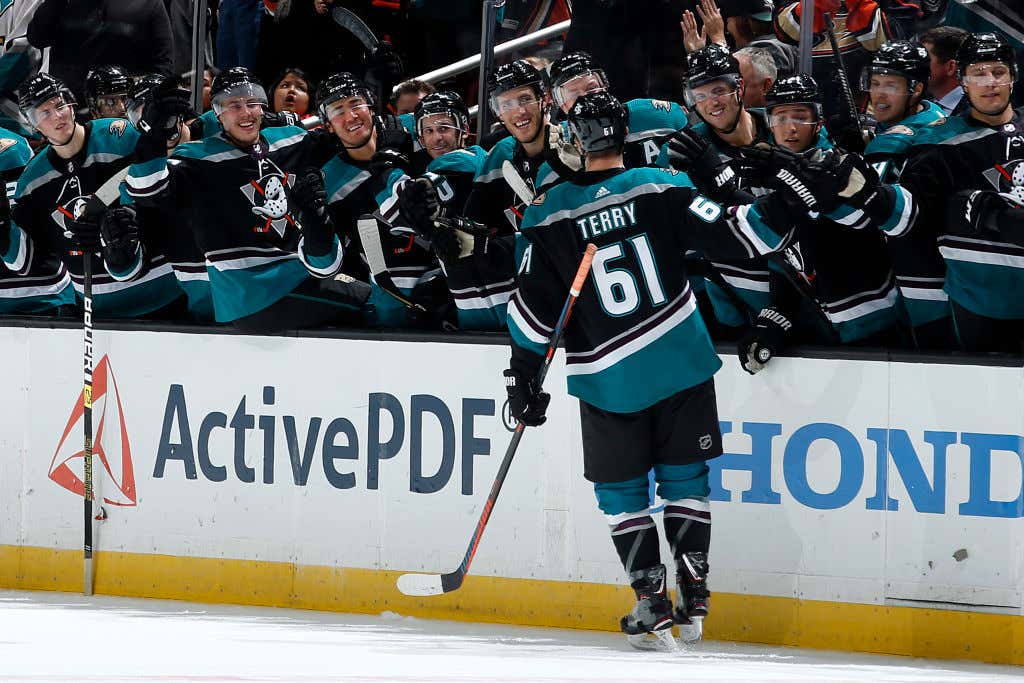 11:35am EST UPDATE: So I’m starting to find out that the answer to this question is “no”. Whatever. I didn’t want to do any actual research this morning when I was writing the blog and just asking the question was the easier option. I forgot you’re all such hard workers.

There are a few absolute legends who belong on the Mount Rushmore of Shootout Studs. You’ve got Linus Omark. You’ve got Pavel Datsyuk. You’ve got TJ Oshie. And then if you remember from the World Juniors a couple years ago, you’ve got Troy Terry who not only put Russia in his back pocket in the semifinal shootout, but also ended up with the dagger in the 2017 Gold Medal game against the Canadians. It was one of the most dominant performances in recent history. And you figure that anybody with half a brain would remember said performance and any goalie who would be faced to go up against Troy Terry in any shootouts for the rest of eternity would know to close their damn legs. I’m not saying that Troy Terry is a slut shamer. But I’m also saying that he will punish anybody for leaving their legs spread open. And he did that last night against Jimmy Howard and the Detroit Red Wings on his first shootout attempt in the NHL.

Now I think it’s a little disrespectful to be wearing those Ducks sweaters and not at least attempt the Triple Deke. But that’s neither here nor there. Because the fact of the matter is that this was Troy Terry’s first career shootout attempt in the National Hockey League and he did what he does best–bury that shit five hole for the win. It was the only goal scored during the shootout and now here is the question that needs to be asked for the nerds and hockey historians out there in the crowd.

Is Troy Terry the first player in NHL history to bury a shootout game winner before scoring his 1st career goal? Because I can’t imagine that list is very long if anybody has ever done it before. Last night was only Troy Terry’s 5th career NHL game. I feel like most guys on a roster who are only playing in their 5th career game aren’t going to be one of those first 3 shooters to go for their team in the shootout. But I also feel like not a lot of guys are certified assassins like Troy Terry is when he’s 1v1 with the goalie. I’m pretty sure we probably witness some history right there. Now let’s take a quick jog down memory lane to enjoy the moment.