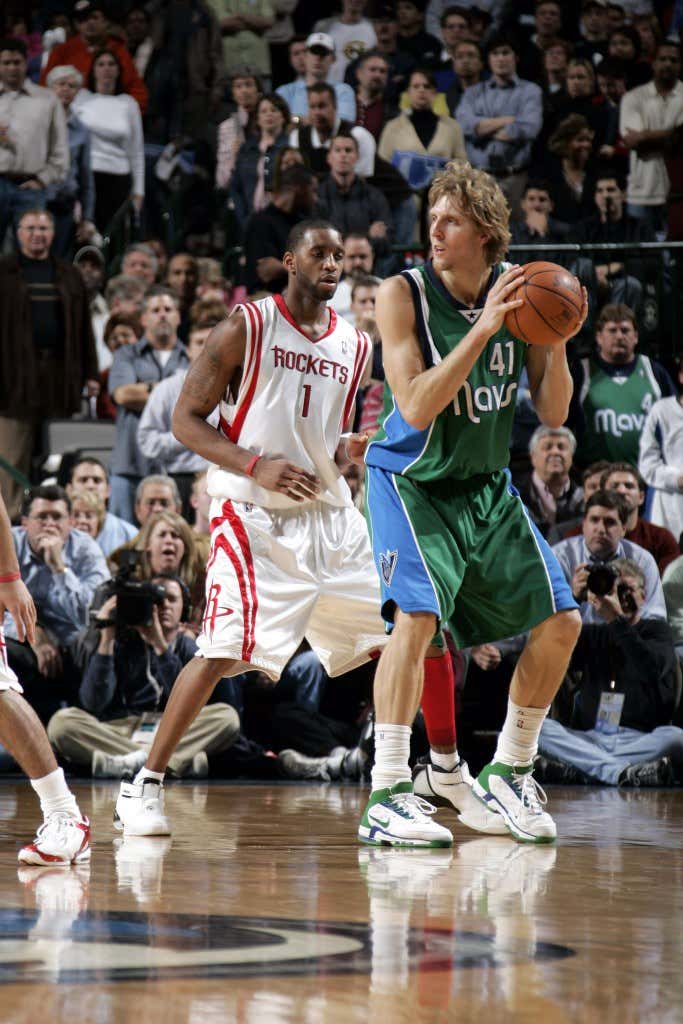 Alright, you’re almost there. By now you’ve slaved over the majority of your brutal return to work and now it’s time to help you get over the hump and out the door. Today for your time waster I wanted to choose one of my favorite battles, Dirk vs T-Mac back in 2004. you guys remember this game? No? Dirk finished with a decent 53/16 with 4 blocks and McGrady an OK 48/9/9. Just two Hall Of Fame beasts going head to head in their primes in a classic Texas battle. Between these two and the Spurs in the middle of their dynasty run, you could argue the state of Texas owned the NBA back then. Add in the fact that all three are in the same division and there was some big time basketball being played. This season the Mavs won 58 games, the Rockets 51, and the Spurs 59. I can’t remember a time in which one division had three teams win that many games.