I…I…I don’t even know what to say. A little more than a year after the Giants lost on a Jake Elliott 61-yard field goal as time expired, the G-Men lost on a Graham Gano field goal as time expired. To be honest, I’m not sure what’s worse. I hate the Eagles with the fire of 1000 suns and all. But having to read Graham Ga-yes 1000 times on Twitter makes me want to vomit everywhere.

Actually you know what’s worse than either kicker nailing the longest field goal of their career against your team in a must-win game? A phantom first down given to the Panthers.

What a fucking joke. As if the rollercoaster of watching Eli go from throwing no picks in 3 games to 2 picks in like 5 minutes to a go-ahead drive with a minute left wasn’t enough, we now have to live with that call and the field goal. Yeah I know they would have kicked the field goal from that same spot after a review. But you don’t know what happens once you get into Butterfly Effect shit.

On the bright side, at least I got to use that old Christian McCaffrey meme for the first time.

Oh yeah and to make matters worse or superfreak, super awesome running back that we drafted over all those QBs in the draft appeared to get hurt on that ridiculous touchdown. 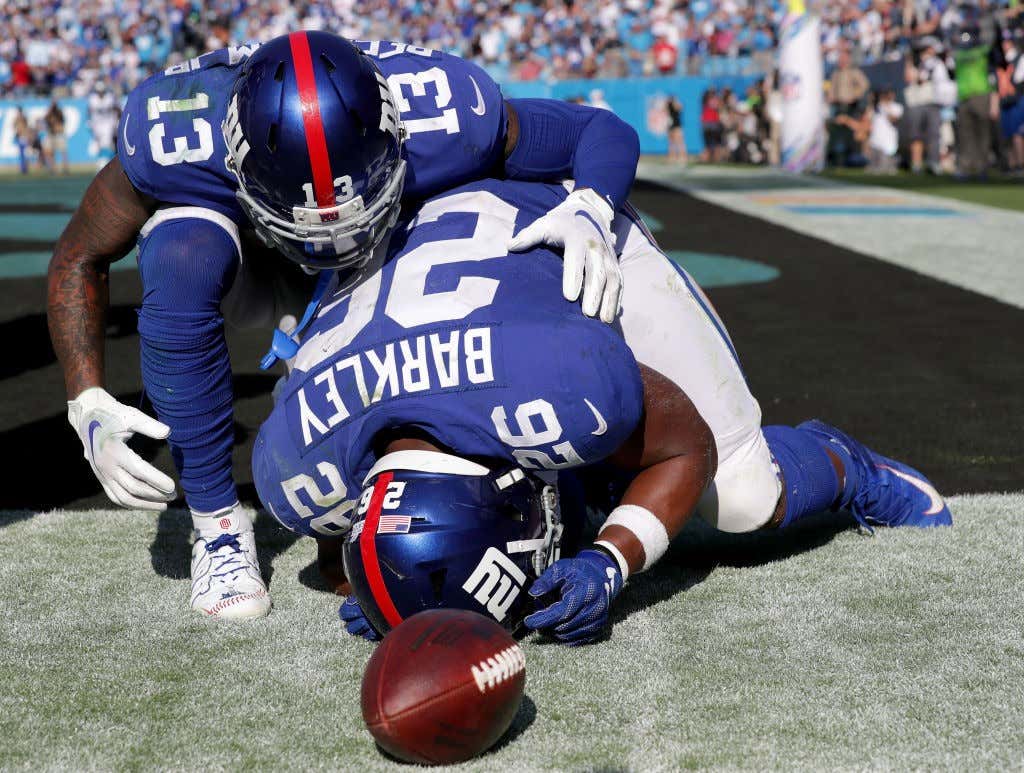 So the Giants are now 1-4, our aging quarterback lulled us to sleep, almost brought us back for a touchdown, and has every Giants fan’s brain slamming the gas when in neutral every time they see him because we don’t know how to deal with his role in the offense’s lack of production while rookie QBs from this year’s class show promise every week. Oh yeah and we have a short week playing against our rival on Thursday night in a must win game that may not even be a must win game because the season may already be over.

I think I hate football again. Can’t wait for death’s cold embrace to get here!