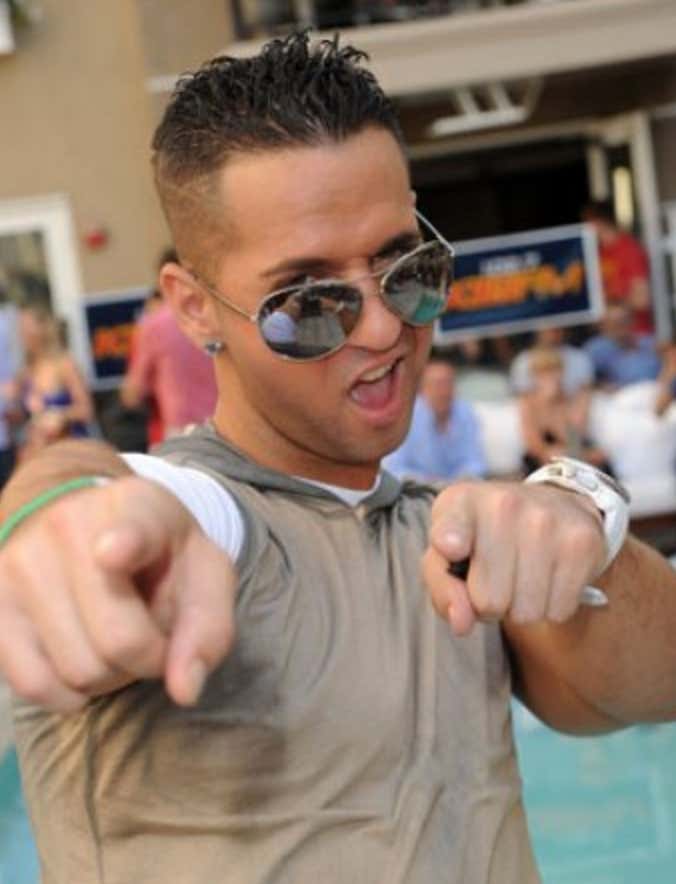 US – Mike “The Situation” Sorrentino has been sentenced to eight months in prison with two years supervised probation for tax evasion, Us Weekly confirms.

The Jersey Shore: Family Vacation star, 36 — and his brother Marc — were indicted in September 2014. He pleaded guilty to one count of tax evasion in January of this year and faced a five-year prison sentence. Marc was sentenced to 24 months in prison on Friday.

How are they gonna do our guy The Situation like this? 8 months for a little tax evasion? It’s like Tom Wilson all over again. If they were trying to make an example out of Mike, I guess they did a good job, but it’s bullshit. You can’t expect a guy who calls himself “The Situation” to pay his taxes. That wouldn’t be very on brand. I mean sure, he could have just hired an accountant to do the work for him, but that’s some next level thinking that Situation was not prepared to do. And besides, the whole tax evasion thing happened years ago.

What’s wild is his brother got 2 YEARS in prison. Holy moly. They didn’t kill anyone, they just didn’t want to give the government their earned money. They should let the man pay back his taxes, clean up some trash on the street, make a PSA saying “pay your taxes…that’s the situation!” and then move on. It’s a Frank Abagnale situation- we benefit more from Mike not being in jail than him being behind bars.

Except I will say this- his comeback reality show will make it worth it to him. I bet he already has a mid 7 fig deal in place for 8 months from now. Hopefully he takes that contract right over to H&R Block.