Tonight’s the night I hand over my belt to the next Rough N Rowdy Champion. Technically, it’s not an actual belt, it’s a 4XL RnR winter jacket that would make Frank The Tank look like Ellie Schnidtt, but that’s not the point of this blog. The point of this blog is to tell you who I’m rooting for because believe it or not, I have some skin in the game.

You see, ‘Jeans Guy’ is a known homophobe. Not in a funny, “this is my character way”, in a, “I once cleared out a gay bar with my bare hands” way (his words not mine). I thought I remembered this little tid bit about him so I texted the owner of Rough N Rowdy just to make sure. 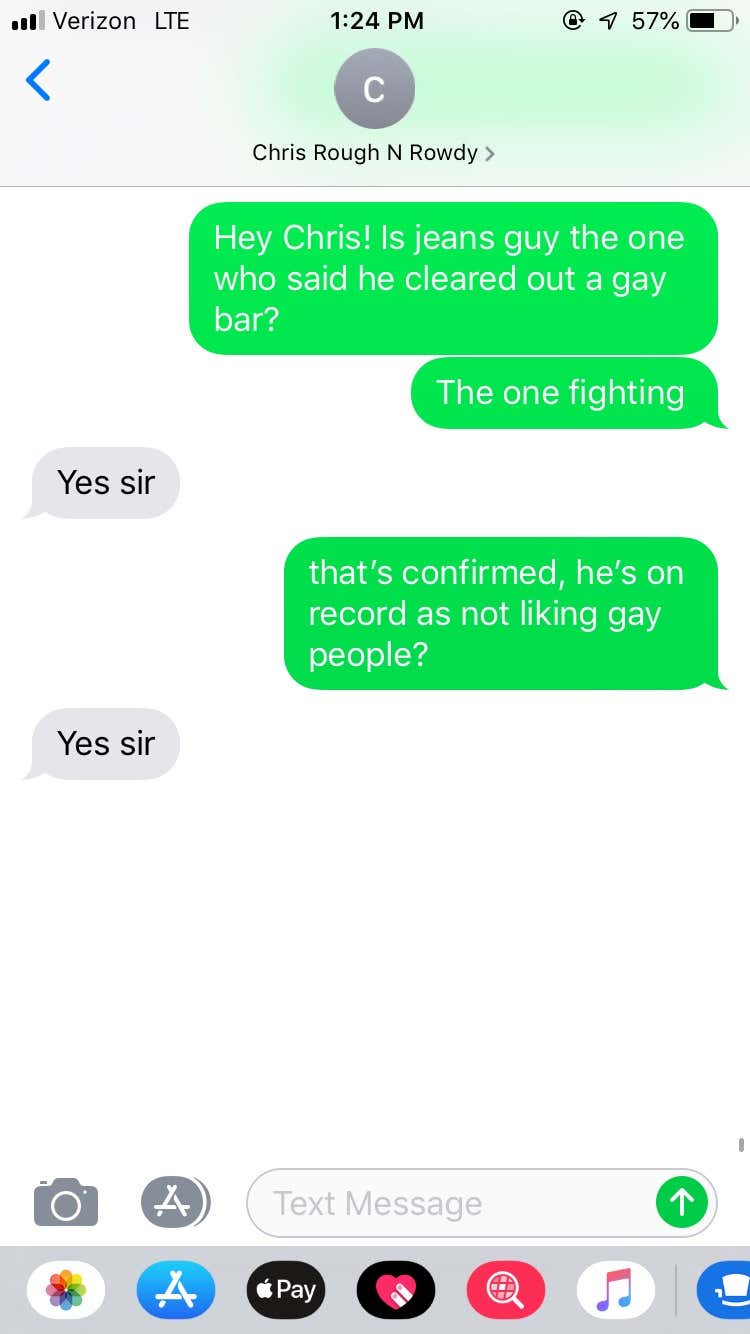 Yikes. This is why when the idea of me fighting was first floated around he was the first guy we thought of putting me against. Luckily, his shoulder was fucked up and a hundred other people wanted to fight me, so it never happened.

Anyway, he’s fighting Ryan Young aka the good guy. Ryan lost his job as a cop after appearing in an RnR 4 promo video and responded by putting on arguably the best RnR performance of all time.

The bottom line is these two guys are huge and they fucking hate each other. It’s like Pride VS Prejudice 2 plus one hundred pounds and I am one thousand percent on team Young. To the point where if Jeans guy wins I may have to hop back in the ring. This is Good vs Evil. Educated vs Inbred. Cop vs Criminal. It wouldn’t be right if the reigning champion was a guy who hates gay people. Especially right after I ended homophobia in sports with my victory.

The bottom line is I can’t wait to see these two duke it out. I’m looking forward to it more than any other fight and that’s saying something because my girl Jessenia is fighting.