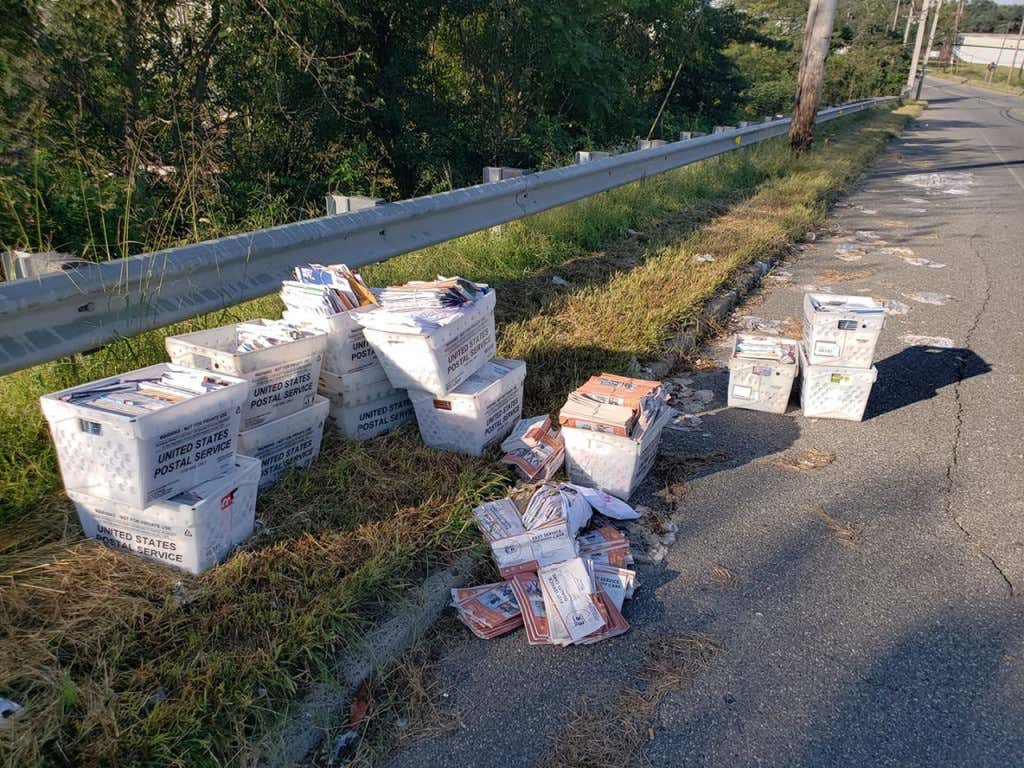 Star Tribune- The U.S. Postal Service says hundreds of pieces of mail meant for Philadelphia residents were dropped on the side of a New Jersey road when the carrier responsible for them quit his job.

Philly.com reports a New Jersey man made the odd discovery Sunday morning in Pennsauken. The man posted a picture of the missing mail on Facebook. Special Agent Scott Balfour of the U.S. Postal Service Office of Inspector General said in a statement the mail had been scheduled for a delivery on Aug. 8 from the Roxborough Station Post Office. According to Balfour, the Roxborough post office will deliver the mail.

The mail carrier who was responsible for the delivery resigned on Sept. 8. According to Balfour, the U.S. Postal Service doesn’t “anticipate any further action against” the former employee.

Congratulations faceless mailman/woman/person. You have officially been inducted to the #Mailtime Hall of Fame with the ultimate mail-in scenario. Anybody that has had a job life inevitably dreams about how they would quit it. Maybe you will write a phony email thanking all the coworkers you couldn’t stand, maybe you will tell off a customer after years of dealing with their shit, or maybe you will play your boss’s head like a bongo while leaving the office one last time.

But literally dropping your work mid-shift and heading home is true #goals shit. Especially if you are a postal worker. You spent years lugging tons of paper that is either junk or extremely important and cannot be lost under any circumstances. Your company’s unofficial motto hangs you out to dry by saying you will deliver that shit regardless of snow, rain, heat, or gloom of night. Gloom of night! And lets not forget about the dogs. Occasionally my wife will force me out of the house to take a walk around the block and even when I know where the dogs that bark are, it still scares the shit out of me. Now imagine going through that 6 days a week for your entire career and being 100 dogs’ biggest rival. Fuuuuuck that. That’s why I have no problem with this guy just dumping all the checks, medical bills, and Bed, Bath, And Beyond coupons on the side of the road and heading straight to the bar. Every person has their breaking point over the years and this postal worker clearly hit his in the middle of what turned out to be his final shift. Instead of half or even quarter assing it, he tapped out and hung his mailbag up in the rafters on the fly. A true #Mailtime hero.