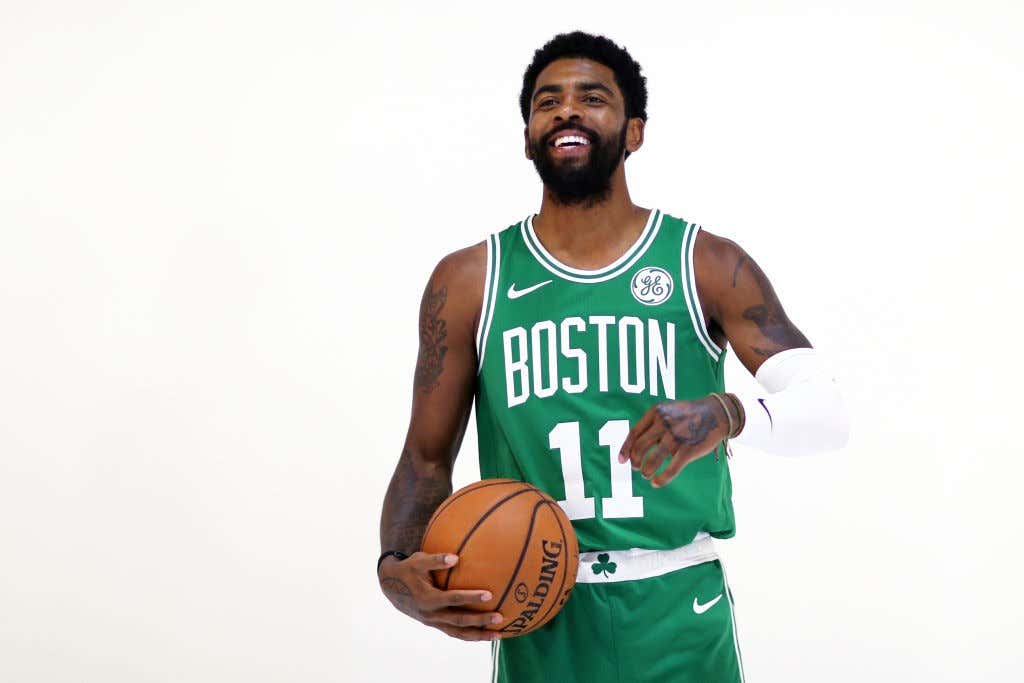 Well let’s fucking go!!!!! I thought Kyrie was going to the Knicks? That’s what the haters and losers of which there are many kept tweeting me this summer. Man Sixers and Knicks fans have to be sick to their stomachs. Just when they thought maybe something would break their way, reality has set in and they realize they are fucked. Personally, I’m glad we can put this all to bed. I think we all wanted to believe a statement like this was coming since Kyrie couldn’t stop talking about how much he loved Boston and couldn’t even think of leaving. Well now he HAS to sign. You don’t make this sort of statement and then back out.

And listen, I know what you are going to say. I didn’t love the Kyrie deal when it first happened, but you know what I’d rather focus on the future, and the future of the Boston Celtics is going to include Kyrie Irving. I’d say that’s pretty important. Now immediately my brain has gone to “what does this mean for Terry”, and now that they know Kyrie is committed and will be receiving max money, it’s going to be hard for Danny to match whatever RFA offer Terry may end up getting. But for now I will not worry about that and will focus on the positive. The Celtics have their franchise point guard for the foreseeable future. We now no longer have to lay awake every night wondering if his days are numbered. We can enter the season without a care in the world and focus surely on basketball. Thankfully this is one distraction we will not have to worry about.

We should have known that Ainge already knew this otherwise he would have traded Kyrie. Nobody gets the best of Danny Ainge but Danny Ainge. Until know though anything we as Celtics fans wanted to say to convince ourselves Kyrie was staying was simply hopes and dreams. Now, it’s set in stone and we can turn our attention to the regular season