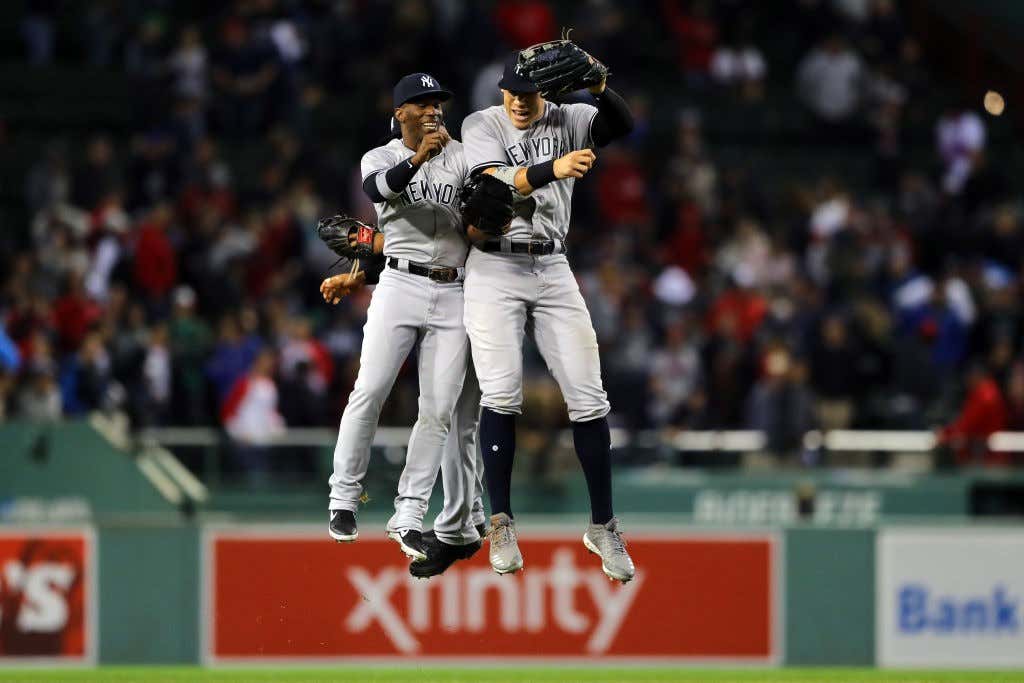 Well as if I wasn’t all in with the New York Yankees before, I pretty much now have my life on the line with this upcoming ALDS series. So the quick background of me being a fucking idiot is that I started doing a few watch parties throughout the year for the Yankees which can best be described as “Yankee stoolie get togethers”. They were a lot of fun and I thought it was a cool way to get stoolies together who couldn’t afford to go to the big games. We then did some for the playoffs and they were awesome with an amazing atmosphere and a ton of fun. The plan was to make them huge for the World Series and make the company money, but they obviously they fell a game short and that went away.

Fast forward to this year, the Yankees had their wild card game last night and I set up another watch party for the big game since tickets were outrageously expensive. My gigantic mistake here was I forgot to tell anyone important I was doing this (Dave, Erika, etc.) I sent out a flyer on Twitter about it and kept retweeting it. The flyer had the Barstool logo and since I didn’t clear this with anyone I was basically throwing an unsanctioned watch party. I obviously planned on going since Dallas was originally working the game. Well, it ended up turning out that Dallas was free of his obligations and me, Jared, and Dallas were going to go and do one of those live reaction videos. Well, fuck me. I didn’t show up to my own unsanctioned watch party and Dave got wind of the whole thing and fucking shredded me. I never meant any harm and was just organizing this in good faith for the stooolies, but I absolutely fucked up by not telling anyone about it and slapping the Barstool logo on the flyer. So here we are…

The punishment I now have is….

If the Yankees win: I’m off scot-free. Very ideal!

If the Red Sox win: I have to go to a Boston bar for EVERY Red Sox postseason game dressed in a Yankees jersey, a Yankees dunce hat, and a Yankees shirt that says “Red Sox Suck.” Basically the scene with Bruce Willis in the beginning of Die Hard With a Vengeance. It’ll be the worst experience of my entire life. Maybe my last. I mean I literally could die, but I have to sleep in the bed I made (I think that’s the saying).

Why am I feeling okay about this? Because I trust this team. I trust the New York Yankees to take down the Boston Red Sox. I trust Aaron Judge, Giancarlo Stanton, Luke Voit, Andujar, Didi, Gleyber, Hicks, Sevy, Tanaka, Happ, the entire bullpen. I believe in this goddamn team and I know they’re going to win this series. I’ve got more on the line than most here, and I’m sure a ton of you want you to see me in those bars so I can get the living shit beat out of me. Well, let’s dance tomorrow night. Yankees Red Sox. See you there.