There are a few givens every college football season: Texas loses a head-scratcher, college kickers will lose you money, and Nick Saban will bitch about fans not staying through the entire game. 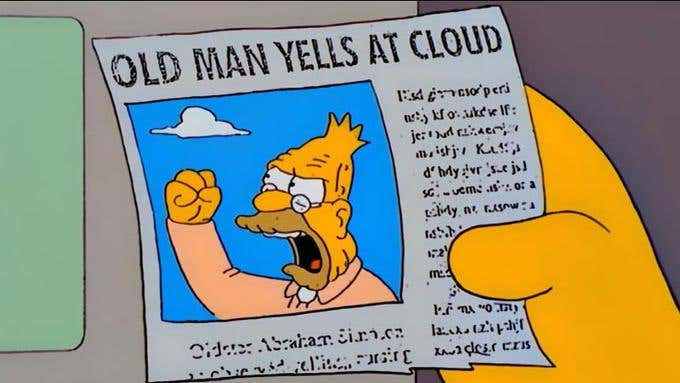 Yes, Nick, go full old man yells at cloud. Tell them they aren’t entitled to shit. Talk about the kids you grew up with in West Virginia. They wouldn’t DARE leave a game early!

SOURCE-“When I first came here, you used to play that tradition thing up there (on the video board) and everybody was cheering and excited and happy and there was great spirit,” Saban continued. “Now they don’t even cheer. They introduce our players and nobody even cheers. So I don’t know, maybe there’s something else somebody else ought to talk about. Maybe I shouldn’t talk about it. Maybe I already talked about it more than I should.”

This isn’t the first time Nick Saban has complained about this: 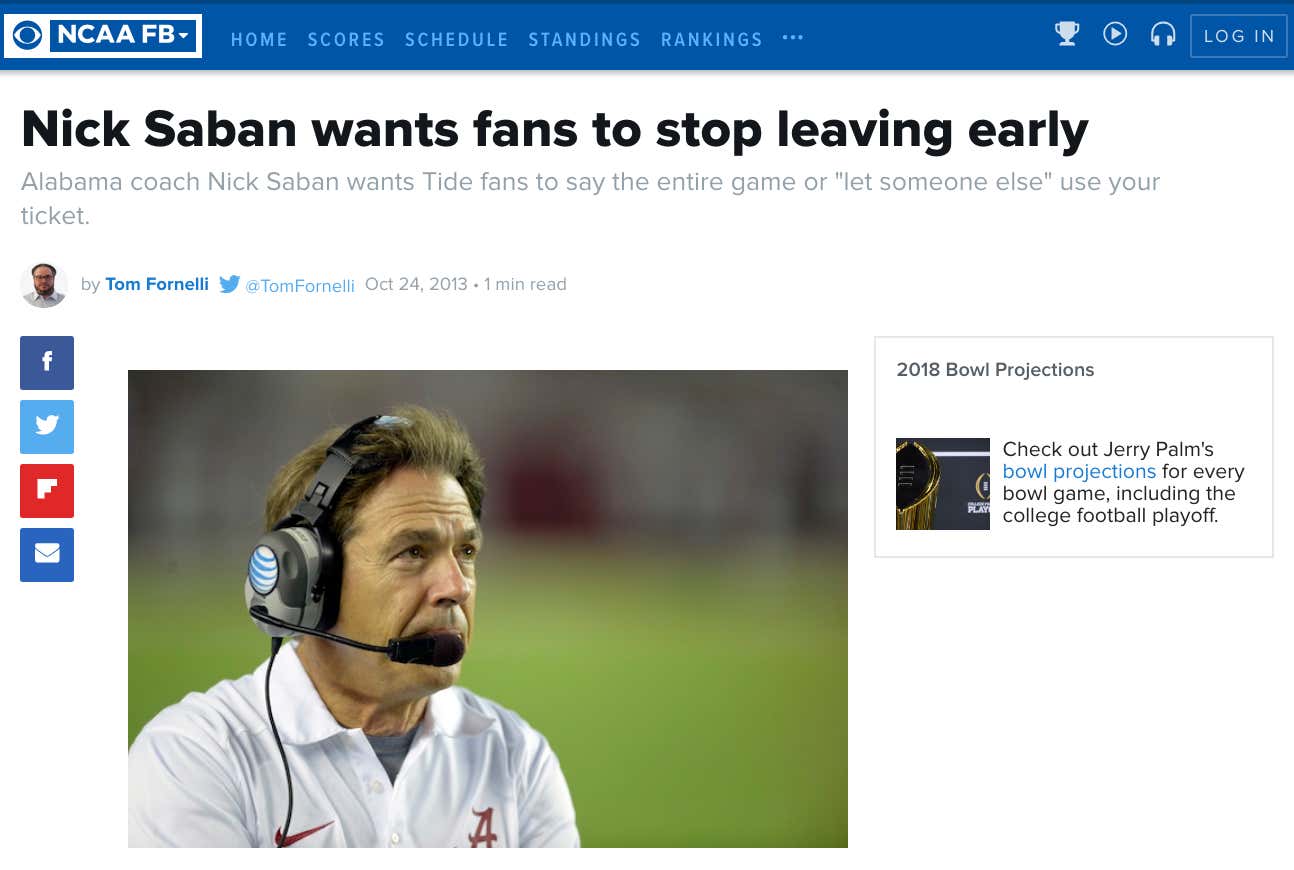 Do I get what Nick Saban is saying? Yes, but here’s an idea: if you are going to schedule Louisiana-Lafayette for an 11 AM kickoff on parents weekend, don’t get mad if the fans aren’t pumped up for that one. The score was 49-0 at halftime. What do you expect, Nick?!

P.s. When Nick Saban starts moving his right hand like this during a press conference while shrugging his shoulders you know he’s mad as hell: