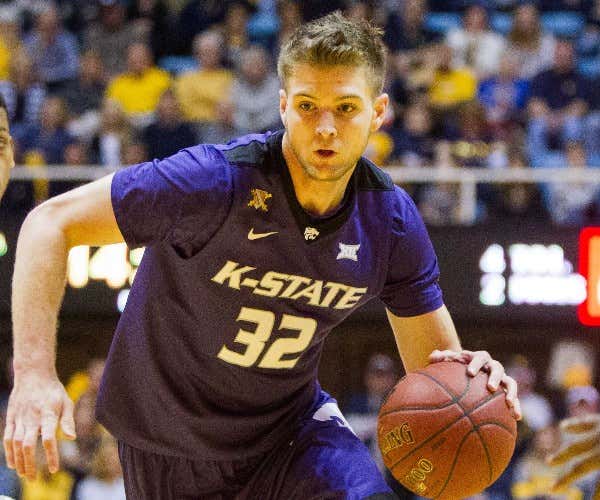 This is a little something I like to call preview season, which by my watch starts on September 1. From that date until the start of the season we have 65 days. In those 65 days I’ll give a team preview each day. There’s going to be no rhyme or reason for the order we go in these 65 days. It will just be 65 teams I think are worthy of a detailed preview. We’ll have other previews throughout the time leading up to the season as well – conference breakdowns, player rankings, team rankings, etc. But, these will just be team previews.

Well, for the first time since the names of Bill Walker, Michael Beasley, Denis Clemente and Jacob Pullen we have some high expectations in the Little Apple. That’s what happens when you make a run to the Elite Eight and return pretty much everyone from that roster.

Now the Wildcats enter the season as a top-10/12 team in the country and Bruce Weber is being praised. It feels a bit weird considering people have been calling for Weber to get fired from Kansas State for years. Now he’s coming off of an Elite Eight run, with a win over Creighton and Kentucky en route to it, a potential Big 12 Player of the Year on the roster and a team with lofty expectations.

We’ll start with that potential Big 12 Player of the Year. That guy is Dean Wade. A 6’10” big that can stretch the floor, shooting 40% from three last season on 91 attempts. He missed a good majority of the run in the NCAA Tournament due to injury as he played just 8 minutes total. Wade is someone who is wildly efficient and provides a different threat offensively for Kansas State.

That’s going to be the question for Kansas State this season though. The strength of this team is the defense, but can the offense do enough and more importantly consistently. Kansas State was 78th in the country last year offensively. It really relied on getting turnovers into quick, easy points and then beating guys off the dribble in the halfcourt. The Wildcats weren’t a great shooting team last year, ranking 216th in 3pt percentage and 176 in 3PA/FGA. Barry Brown, who may be the best two-way guard in the Big 12, led the team in 3pt attempts, but only shot 31%. He has to improve that shot if he’s going to be the go-to option from behind the arc.

Defensively, expect most of the same. Kansas State is going to get pressure, sit in a man-to-man and make you work. They like to play physical and they’ll adjust per game. The one that sticks out from last year is how they defended Trae Young the first time they played Oklahoma. Brown took the lead defense on him and went into essentially a faceguard, refusing to let him touch the ball once he made the pass and then chucked him as much as possible through cuts. When you look at Brown, Diarra and Sneed, you have three guys that can switch pretty much anything and really get up and defend. It’s not necessarily a press like you see West Virginia run, but they get out past the 3-point line and immediately pick up.

Ultimately it’s going to come down to the offense though. Yes, Kansas State made the Elite Eight, but are we caught up in that? They did beat Creighton and Kentucky, but also beat No. 16 UMBC. I’m not going to read too much into that and just look at what they did last year as 4th in the Big 12 and then return everyone. Wade is someone who can consistently deliver. Brown might be the best two-way guard in the Big 12. Diarra is a breakout candidate. There’s a ton of depth to this roster. This is a team that can challenge Kansas for the Big 12 title and a top-12  team in the country.