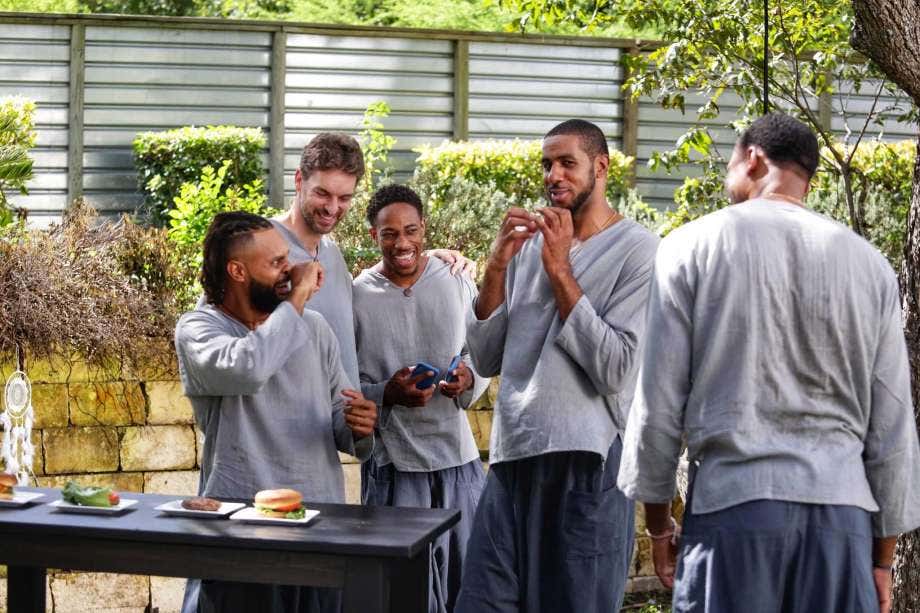 You may be a little confused right now, I understand that. Maybe you don’t know what HEB is, or why this even matters, so let me explain it. HEB is basically a giant supermarket chain based out of San Antonio. I’ve personally never been to one but I did have to do research on them for my old job so trust me when I say they are a big deal in Texas. They are everywhere, and it has become a tradition for the Spurs to make HEB commercials. As you would expect, they are awesome

I mean it’s impossible to hate these, the Spurs crush it every year. Well you can’t join this team without having to go through your HEB initiation and it looks as though DeMar DeRozan has officially filmed his commercial. I’ve never seen him act before and to be honest Kawhi was decent in his appearances so the pressure is on. You may think the real pressure is how he adapts to Pops system, can they survive with all this midrange, or if he will be the player to get them back into contention in the West. You’d be wrong. He could be great in all of those areas, but if he flops in his first HEB appearance, I feel like there may be some Spurs fans out there that hold it against him.

Some may be excited for DeRozan’s home debut, but personally I’m excited for his first commercial to hit the internet. I wish more teams did these type of ads with the whole roster involved, I feel like this is just one more example of how the Spurs are always one step ahead. For a team that everyone thinks is boring and shows no emotion, they sure as shit can act. Time will tell how DeRozan fits in.