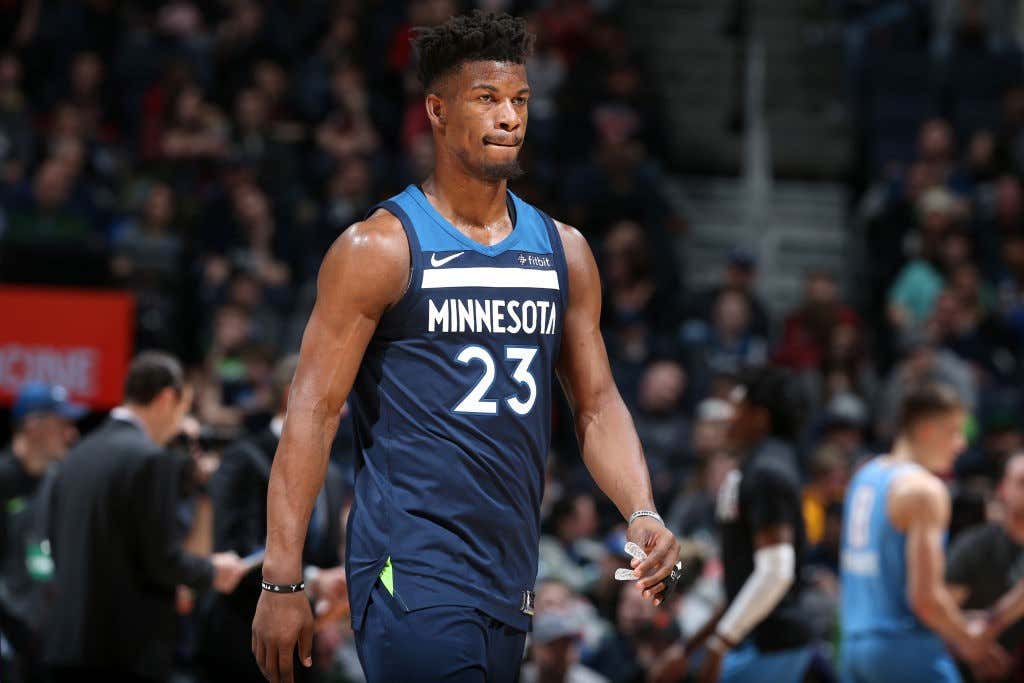 Full disclosure, I’m not sure how credible these potential deals are. I did my due diligence and hit up both Woj and Shams to see if they had any news about them and they didn’t. Normally I would ignore that tweet, but I’m willing to play the game. Let’s say these are the official three trade options Thibs has in front of him this morning. What makes sense? You know what that means, it’s time to dig into all three options.

First, we need to make sure if the money checks out. Butler is at around $18.6M, and Whiteside/Dragic combined make $42M, so MIN would obviously have to include something else. There are rumors that the real reason Butler hasn’t been moved is because nobody wants Gorgui Deng’s contract (15M) so let’s say that is part of this package as well. They’re still a little short, so maybe they add junk just to make this possible. If the money works, should the Wolves do this?

First off, this would allow them to find a way to get out of their Jeff Teague contract and maybe ship him to someone like PHX who needs a guard. Now it’s true, Dragic has the same $19MN player option for next season, I think we all agree he’s a better PG than Teague even if he is 32. The other reason I think MIA would offer this is because they want out of the Hassan Whiteside Era. It’s clearly not working there and that was clear since the second he signed his extension. If I’m MIN though, I’m hesitant if only because I’m not sure he fits what they do. I suppose this would allow them to move KAT to the 4 and have Gibson off the bench, but for a team that struggles defensively, that’s a bunch of money and years to take on for a guy I’m not sure solves that issue for them.

Granted, Whiteside may be rejuvinated in a new city and be that beast he was a few years ago, so maybe it’s worth rolling the dice.

From a money standpoint it’s a little short, but if the Timberwolves are serious about upgrading their guard play, this is the trade they make. I personally don’t think the talent is good enough, but at this point you have to take what you can get. Brogdon is about as solid as they come in terms of young cost effective point guards, and Bledsoe does give you that offensive spark. They could then trade Teague/Jones for other pieces if they wanted, but you could also play either of these two guys off ball just like MIL does. It gives them some lineup flexibility that they don’t really have right now, which isn’t the worst thing.

Frankly though, this is the weakest offer in my opinion.

OK, now I’m listening. The money lines up and honestly this solves two issues right off the bat for MIN. You get more shooting which this team desperately needs, and you get a guy in Tucker that you can spot start at the 3-4 and move Gibson to the bench. He’s a plus defender and just had a great playoffs in the West so you know he can hang in this conference. Eric Gordon is a volume scorer who while streaky would probably be the best three point shooter on this roster right away, and that helps give your franchise player in KAT some additional space to work.

From a lineup standpoint you can either slide Wiggins back to the 2 and have Tucker be your starting three, or you can just keep things how they are and start Eric Gordon. I hate to say it, but I think this is the best option for MIN to seriously consider. Maybe throw some picks in there or something, and while I’m sure they prefer to send Butler out of the conference and not to a team they are trying to catch, you have to take the best deal right? That’s what Thibs said, that they aren’t going to just trade Butler and take a bad deal.

Well, if these are really the only offers on the table right now, isn’t this the best deal? I think it is.

But as is law around here, until we see something from Shams/Woj I would take these options with a grain of salt. Maybe you’re a MIN fan and you don’t love any of these options, and if that’s the case I feel for you. It’s a shitty spot to be in when you have to trade a Top 15 player and what you get back you aren’t super thrilled about. I think best case is obviously the Kawhi/DeRozan deal, but I’m not sure that’s out there at this point with the season so close. It’s crazy this trade STILL hasn’t happened yet, but I can’t imagine we’re too far away from a late night Woj/Shams bomb. So I’m curious, if you were Thibs and these were your options, what are you going with?